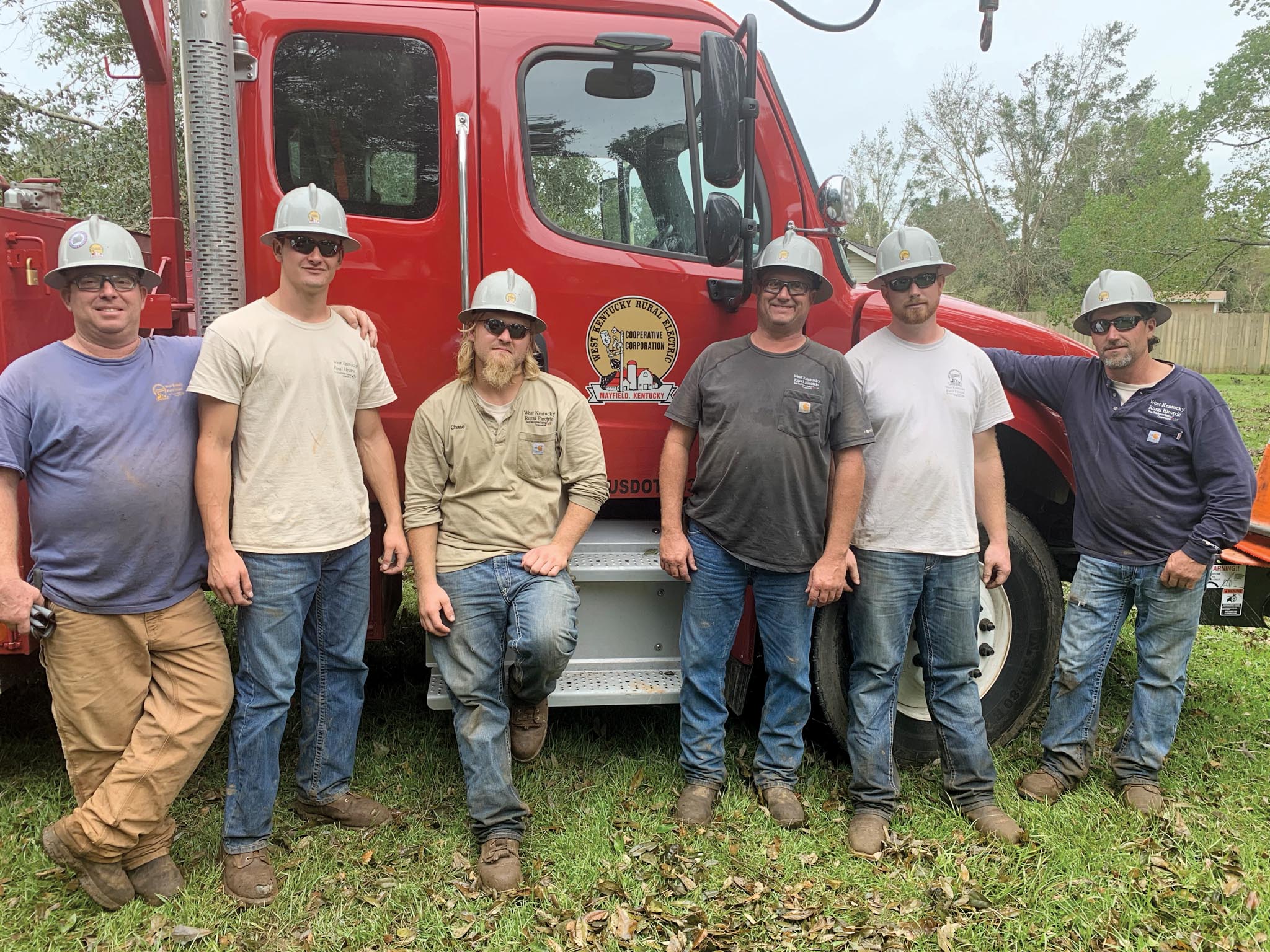 After a grueling week helping restore power to hurricane-ravaged southwestern Alabama, 87 employees from 12 Kentucky electric cooperatives returned home safely in late September, buoyed by the gratitude of the co-op they assisted.

“It’s a call you hope you never have to make, but when you do, you’re so grateful to be a part of the mutual aid program,” says Baldwin EMC CEO Karen Moore.

“So many times, we’ve waved goodbye to our own crews as they’ve departed to help a sister cooperative. To be on the receiving end of that assistance, to watch the trucks from 100 assisting cooperatives roll into town like the cavalry, was an experience we’ll never forget. They didn’t just help Baldwin EMC, they helped put the broken pieces of our entire community back together.”

Baldwin EMC is one of the dozens of electric cooperatives that deployed thousands of crew members to Kentucky to restore power after the 2009 ice storm.

“This is what co-ops are all about,” says Charlie Lewis, safety instructor at Kentucky Electric Cooperatives. “Knowing that we are helping each other is its own reward. And for hurricane relief, we were fortunate. The days were cool for southern Alabama in September and the people were some of the nicest you’d ever hope to meet.”

Baldwin EMC provides service to more than 80,000 meters across approximately 1,500 square miles of territory, and Hurricane Sally made landfall at its maximum intensity in Gulf Shores, with Fort Morgan having reported wind speeds of 121 miles per hour. Some of the unique circumstances the co-op faced included the size of its distribution system, consisting of 4,702 miles of line; salt accumulation and water intrusion over some equipment due to its proximity to the Gulf of Mexico; and the diverse nature of its service territory, which includes thousands of acres of dense timberland, numerous watersheds and marshy areas, and 32 miles of coastline.

The slow-moving system triggered storm surge flooding and dumped more than 20 inches of rain. Because the ground became quickly saturated, trees and poles not only cracked in half, but many were completely uprooted.

Based in Kentucky, United Utility Supply Cooperative responded to meet the material needs of co-ops across Alabama, providing round-the-clock support through its warehouse in Prattville, Alabama.

After Sally made landfall, 97% of Baldwin EMC’s system was left without power. The cooperative’s initial damage assessment included an estimated 4,297 trees on lines, 2,000 broken poles, 1,238 broken crossarms, and 4,160 spans of line on the ground. Additionally, only five of the cooperative’s 22 substations remained in service the day after the storm.

“We knew we had a massive undertaking ahead of us, but we also knew we would get through this with the help of our friends,” Moore says. “We asked for help, and they showed up, and we hope that someday those crews will return and enjoy our beautiful area. We hope that they’ll take pride in knowing they played a vital and significant role in our recovery.”