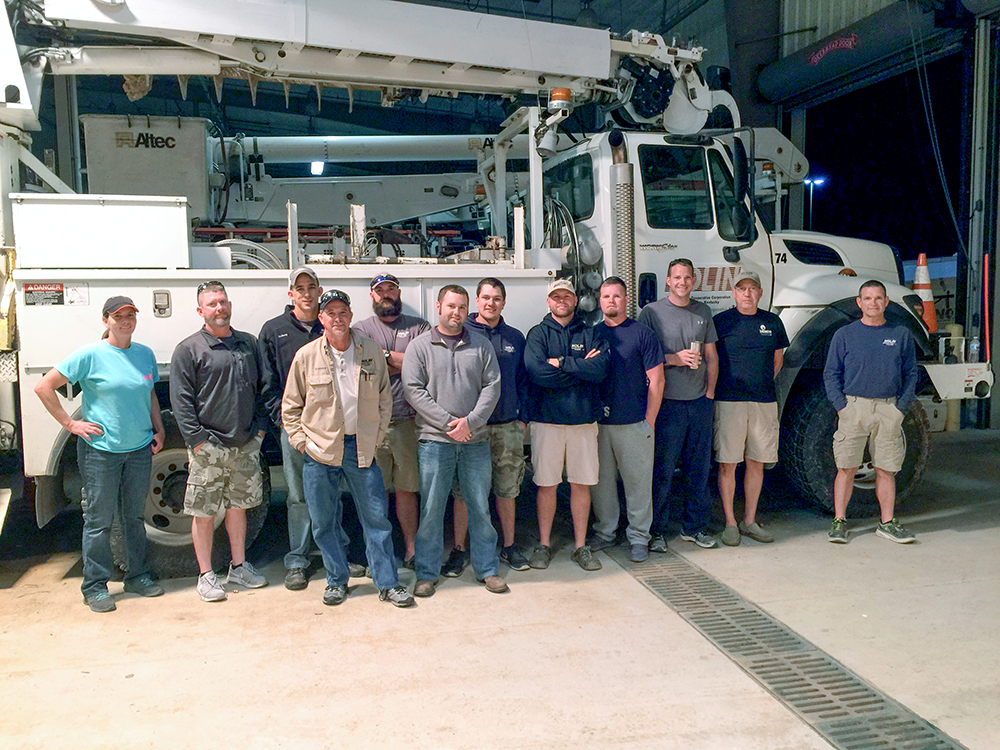 All 41 of Georgia’s electric cooperatives sustained damage from the September storm, resulting in more than 550,000 customer members without power, a record number of outages.

“Going into an area with widespread storm damage is one of the most dangerous things you can do as a lineman, but also one of the most rewarding,” says Calvin Larkins, West Kentucky RECC construction manager.

Crews faced downed trees and flooding, and had to stay aware of snakes and other wildlife while reaching hard-to-access areas.

The Kentucky linemen were also greeted by grateful Georgia co-op members, who thanked them with handmade signs and messages on social media.

The top priority of each local Kentucky co-op is service to its own member-owners. Before committing resources to mutual aid requests, each co-op ensures it has ample crews available for all local needs, including routine maintenance and emergencies.