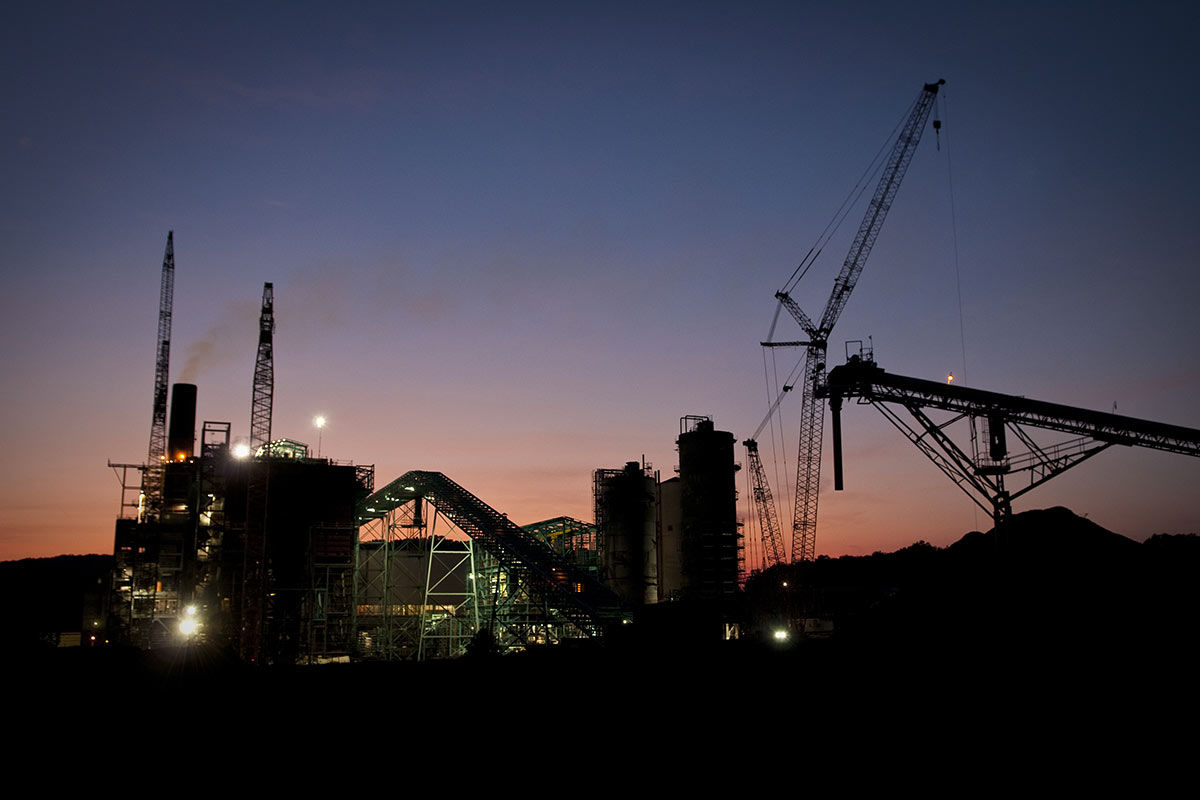 The cost of electricity goes up each time a power plant must be modified to meet environmental regulations. In 2011, East Kentucky Power Cooperative spent $225 million to add a scrubber at its coal-based Cooper Station power plant. The co-op will spend another $15 million this year to make more modifications to comply with new federal environmental regulations. Each temporary shutdown during construction must be carefully coordinated so that other generators will be available to produce enough electricity to meet expected demand. Photo: EKPC

After Travis Fisher retired from a career as an economist with the Federal Energy Regulatory Commission, he began a new job as an economist at the Institute for Energy Research, a not-for-profit group that studies global energy markets. At IER he’s putting his in-depth knowledge to use to help electricity consumers understand the far-reaching effects of energy policy decisions. These days he’s spending a lot of time talking about IER’s Story of Electricity, an education project that explains how the American power grid works.

Instead of a book or series of lectures, the Story of Electricity is an online report you can read on your computer or smartphone any time you have a few minutes. It’s free, no password needed, at this Web site: www.storyofelectricity.org. There’s a quick version similar to a slide show with basic information, plus longer in-depth essays covering the day-to-day realities of generating, transmitting, and distributing electricity. Based on careful science and engineering, with plenty of historical tidbits thrown in for background, the report is clear and concise—but with a purpose far beyond a technology lesson.

Energy’s role in the economy
In the very early days of building America’s vast power grid, energy decisions made at the local, state, and national level focused on two practical priorities: Does this course of action lead to reliable electricity? Will the cost of that electricity be affordable? But over the decades a third priority moved into the decision-making process: How will this activity affect the natural environment?
Until recently, individual electric utilities, state public service commissions, and federal policymakers looked for the answers to these questions as equal parts of a whole problem. It was a balancing act with each question having equal importance. But the decision-making process today is different. Environmental regulations are playing a larger role than ever before. And the authors of IER’s Story of Electricity believe that’s a problem.

The report notes three ever-present threats to reliable electric service—weather, accidents, and cyber attacks. Although these threats are unpredictable, power grid operators and utilities have developed the best practices to prevent or minimize outages and keep disruptions as short as possible. Defenses are strong, alternative plans are always at the ready, and damage is repaired promptly. A diverse mix of power sources with many options for different combinations of generators is available to keep power flowing steadily. This mix allows power grid operators in multi-state regions great flexibility during unavoidable disruptions.

But the report identifies a new danger to the power grid. It says, “The most significant threat is also the most avoidable—bad policy. Federal and state policies are already increasing electricity bills around the country, and the worst effects are yet to come. The federal government, and particularly the U.S. Environmental Protection Agency, is promulgating regulations that will reduce the reliability of the power grid with little thought of the consequences.”

Those policies include using much less coal and much more solar and wind. The report says that shifting toward unreliable electricity that costs more will affect not just America’s strong manufacturing base, but every sector of the economy and every part of daily life for consumers.

Widespread economic impacts
The IER is not the first organization, nor is Travis Fisher the first utility industry expert, to warn that these policies will send reliability down and electricity prices up. Last year Senator Lisa Murkowski of Alaska prepared a report for Congress and the public called Powering the Future: Ensuring that Federal Policy Fully Supports Electric Reliability. (See the August 2014 Future of Electricity column, “How will we keep the lights on?”)

Recently, a federal regulatory agency, the North American Electric Reliability Corporation, has begun making cautionary statements about how closing certain coal-based generating plants may cause reserve capacity levels to fall below acceptable minimums. That means that during times of peak demand for electricity on hot summer afternoons and during extremely cold winters there might not be enough power sources operating to keep the grid reliable. Flickers, brownouts, and blackouts could happen.

What’s different today is the urgency of these warnings. It’s not just a matter of household budgets getting squeezed as electricity prices go higher. And it’s not just about the disruptions and inconvenience of brownouts and blackouts when there isn’t enough electricity to meet consumer demand for power. A reliable, affordable electricity supply is the backbone of the American economy.

That’s particularly true in Kentucky. For several years, officials in state government have been studying the increasingly long list of new federal regulations and the short timetable for their effective dates.

When Kentucky’s Cabinet Secretary for Energy and the Environment Len Peters delivered a comprehensive report to Governor Steve Beshear in December 2013 about the role electricity plays throughout the state, Peters said, “A primary purpose of this study is to encourage in-depth discussions among policymakers and our citizens regarding our energy future and our economy. In a coal-dependent state that has long enjoyed affordable, predictable electricity prices, these discussions are not easy.”

The conversation continues today, and electric co-ops and the members they serve are actively involved.

Web exclusive: Kentucky energy videos
What’s the connection between Kentucky’s low-cost, reliable electricity and the state’s manufacturing base? What effect do national energy policy decisions and federal regulations have on the state’s economy?

Two videos produced by the Cabinet for Energy and the Environment provide insights. The first video, Shifting Lines: Kentucky’s Changing Energy Landscape, is a short overview focused on the way electricity production within the state has changed over the decades. The second video, Made in Kentucky, features interviews and commentary from a wide cross-section of people about the role steady, low-cost electricity plays in advanced manufacturing in the Commonwealth.