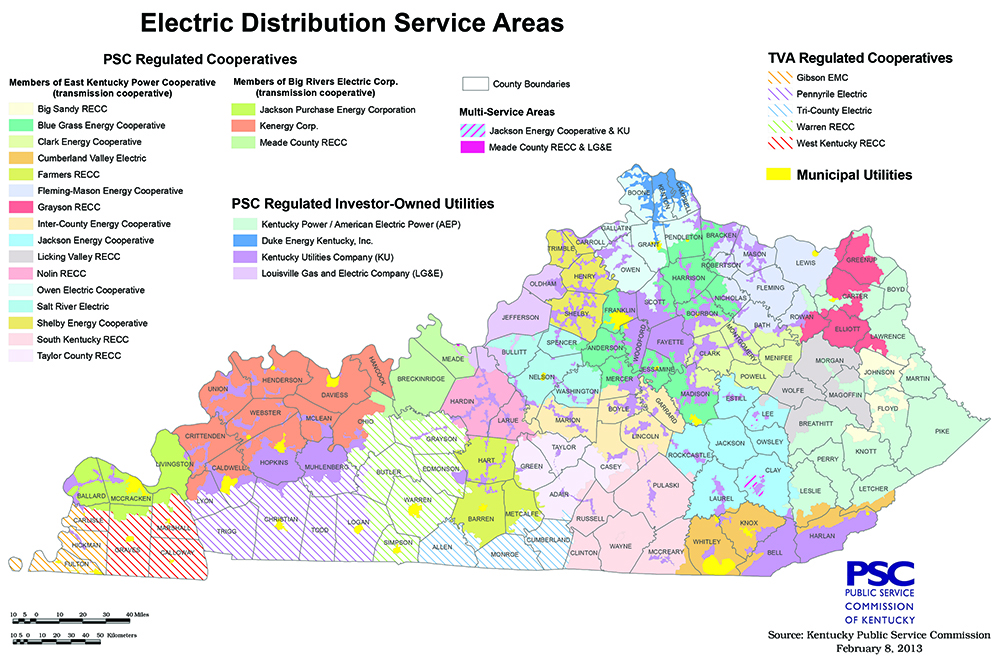 Electric co-ops are local to best serve you, and part of a national network that provides electricity to 88 percent of U.S. counties

Your local electric cooperative is the most important co-op you need to know about. But, did you know that it is part of a wider co-op family?

Electric cooperatives are at work in 117 of Kentucky’s 120 counties, providing safe, reliable and affordable electricity to more than 1.5 million Kentuckians.

More than half of the land mass in the United States is powered by electric co-ops. From booming suburbs to remote farming communities, America’s electric cooperatives are energy providers and engines of economic development for more than 19 million American homes, businesses, farms and schools in 47 states. In all,  co-ops serve about 42 million people across 88 percent of U.S. counties.

Your local co-op is in the best position to serve its own home area because a cooperative—by its very nature—is uniquely suited to understand its own community. Co-ops are built by, belong to and are led by people in their own local communities.

That means local control with the interests of local communities in mind. When you have questions about energy in your home, business or house of worship, your local electric co-op is your trusted energy adviser.

How many co-ops are there?

Who sets the rates?

Understandably, one of the most common questions asked about any electric service is, “Who sets the rates?”

Did you know that Kentucky has the seventh-lowest electric rates in the nation (tied with North Carolina)? Keeping electric rates affordable does not just happen. It takes careful planning and the insight of experts with years of knowledge in technology and energy management.

All 26 Kentucky co-ops belong to Kentucky Electric Cooperatives , the statewide association that publishes this magazine. Membership gives the co-ops the opportunity to share information and practical advice. By pooling resources, co-ops encourage innovation and high standards in every facet of their business, including safety training, disaster response, communications technical knowledge.

Kentucky Electric Cooperatives also speaks on behalf of co-ops in providing information to elected officials in Congress and the state legislature; the governor’s office; and federal and state agencies, including the PSC. This advocacy is to alert and educate leaders so they know how government policies affect your bills, and the ability of co-ops to effectively serve you.

In the center of this issue, you’ll find a special pullout, the 2019 Kentucky Legislative Guide, showing Kentucky’s elected leaders and a list of General Assembly members that represent you.

“We encourage Kentucky’s electric co-op consumer-members to keep this guide handy,” says Chase Crigler, community and government affairs director at Kentucky Electric Cooperatives. “It’s important for members of the General Assembly to know that the local consumer-members of Kentucky co-ops are also voters who stand up for their co-op.”

Co-ops work with economic development officials to promote our local communities as great places to live and locate business. With competitive electric rates, a dedicated workforce and an attractive quality of life, Kentucky co-op territory is open for business.

Kentucky’s electric cooperatives are home to a wide variety of
businesses. Co-ops work with employers to find the best fit for their operations, utilizing tax incentives and maximizing Kentucky’s central location and superior transportation.

“Your local electric co-op remains the most important co-op,” says Chris Perry, president and CEO of Kentucky Electric Cooperatives, “but there is strength in numbers, and Kentucky co-ops work together to protect and advocate for consumer-members. It’s the cooperative way.”