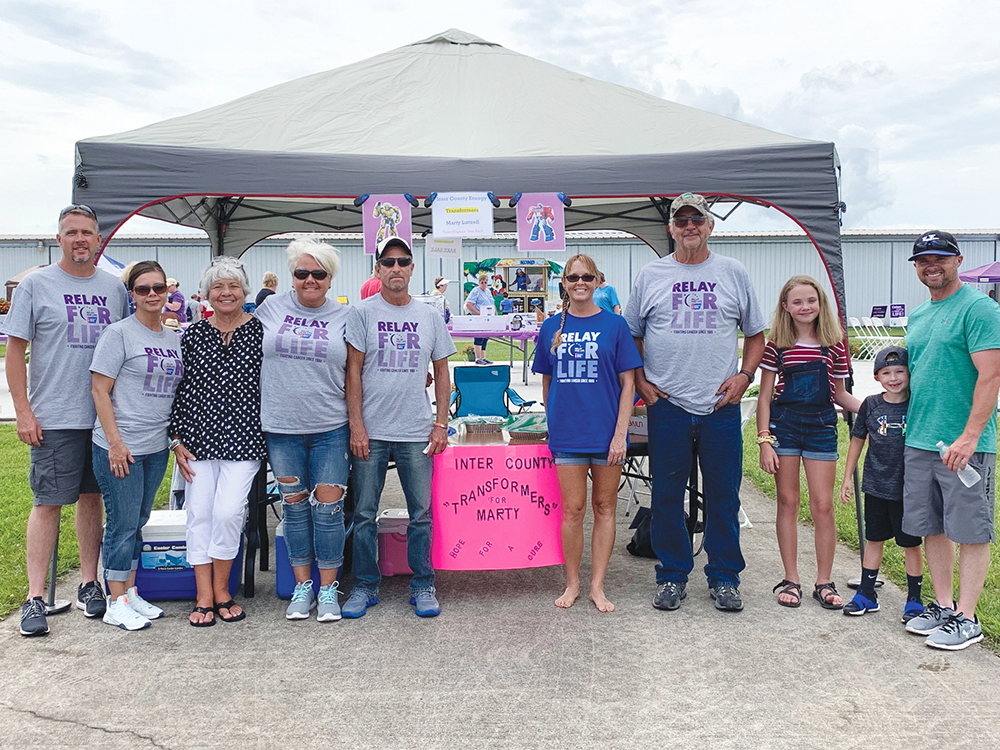 Members of the Carter County WolfPack just broke from their pregame huddle, howled and are running onto the baseball field. Right behind them, literally and figuratively, is coach Bradley Cherry, who also is chief financial officer for Grayson RECC.

Bradley coached the 8-year-olds’ team last year and the 9-year-olds’ this year. Both are traveling teams, which means they play against other select teams. He also volunteers coaching Little League.

In addition, Bradley has been a Little League umpire for more than 20 years and serves as coordinator for state umpires. He hopes to umpire the Little League World Series. He also coaches youth and high school basketball.

As Bradley tells his young players, baseball is all about “communication, teamwork and trust.” That serves them well in the rest of their lives, he says, where “you have to trust, communicate and work together to achieve great things.”

Marty Luttrell makes everyone laugh. Mornings at Inter-County Energy Cooperative’s district office in Lebanon never officially began until Marty and Larry Wheatley had their morning “argument,” much to the delight of their co-workers.

Marty started at the electric co-op in 2001 and was promoted in 2003 to lineworker. He transferred to the Lebanon office in 2006, and in August 2014 was promoted to crew leader.

Nine months before he retired on May 1 this year, Marty was diagnosed with cancer.

Sharon “Sam” Bach and other of Marty’s former colleagues decided to fight Marty’s cancer their own way. Sam formed a team to participate in the American Cancer Society’s Relay for Life.

“We did a Facebook fundraiser, collected silent auction items, sold luminary lanterns, had a bake sale and sold water at the event to make money for our team,” says Sam, team captain and supervisor of district office services.

The co-op employees raised $1,652 as a first-year team. “We are like family here. It was just the right thing to do,” Sam says.