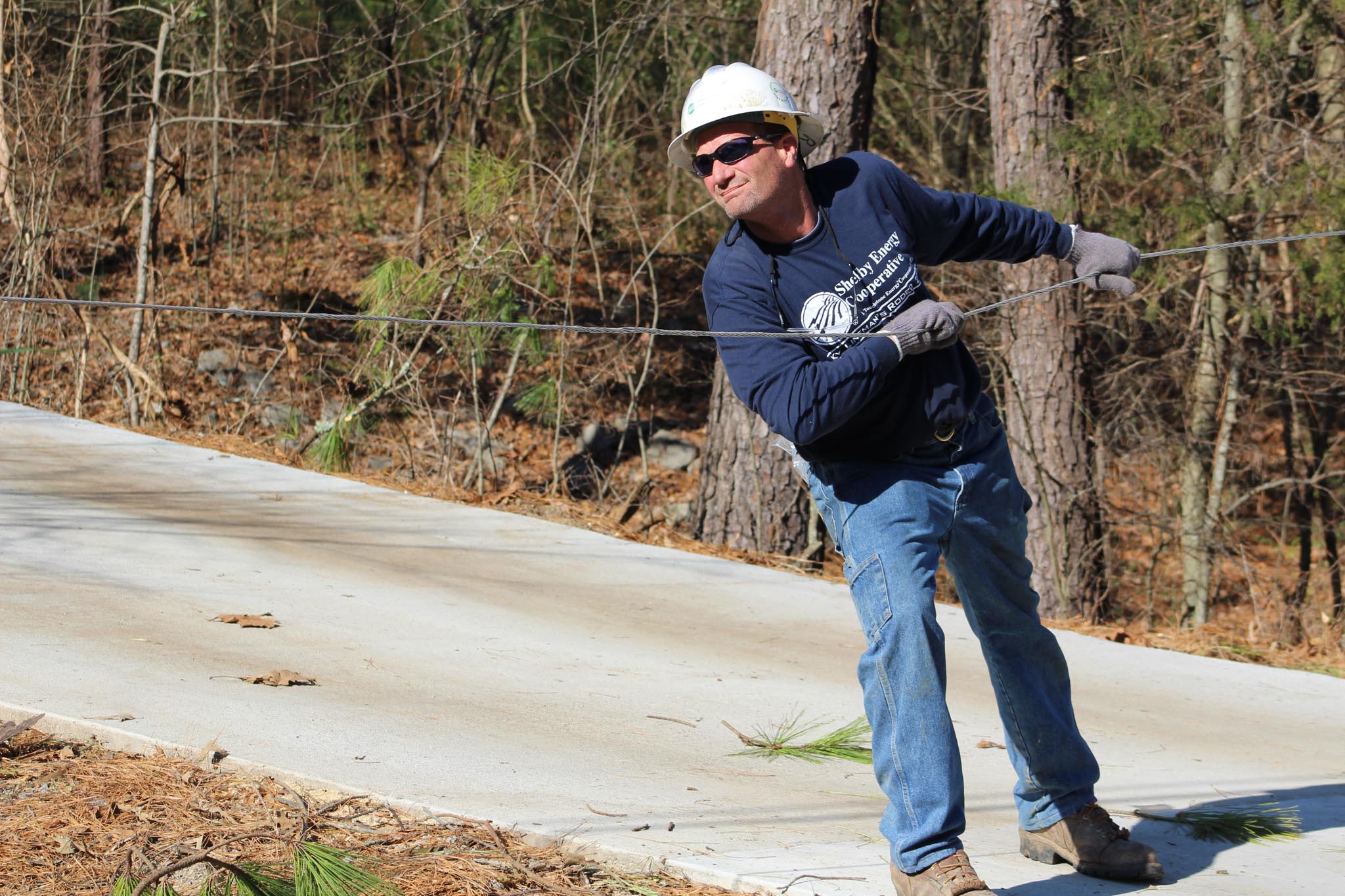 Lineworker Michael Nethery of Shelby Energy is part of many mutual aid crews that came to the assistance of storm-ravaged west Kentucky. Lineworkers are trained professionals; assume all downed lines you see are still energized and never touch a downed line. Photo: Wade Harris

THE BRUTE STRENGTH of a series of tornadoes that pulverized Kentucky and three other states on December 10 and 11 can be seen in the devastation left behind in at least 28 counties.

But what followed is even stronger–the people who rushed in to help, rescuing and treating victims, clearing debris, feeding and clothing neighbors, praying and consoling and restoring the services so important for life.

The initial shock of the disaster now gives way to dealing with the aftermath, grief and worry about what the future holds. The mission of Kentucky’s electric cooperatives and Kentucky Living is to improve the quality of life in Kentucky. We pledge to do our part as Kentucky recovers from this disaster.

Downed utility poles and wires in the Mayfifield area at dawn on December 12. Photo: TVA
Pennyrile Electric crews, along with Davis H. Elliot crews, work to replace more than 120 poles in the 41A area in southern Christian County. Photo: Ali Cotton, Pennyrile Electric Safety Director
On December 15, Warren RECC crews restore lines on a new pole they recently set at the Kentucky Transpark in Bowling Green. Photo: Warren RECC
Farmers RECC crews replace a string of broken poles in Hart County where a member lost a silo, barn and other buildings. Photo: Bill Prather
An aerial view of Dawson Springs. Photo: Whitney Westerfield
A destroyed truck sits in the aftermath of a tornado that struck downtown Mayfield. Photo: Wade Harris
Downed power lines in one neighborhood in Bowling Green, not far from the State Route 31W bypass, that took a direct hit from the tornado. Photo: Wade Harris
West Kentucky RECC lineworkers, alongside crews from Licking Valley RECC, work to restore power in Benton. Photo: Wade Harris
One of many houses ripped from its foundation in Gilbertsville in western Kentucky. Photo: Wade Harris
Share This