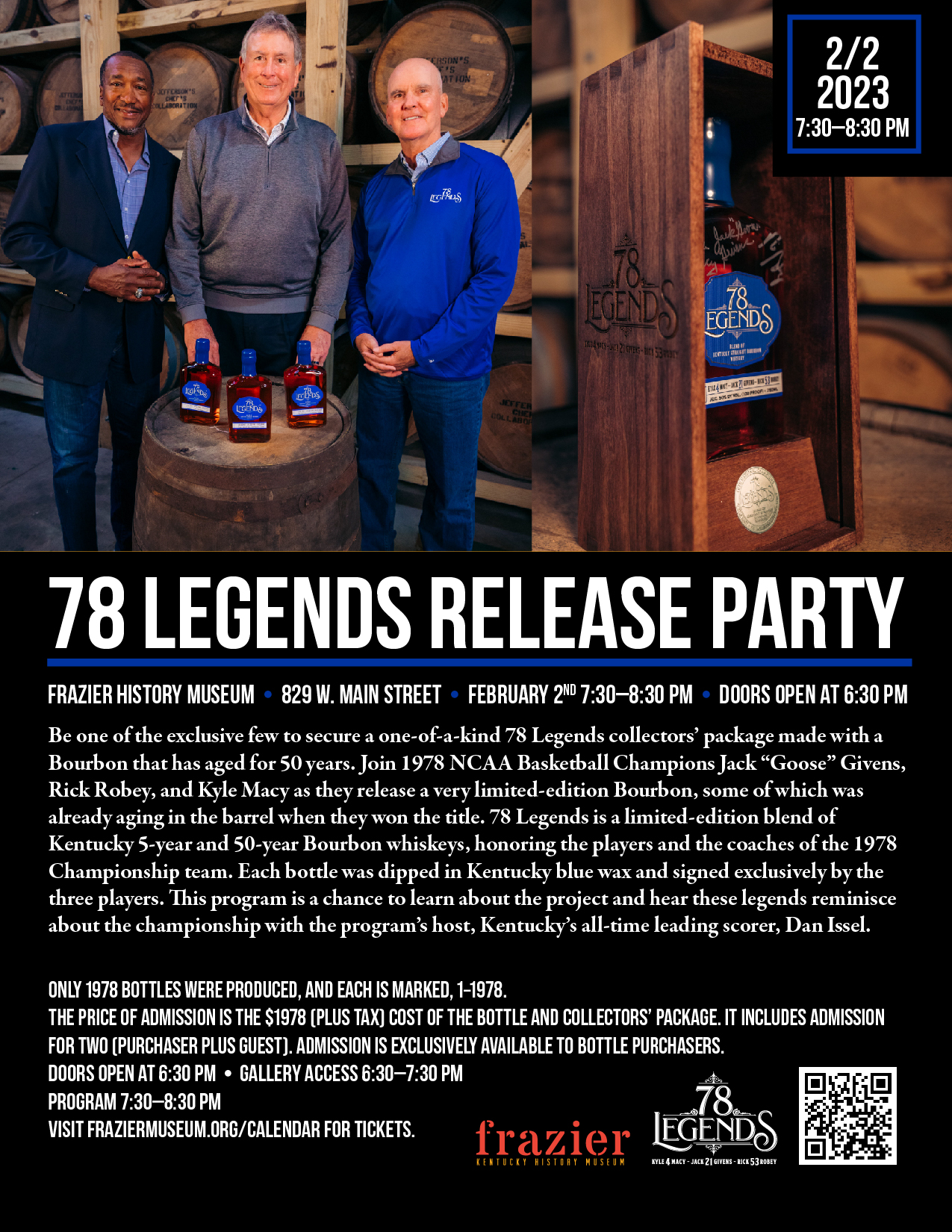 Be one of a select few to secure a one-of-a-kind 78 Legends collectors’ package made with a Bourbon that has aged for 50 years. Join 1978 NCAA Basketball Champions Jack “Goose” Givens, Rick Robey, and Kyle Macy as they release a very limited-edition Bourbon, some of which was already aging in the barrel when they won the title. 78 Legends is a limited-edition blend of Kentucky 5-year and 50-year Bourbon whiskeys, honoring the players and the coaches of the 1978 Championship team. Each bottle was dipped in Kentucky blue wax and signed exclusively by the three players. This program is a chance to learn about the project and hear these legends reminisce about the championship with the program’s host, Kentucky’s all-time leading scorer, Dan Issel.

Admission: $1,978 (plus tax) cost of the bottle and collectors’ package. It includes admission for two (purchaser plus guest). Admission is exclusively available to bottle purchasers.