Kentucky is home to some of America’s most talented people and the source of some of its greatest ideas. Through its arts, customs, and achievements, Kentucky boasts a unique culture that has helped change the world. In other words, Kentucky is cool.

“From Mammoth Cave to Muhammad Ali, Kentucky is home to some of the coolest people, places, and things on earth,” Frazier Museum President and CEO Andy Treinen said. “In this exhibit, we’re putting a spotlight on both the hidden histories and famous figures of the Commonwealth: folks like Willa Brown Chappell, the first African American woman to obtain a pilot’s license in the U.S.; and the Hill sisters, who wrote and composed “Happy Birthday to You.”

Cool Kentucky is designed to bring the state to life in all of its many facets. It inspires thought, provides insight, and brings understanding about who we are, how we came to be, and where we can go. Those who experience it will be motivated to see Kentucky for themselves — taking in the state’s many attractions, sights, sounds, and tastes, from north to south and east to west.

The centerpiece of the exhibit is KentuckyShow!, a high-definition multimedia experience narrated by Kentucky’s own Ashley Judd.

One notable object in Cool Kentucky is a re-issue of the 1956 Heisman Trophy awarded to Notre Dame quarterback Paul Hornung, a Louisville native and Flaget High School alum who passed away November 13, 2020. Museum visitors are invited to strike the world-famous “Heisman pose” beside the trophy and post a photo to social media with the hashtag #HeismanAtFrazier. The trophy is on loan to the Frazier from the Green Bay Packers, the team that selected Hornung first in the 1957 NFL Draft. During Hornung’s nine seasons with the Packers, the team would win four NFL championships, including Super Bowl I.

*While the Cool Kentucky exhibit is permanent. The ’56 Heisman Trophy will only be on short term loan through June 1, 2021.

For more details about the exhibit, visit fraziermuseum.org/exhibits/cool-kentucky. 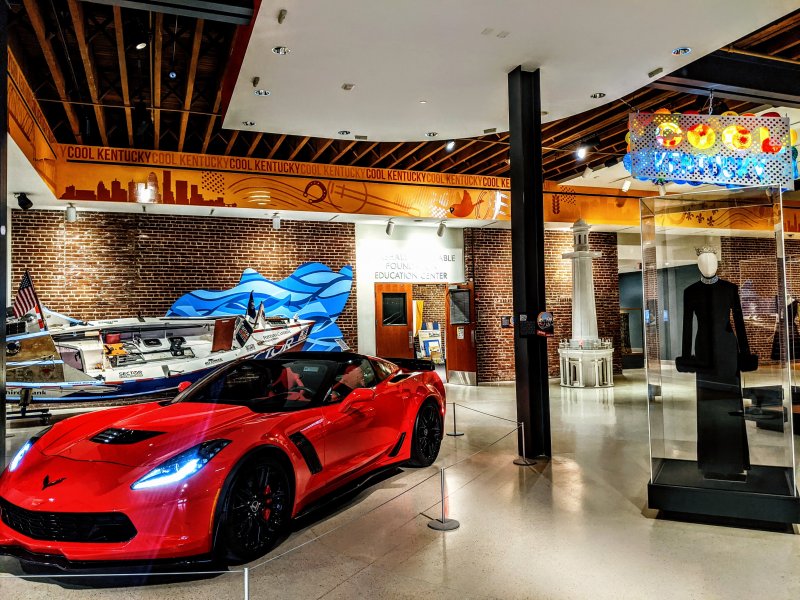