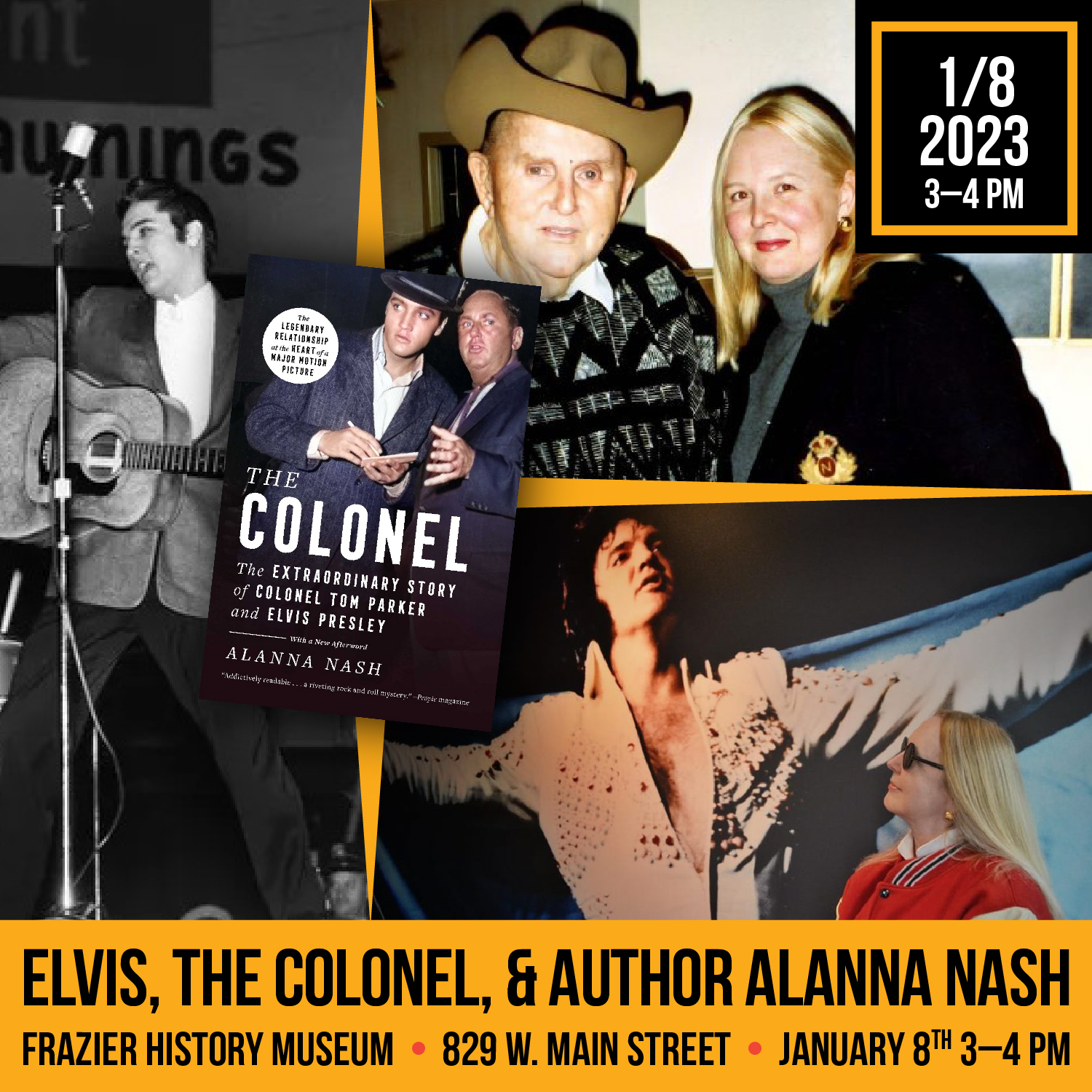 We are commemorating Elvis’s birthday with local author Alanna Nash, who has spent forty-five years writing about the King in four books and dozens of articles.

She’ll discuss one of her books, The Colonel: The Extraordinary Story of Colonel Tom Parker and Elvis Presley, which was published in 2003 but sold out on Amazon following the release of director Baz Luhrmann’s movie Elvis this past summer.

The public is invited as Alanna Nash discusses her journey with Elvis and the Colonel, reads from her book, and pinpoints Elvis’s connections to Louisville. She’ll also answer a few questions from both Rachel Platt and you, our audience.

Copies of The Colonel will be on sale in the Frazier’s Museum Store.

Musician Todd Hildreth will provide the Elvis tunes prior to and during program.