Singin’ in the Rain

“Singin’ in the Rain” is known as the greatest movie musical of all time! And it’s just as much fun on stage! Hilarity ensues as Don Lockwood and Lena Lamont attempt to make the transition from silent film stars to “talking pictures” in 1920’s Hollywood. Each unforgettable song and dance is accounted for, including the show stopping title number complete with an onstage rainstorm. 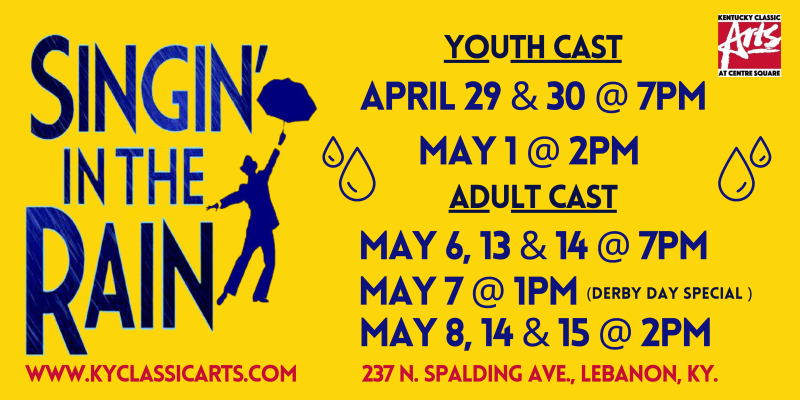