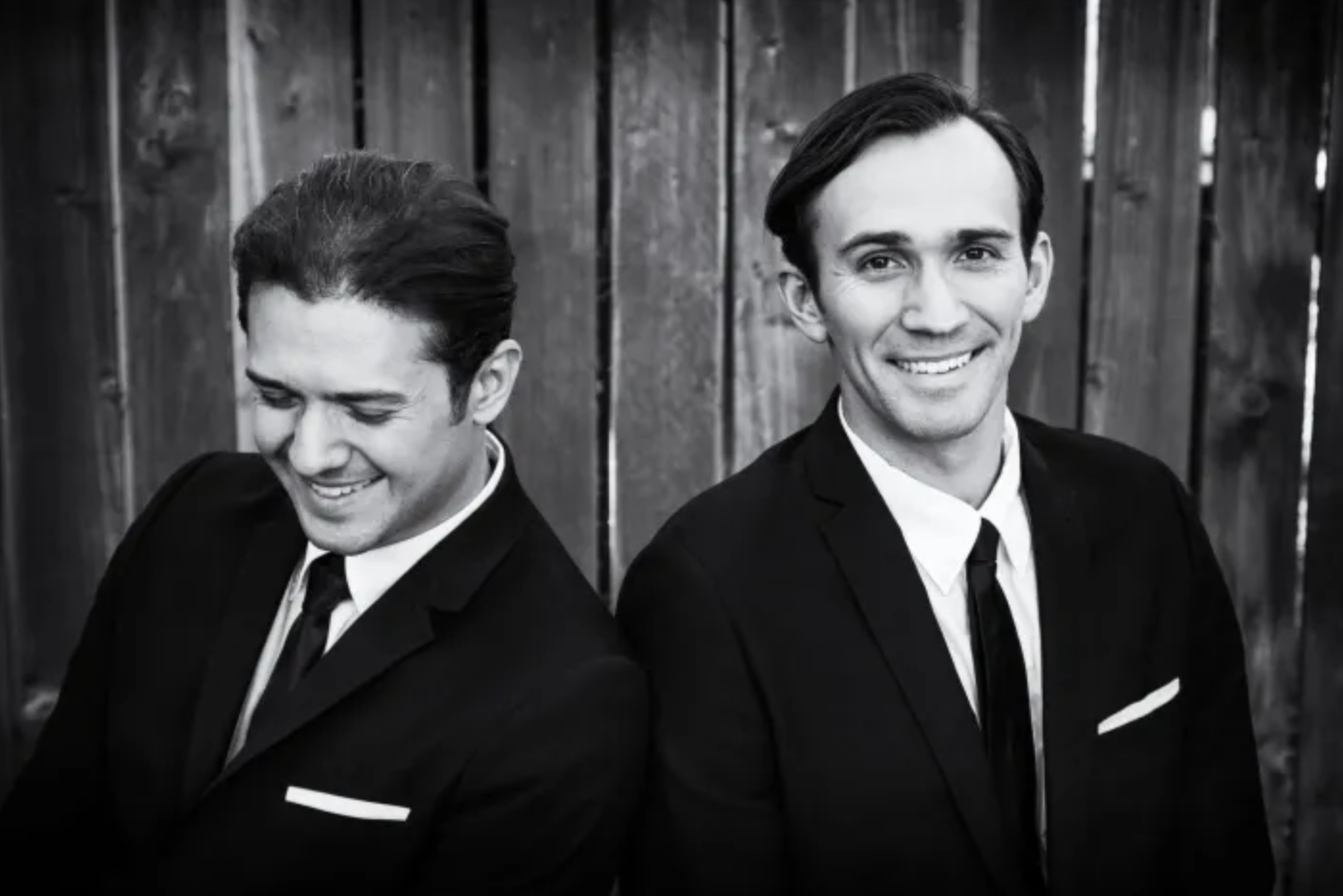 Since 2016, brothers Zachary and Dylan Zmed along with their partner and drummer Burleigh Drummond, have celebrated the pivotal music and history of The Everly Brothers legacy with enthusiastic crowds all across the US and over seas in prestigious venues. They say, “ The music of the 50’s and 60’s is nostalgic for us, our parents raised us all on it, and we feel that Don and Phil’s contribution is greatly overlooked, especially by younger generations. Our aim is not to impersonate but to do our best at honoring both the aesthetics of their iconic sound and the important role they played in pioneering the rock n’ roll movement, all while having a little fun sharing our own personal story,” and they do just that. With a father, (Adrian Zmed) as a traveling singer/dancer/actor (Grease 2, Bachelor Party, T.J. Hooker), and a mother (Barbara) as a second grade teacher in a suburb of Los Angeles, the Zmed Brothers continuously strive to pay homage to their personal roots by always infusing an instinctual blend of entertainment (a la Smothers Brothers) and contextual education in their performance.

The Everly brothers career lasted over half a century, they recorded 21 studio albums, sold more than 60 million records worldwide, had over 30 billboard top -100 singles, which still to this day is the record for most billboard charting hits of any sibling rock duo ever, they received numerous accolades in their later career, and influenced countless legendary artist that came after them including The Beatles, Simon and Garfunkel, The Beach Boys, The Rolling Stones, Bob Dylan, The Bee Gees, Neil Young..and the list goes on. THE ZMED BROTHERS are absolutely thrilled to be able to contribute to a cause that supports the recognition and preservation of the intimate and singular origins of America’s greatest Rock n’ Roll singing sibling duo.