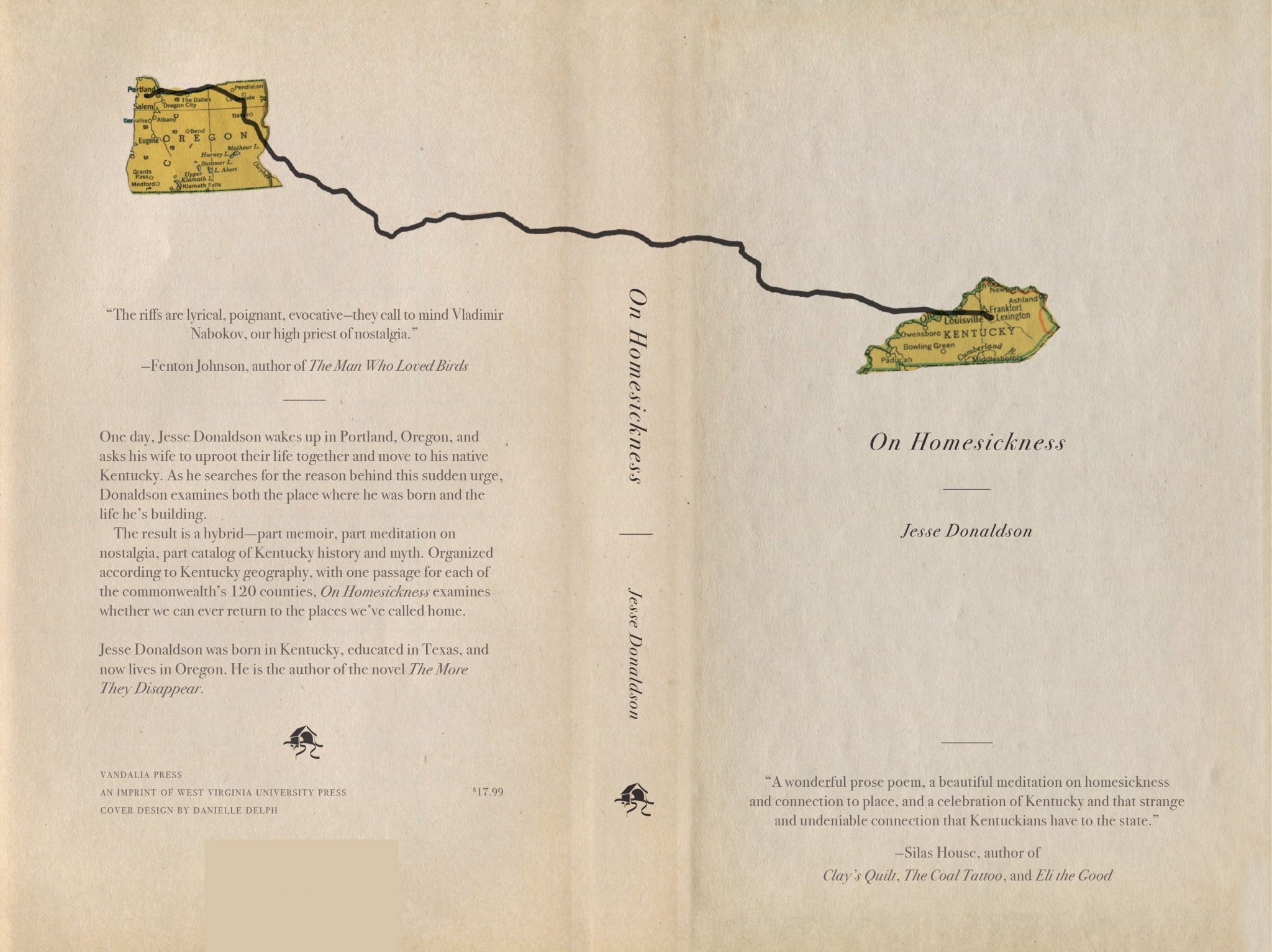 Kentucky native to read in all 120 counties during book tour

To mark the publication of On Homesickness, Jesse Donaldson, author of The More They Disappear and native of Lexington, will read passages from his new book in all 120 counties in Kentucky.

In On Homesickness—a book organized according to Kentucky geography, with one passage for each of the commonwealth’s 120 counties—Jesse Donaldson wonders if we can ever return to the places we’ve called home. One day he wakes up in Portland, Oregon, and asks his wife to uproot their life together and move to his native Kentucky. As he searches for the reason behind this sudden urge, Donaldson examines both the place where he was born and the life he’s building.

His 120-county tour will begin on Sunday, October 22 in Powell County atop Natural Bridge and will continue through November 17, where he’ll read at the Kentucky Book Fair. During his tour, he’ll stop at bookstores including Brier Books, Roebling Books, Carmichael’s, Karen’s Book Barn, Poor Richard’s, The Cat’s Tale, Coffee Tree Books, Books-A-Million, and Barnes and Noble.

See all the stops here.