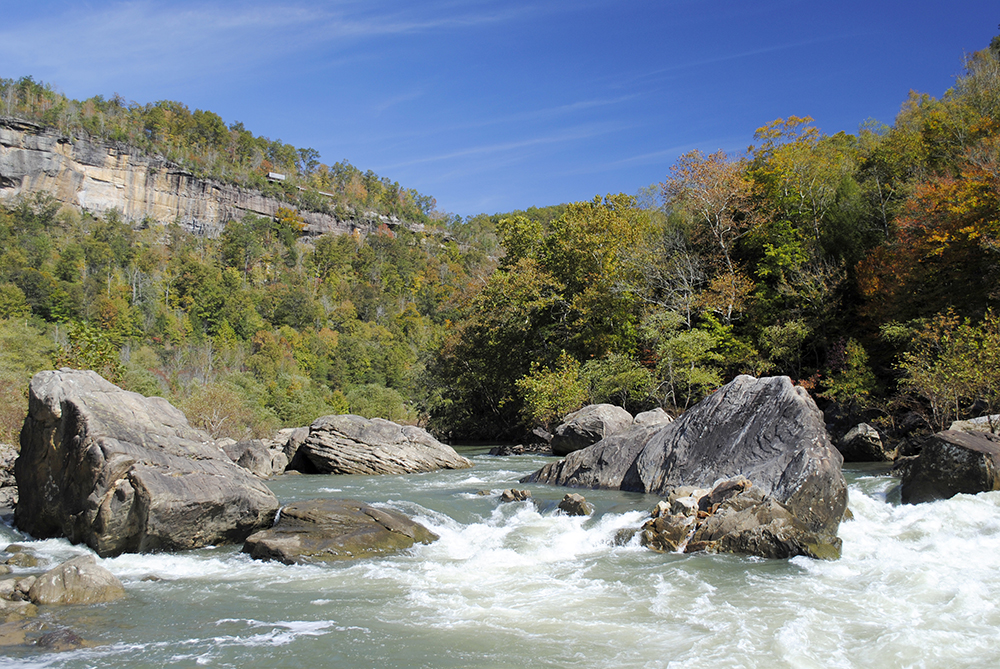 In addition to deer, turkey and small game hunting, Big South Fork is a popular area to hunt wild hogs, also known as wild boars. They are the descendants of escaped domestic pigs first brought to America in the 1500s by Spanish explorers, Hernando de Soto being the first to bring them in. They’ve adapted to the wilderness, over time developing long tusks and becoming somewhat aggressive toward humans.

“Wild hogs are an invasive species and destructive to wildlife habitat, so we encourage hog hunting,” says Christopher Derman, chief of Interpretation and Education at Big South Fork NRRA. The season runs annually from mid-September to the end of February and requires only a $5 permit.

One of the main attractions of the park is the Big South Fork of the Cumberland River. Water careens through a massive canyon, rushing past building-size boulders. Every type of whitewater can be found here, suitable for beginning, intermediate and expert paddlers. The last 7.5 miles of the 76-mile-long Big South Fork is a thrilling experience for the experts as they take on Class III and IV rapids.

Few rivers hold the variety of game fish as the Big South Fork. Sauger, walleye, trout, muskellunge, smallmouth and largemouth bass are abundant. Try using a simple curly tail jig on a weedless hook and bounce it along the bottom as you float downstream to catch most of those species.

Horseback riding at Big South Fork is also world-class. The trails stretch 212 miles—more than any other national park— and wind their way through the wilderness. Three developed campgrounds have stables and horse tie outs. Restrooms and showers are available—even a tack shop, souvenirs and an ATM.

At Big South Fork, the National Park Service has found the middle ground between preservation and human access—protected for generations to come.