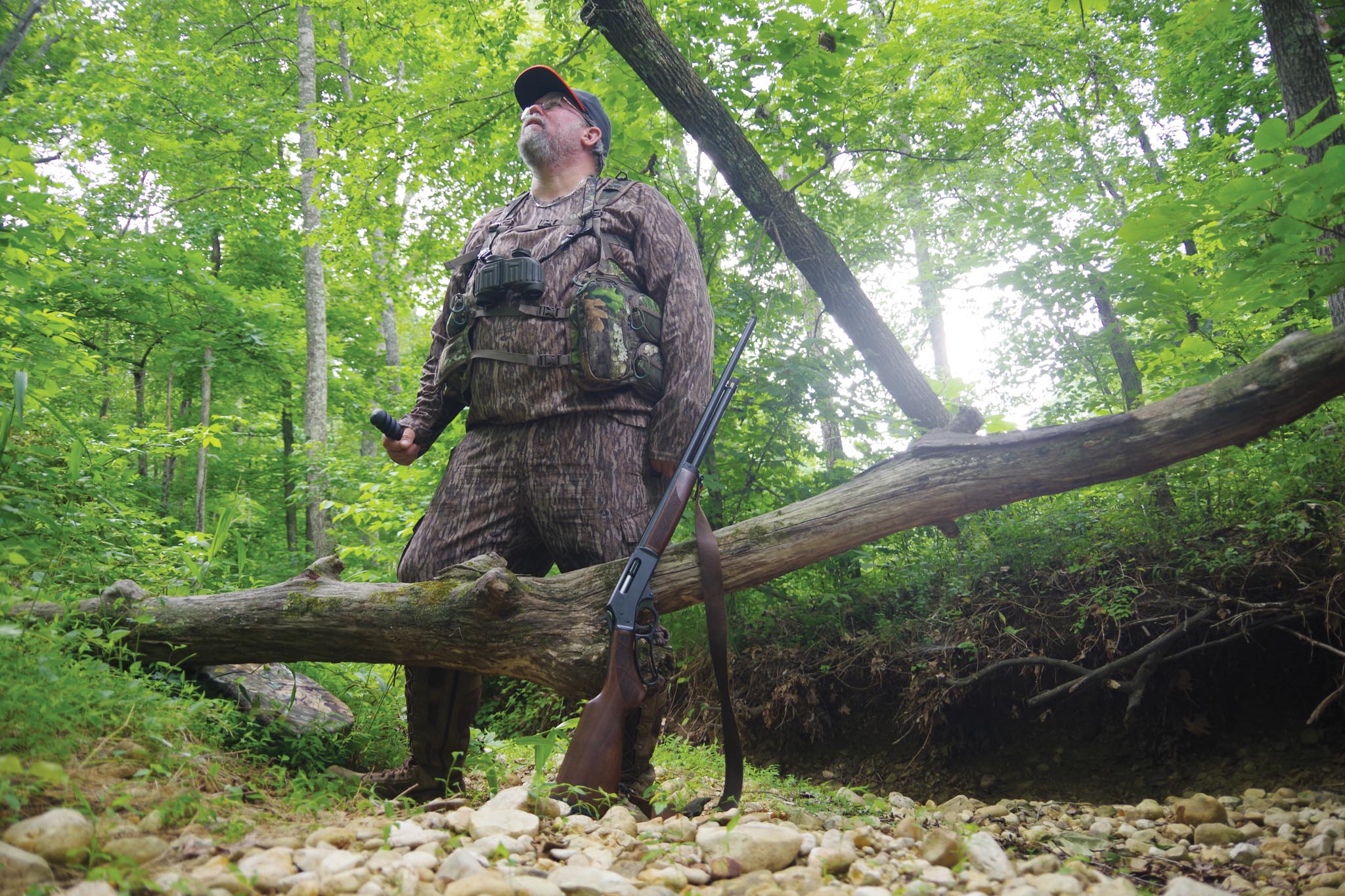 Searching the treetops for another springtime bushytail. Photo: Ken McBroom

I REMEMBER AS A BOY walking the many fence rows near my house. I would go straight home from school, grab the single-shot 16, stuff a handful of shells in my pockets and I was set till dark. It wasn’t until I moved to Kentucky that I learned that there was a spring squirrel season. Hunters have the opportunity to hunt bushytails in the spring, since squirrels have two litters each year. There’s a lot going on during May here in Kentucky: bass are still shallow; bluegills are going on bed; and crappie continue to bite. While it can be difficult to decide what to do, I always find a few days for a springtime squirrel hunt.

When the first settlers came to America, the squirrel was a vital food source for the many families working to carve out an existence in the new land. Squirrel dishes were even served in fancy restaurants in the early days.

Squirrel hunting long has been considered the best way to introduce people, especially kids, to hunting, but it has lost some of its popularity in recent years—and that’s unfortunate. Kentucky’s squirrel population is booming here and with fewer hunters in the woods, the spring season is a great time to enjoy a high success rate. The grey squirrel is not only fun to hunt, but it hones the hunter’s skills for hunting other game.

Squirrel also provides excellent table fare for the hunter and is a great way to enjoy the harvest after the hunt. Fried squirrel is probably the most popular recipe among squirrel hunters, but squirrel can be used in many different recipes.

My grandfather used to make me squirrel stew when I was a little boy, and it was my favorite. It was his specialty, and the only thing I ever knew him to cook. I knew he was fixing it before I ever entered his house or houseboat, where he lived for several years: I could smell it cooking as soon as I opened the car door.

Squirrel hunting is a wonderful reason to get into the great outdoors. I encourage you to get in the woods this spring to enjoy a springtime squirrel hunt of your own; grab a friend to go with you, or teach a kid our hunting traditions. Then create more memories by sharing a squirrel dish at the table.