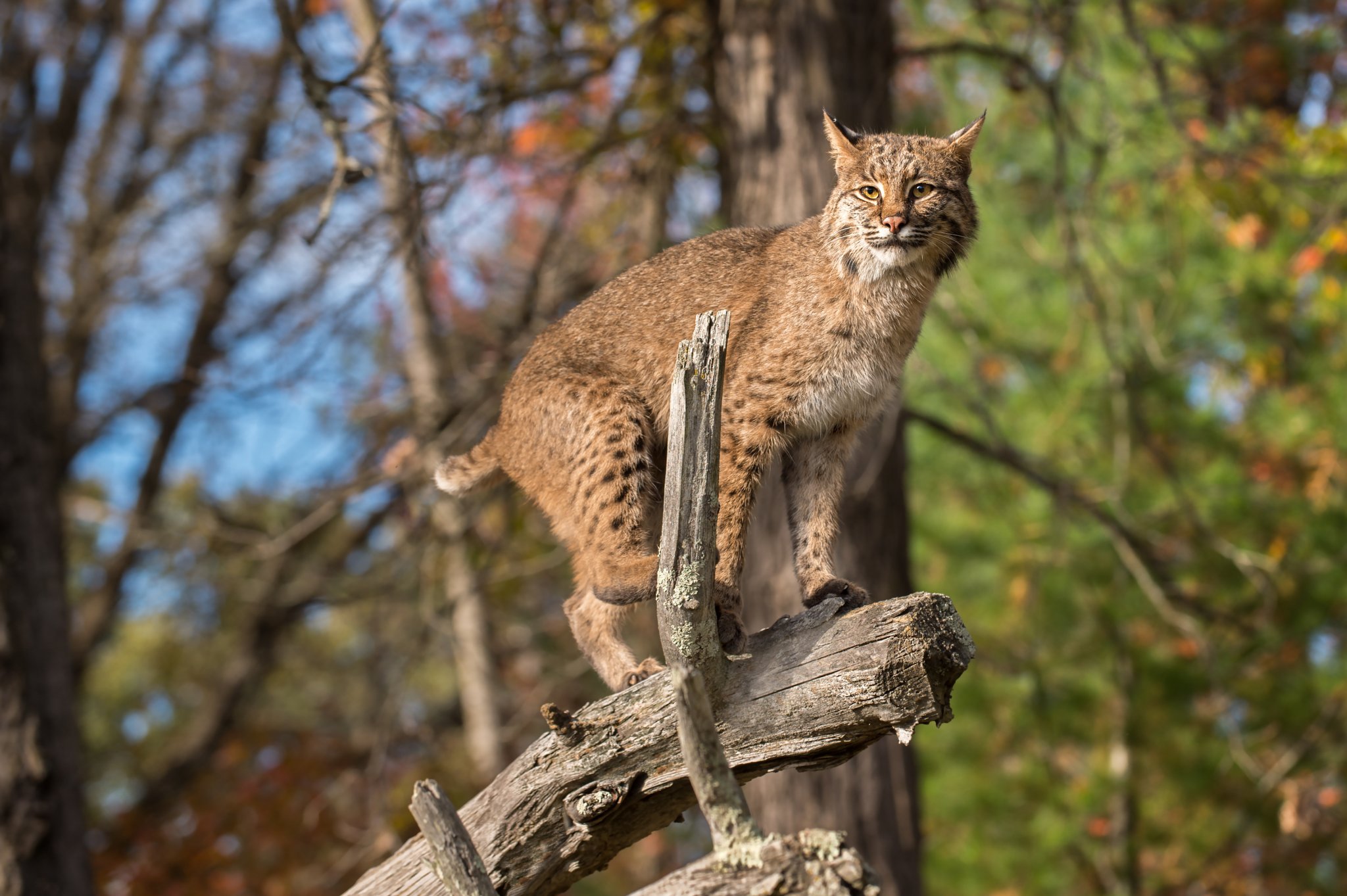 Fierce felines are common, but difficult to spot

The bobcat, often called the wildcat, is one of Kentucky’s more elusive creatures. I’ve heard its loud scream. Others have said, and I agree, that it sounds eerily like a child scream-ing in distress. I’ve never seen one in the wild, but consider it a goal on my bucket list.

“They’re more common than you’d think,” says Laura Palmer, furbearer biologist for the Kentucky Department of Fish and Wildlife Resources. “They are very secretive, quiet in movement, and blend in remarkably well with their environment.”

Found across North America, their population is substantial and even increasing with improved wildlife habitat management. But you’d hardly know they are there. I’ve often wondered how many times a bobcat was secretly staring at me from a few feet away—soli-tary, motionless and ever so quiet as I walked past. You may have heard the saying, “A cat is a cat is a cat.” Notice how well a house cat can hide from you and how silently it can move—it’s the same with bobcats.

Adult bobcats weigh an average of 14 to 22 pounds in Kentucky, with spotted coats that vary in color from reddish brown to grey with white bellies and white patches on the back of their ears. Their tails are short bobtail-like appendages, just 6 or 7 inches long, hence the name, bobcat.

They feed on everything from insects, reptiles, and small animals such as mice, squirrels, rabbits and birds, to larger prey several times their weight. Hunting usually at dawn or dusk, bobcats are cunning, leaping up to 10 feet out of nowhere to pounce on their prey, dealing a crushing blow. During the day they rest in hollow logs, dense brush, rock overhangs or up in trees, pos-sibly watching hikers like me go by. I bet they believe, like any cat, that they can outwit us anytime they want.

From winter to early spring, bobcats temporarily leave their solitary lifestyle to breed. Females usually produce two kittens but can have a litter of up to six. At about a month old, the kittens emerge from their den, staying with their mother for a year, at which time they become solitary haunters and hunt-ers of the woods, silently creeping along, always watching for prey.

Most people are lucky to get a distant split-second glimpse of a bobcat at sunrise or sunset. Without scale to determine size, I wonder if some bobcat sightings have been confused with the many alleged mountain lion sightings across the state. The thing is, I don’t know. But it’s something to ponder this Halloween.