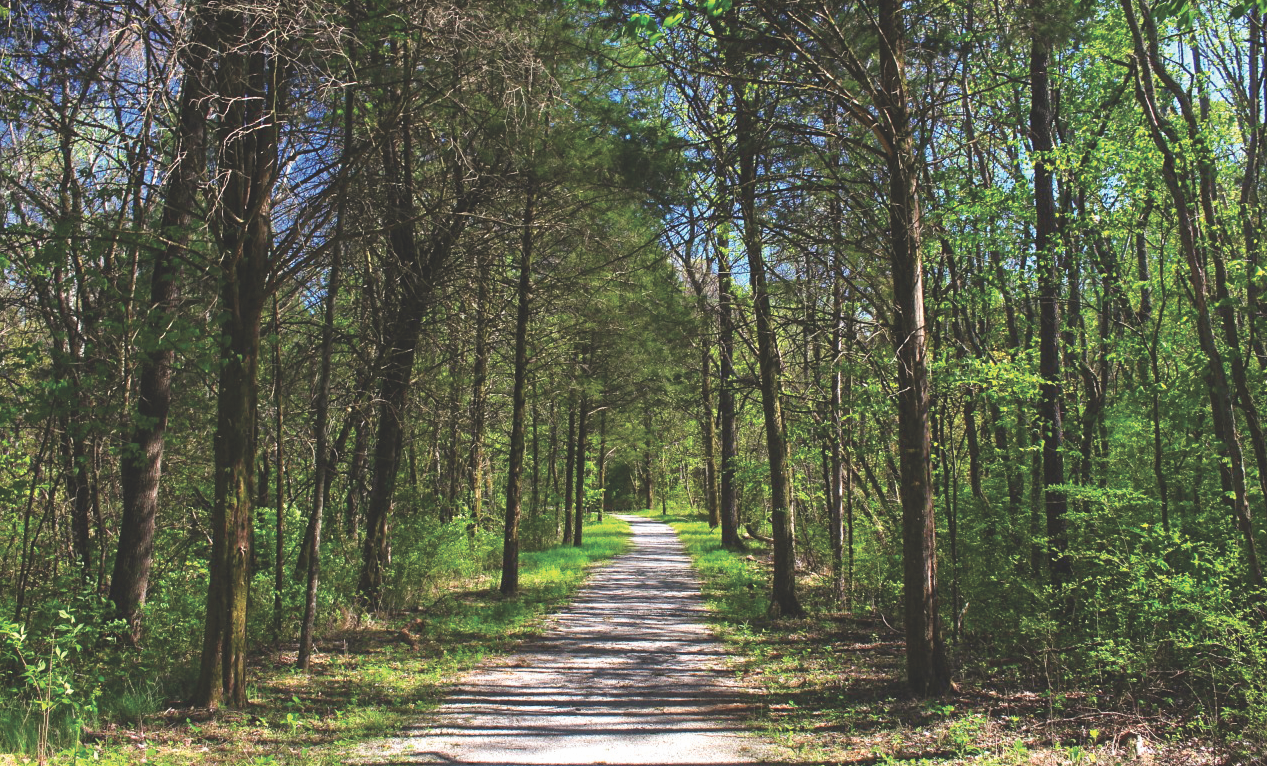 By the early 1900s, the American railroad industry had reached its peak. With 254,000 miles of active track, the railroad companies moved passengers and freight from community to community and from coast to coast. Trains were America’s primary mode of transportation.

But as the decades passed, the sounds of trains rumbling down the tracks became more and more distant. Increased automobile use, the advent of the interstate highway system and commercial trucking took their toll. The downsized railroad companies pulled up tracks and abandoned thousands of miles of rail corridors. Many of these rights-of-way were given back to the adjacent landowners, but a new, nonprofit organization would change the way we look at old rail lines.

In 1986, the Rails-to-Trails Conservancy (RTC) was born. Through federal, state and local funding, along with private donations, the conservancy spearheaded the acquisition of the old railroad rights-of-ways for conversion into recreational trails used by bikers, hikers and walkers. Mile by mile, the conservancy acquired old railways. By 2011, RTC’s 25th anniversary, 20,000 miles of rail-trails had been created with more added every year.

In Kentucky, 17 old rail sites offer 54 miles of hiking and biking. They include the Cadiz Railroad Trail, the Mammoth Cave Railroad Hike and Bike Trail and the Dawkins Line Rail Trail, just to name three. RTC hopes to add another 200 miles throughout Kentucky.

I love walking along rail-trails because they are usually flat and slightly elevated above the surrounding terrain, just as the train tracks were. Some are left as dirt trails; others are layered with crushed stone; and some are even paved with asphalt, making them handicapped-accessible. Depending on local rules of use, there are several recreational opportunities, such as walking, bicycling, cross country skiing, inline skating and horseback riding.

On the national level, the conservancy is in the process of connecting rail-trails from Washington, D.C., to Washington state. The project, called the Great American Rail-Trail, is more than halfway done, and when it’s finished, a seamless 3,700-mile path will meander across the country. RTC President Ryan Chao says, “It will be a national treasure. It presents a once-in-a-lifetime opportunity to create—together—an enduring gift to the nation that will bring joy for generations to come.”

I love that these old routes are now used for outdoor recreation. Walking the rail-trails, I’m reminded of the romantic era of train travel and of the Louisville and Nashville Railroad. I see the ghosts of conductors and engineers, and I hear the sound of train whistles piercing the air, at least in my imagination.