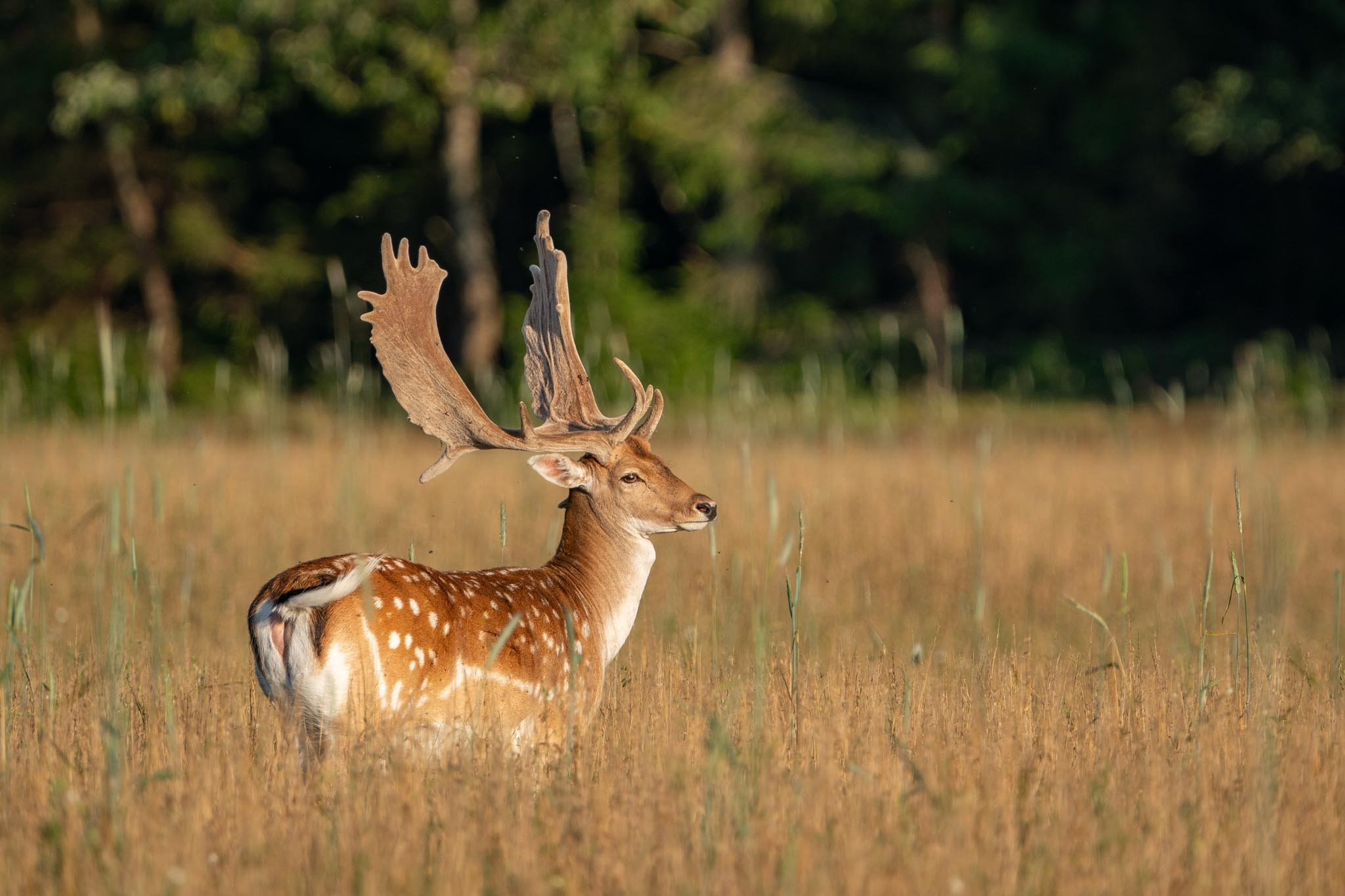 Species can be seen at the Land Between The Lakes

The whitetail deer isn’t the only deer species found in Kentucky—a fact not widely known. The fallow deer (Dama dama) lives in the Land Between The Lakes (LBL) National Recreation Area. About 60 of these beautiful wild deer roam the northeast corner of LBL.

“They have different characteristics from the whitetail deer,” says John Pollpeter, lead naturalist for the Friends of LBL and member of West Kentucky RECC. “They are stockier than the whitetail, and fallow deer keep their spots throughout adulthood, whereas whitetail fawns lose them. They can be brick-reddish on top with a buff color underneath, blondish to white, brown, or all buff.”

Fallow bucks develop antlers that look nothing like those of a whitetail. They’ve often been described as moose-like, but Pollpeter calls them palmate—shaped like the palm of your hand. The fallow’s tail is also different from the familiar “white flag” of the whitetail. “It’s almost goat-like,” Pollpeter says.

Fallows are natives of Europe. Only a few fallow deer herds have been brought to the United States. So how did they come to be at LBL? In 1918, the Hillman Land Company owned large tracts of land in what was then known as Between the Rivers. In that year, the company introduced a herd of fallow deer to the area for the purpose of recreational hunting. The herd is now believed to be the oldest of its kind in the United States.

At its height, the herd grew to a size of approximately 600, but several factors have reduced the population. When the Hillman Land Company logged and mined the area, fallow deer thrived because of their preference for open land. These days, LBL is much more forested as a result of a focused effort to enhance habitat for native species. Another major factor is brainworm, a common parasitic disease that most whitetails survive, but is harder on fallows. They become disoriented and don’t live long after infection, according to Pollpeter.

LBL stopped fallow deer hunting in the 1990s. Now, without hunting pressure, fallows are not as afraid of humans and sometimes approach within a few yards of lucky visitors with cameras in hand. They’re often seen along trails through wetlands and meadows near the Woodlands Nature Station and near Taylor Bay Campground.

Some folks may disagree, but I believe the fallow deer is prettier than the whitetail. Some look as though they belong in an enchanted forest. Some are almost ghostly looking—even more reason to plan a visit to the LBL and try your luck at spotting one.