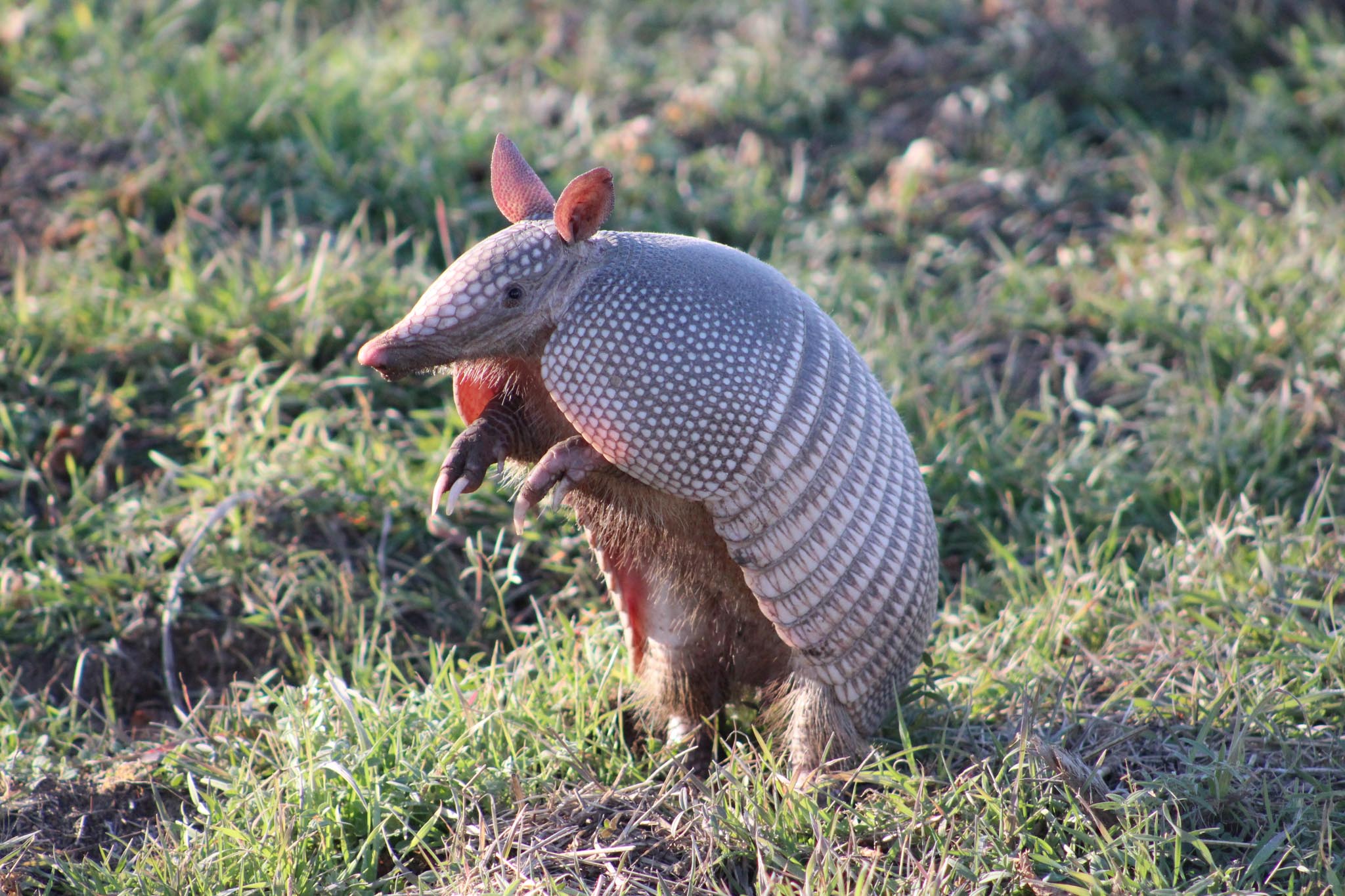 A few years back, I was driving along the Western Kentucky Parkway and “what to my wondering eyes did appear,” but an armadillo squashed by a tire. How? How did an armadillo end up here?

As it turns out, armadillos are spotted in Kentucky quite often. The variety we have, the nine-banded armadillo (Dasypus novemcintus), originated in Central America and South America. By the late 1800s, it had migrated north to Texas and remained a semitropical, desert and plains species until recent decades when the first ones were spotted in western Kentucky.

Some scientists believe a warming climate is the reason the animals can move into other habitats such as Kentucky. Other scientists attribute it less to climate change and more to the development of large farms, croplands and highway cuts, all of which create the open country armadillos like. But no one really knows for sure.

The nine-banded armadillo, which can stand on its hind legs, is about 2 1/2 feet long and weighs an average of 6 to 14 pounds, but the largest can weigh up to 22 pounds.

Given the chance, these creatures adapt well, making their homes in pastures, forests, croplands and even suburbia, where they dig large holes in peoples’ yards in search of insects and grubs. They are solitary, nocturnal animals, feeding primarily on insects, but also small reptiles, bird eggs and baby mammals.

One reason for the nine-banded armadillo’s growing prevalence is its high reproductive rate. It reaches sexual maturity at 1 year old, and one female can produce up to 56 young over her lifespan of 12 to 15 years.

The armadillo has wandered north and east not only to Kentucky, but to Kansas, Missouri, Illinois, Tennessee and South Carolina. Its outer shell may help protect it from predation, but its exposed underbelly makes the animal sensitive to harsh winters. Scientists say the northward and eastward expansion will have to stop at some point but they’re not sure where, given climate and habitat changes.

It’s not a pleasant topic, but expect to see more road kill armadillos as the population increases. When startled, they tend to jump 3 to 4 feet straight up in the air, and right into the undercarriage of a vehicle.

The nine-banded armadillo is the state mammal of Texas. Welcome to Kentucky, little armored one, I guess.