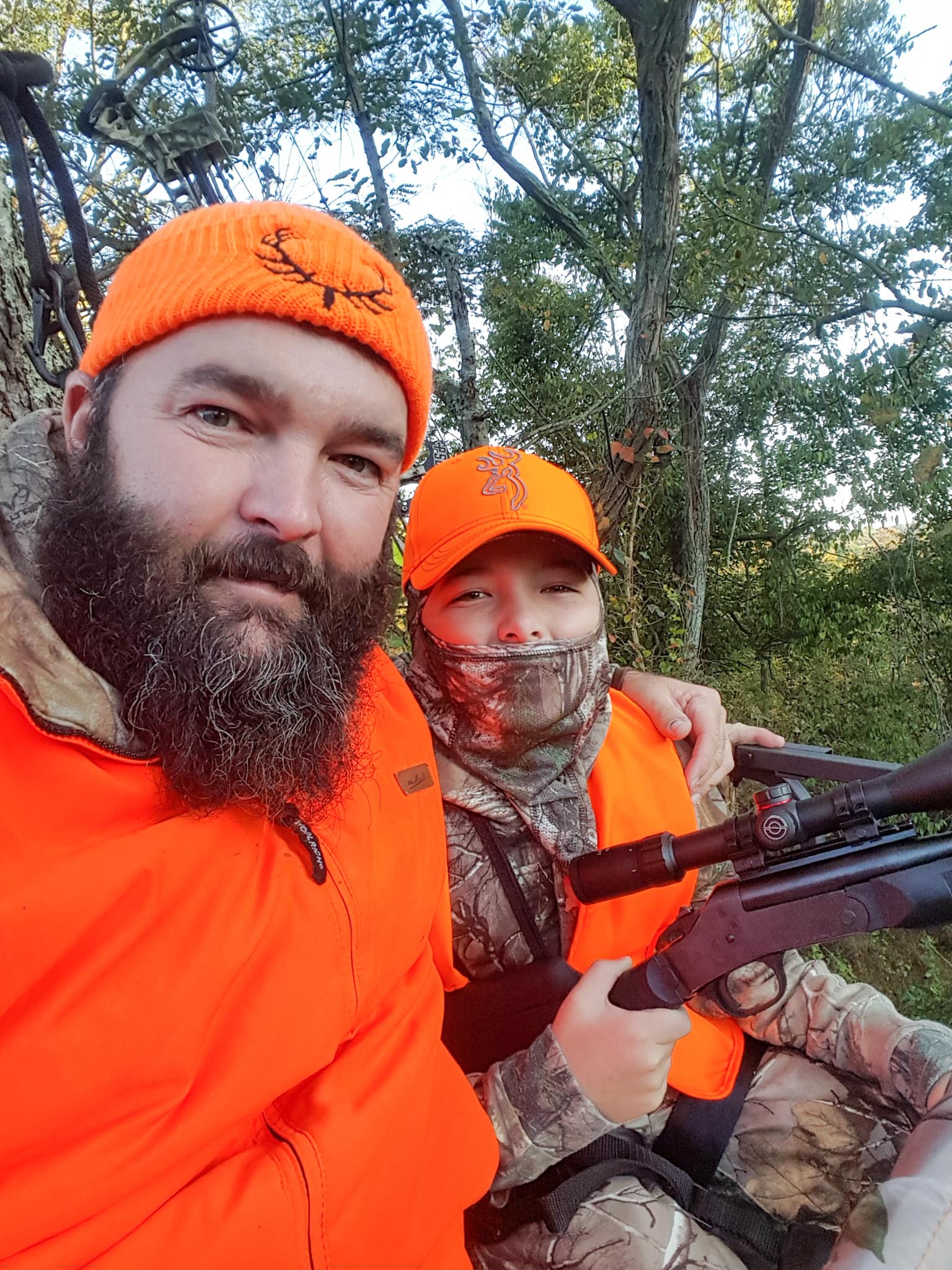 IF YOU’RE A DEER HUNTER in Kentucky, the gun season is a much-anticipated couple weeks each November. Whether you hunt big open fields on private land or thick river bottoms and hardwood ridges on public land, November is arguably the best month of the season to hunt deer.

Some might argue early archery is the best and, as a bowhunter myself, I love hunting in late October and the first week of November as the rut heats up. However, for the gun hunter, November 13—opening day this year in Kentucky, closing November 28—is still a great time to be in the woods.

Many hunters will take to the woods with a finely tuned long-range rifle with a fully floated barrel and high-tech scope affixed. Some might even have a bipod mounted to their rifle or carry shooting sticks for a much-needed rest for those long shots. These rifles are fun to shoot and are the perfect choice when hunting open ground like wheat fields and open woods. When I was younger, I often envied those who had big fields to hunt, but over time I developed a love for the thick stuff.

I hunted with a bow and a rifle growing up. Bowhunting was tough. Seldom did I get a shot as I learned that fickle art. My anticipation for opening morning of gun season was also powerful, but at some point—I’m not even sure why—I decided to only hunt with my bow. I hunted all seasons with my bow up until a few years ago when I decided to pick up the rifle again. I would make it challenging using my Henry lever-action .44 magnum with open sights and sticking to the areas I grew to love—the thickest part of public land I could find.

Public land can get a little crowded during deer season and that is one reason many hunters tend to shy away from hunting it. However, I prefer hunting public land over private land. One of the main reasons is the vast available acres Kentucky’s public hunting lands have to offer. The great public land opportunities here in Kentucky helped in my decision to settle here for good.

It doesn’t matter whether you hunt from a heated shooting house overlooking a 200-acre manicured food plot or prefer fighting buck brush in the Kentucky swamp bottoms. You might love to hunt a farm that you and your buddies worked hard to develop into a sanctuary, both for the deer and your friends, or you could love camping alone and hunting one of the many great wildlife management areas in the Bluegrass State. My hope is that the anticipation is as strong now as ever and that your deer season ends with plenty of venison for the grill.