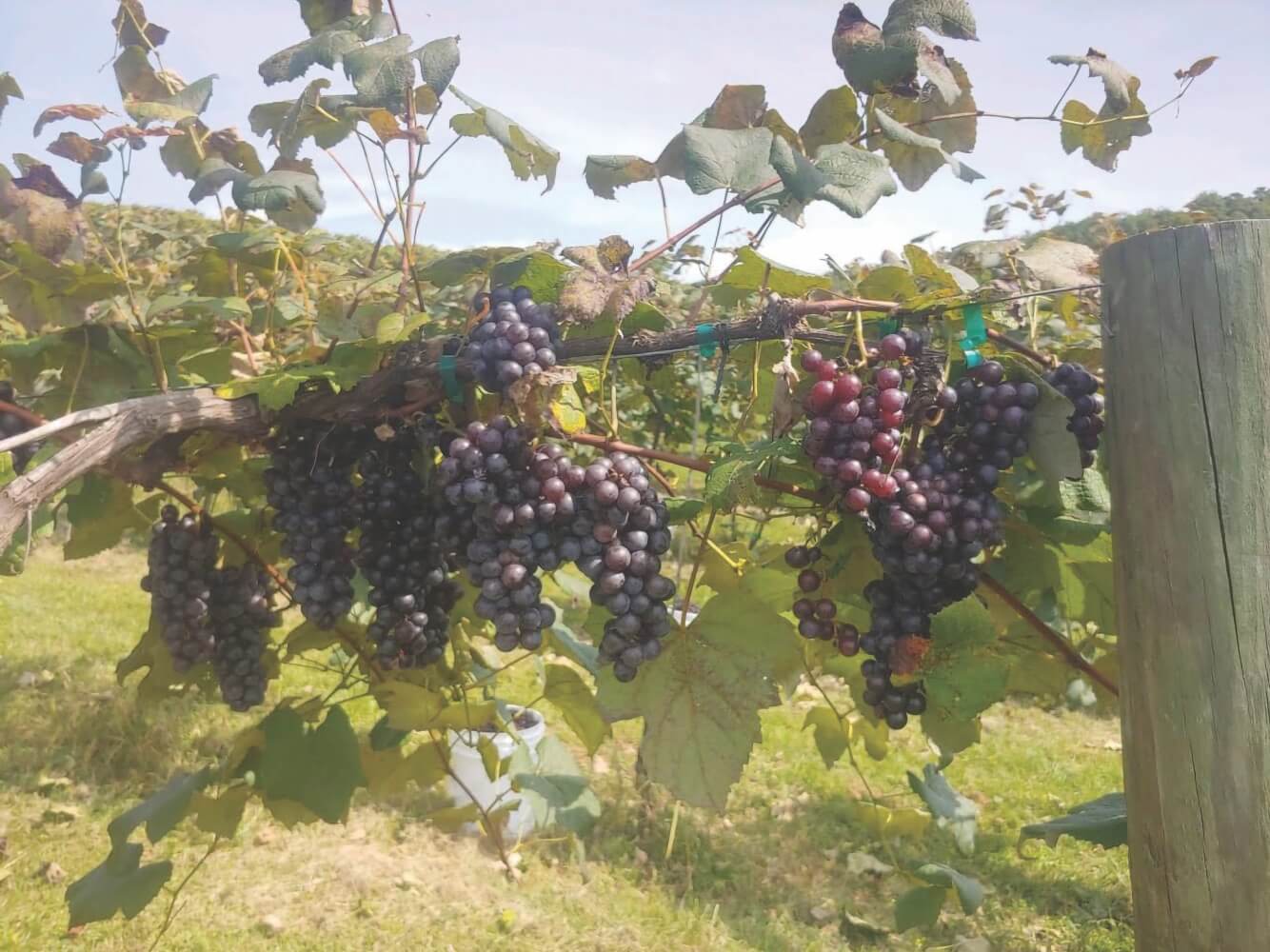 1799 The year the Kentucky Vineyard Society, the oldest one in the United States, was incorporated. According to Society President Thomas Beall, its goal is to promote viticulture, winemaking, and public awareness of the wine industry. “The wine industry suffered a major setback due to Prohibition and has taken quite a bit of time to recover,” says Beall. “But Kentucky has quickly gained expertise in winemaking that meets or exceeds that of anywhere else in the United States.”

1803 The first wine sipped in the United States came from Kentucky Vineyard Society/First Vineyard and was enjoyed at John Postlethwait’s home and tavern on Main Street in Lexington.

2,770 The average production of cases per Kentucky winery*

113 Stockholders provided the funding for the Kentucky Vineyard Society; shares cost $50 each.

90 Percent of Kentucky’s commercial vineyards are under 5 acres.

68 The number of commercial wineries currently in Kentucky.

2 The number of United States presidents that, back in the day, the Kentucky Vineyard Society provided wine for—Thomas Jefferson and James Madison.

1 App covers all of Kentucky’s wineries. Download the free Kentucky Wine Trails app for the iPhone at the App Store or Androids at Google Play.

*These figures are from Dr. Tom Cottrell, University of Kentucky Extension Enologist and shared by Tyler Madison of the Kentucky Department of Agriculture.

Thomas Beall, president of the Kentucky Vineyard Society and owner of First Vineyard in Nicholasville—the site of the first commercial vineyard and winery in the United States—is working on a book about the wine industry and Kentucky’s key role in America’s wine history.

Here are two of the more surprising tidbits Beall uncovered in his research for the book:

• Beall managed to locate a rare copy of William Littell’s Laws of Kentucky, which states that the contract between John James Dufour, founder of the Kentucky Vineyard Society and a third-generation vinedresser, and his subscribers would be kept at the Kentucky Court of Appeals. When Beall called the court, he was told the Court of Appeals did not have contracts. Still, the archivist agreed to look around and eventually called Beall back to say, “Mr. Beall, you’re right; we have that contract.”

• Wine and cheese events have been going on for centuries. When going through Henry Clay’s papers—Clay was a subscriber and the Kentucky Vineyard Society’s attorney—Beall discovered that a mammoth wheel of cheese was sent to President Thomas Jefferson along with the two 5-gallon casks of wine so Kentucky could participate in a wine and cheese event taking place in the capital.

Read the Kentucky Living September 2014 Worth the Trip column that goes along with this Web exclusive, On the trail of Kentucky wines.