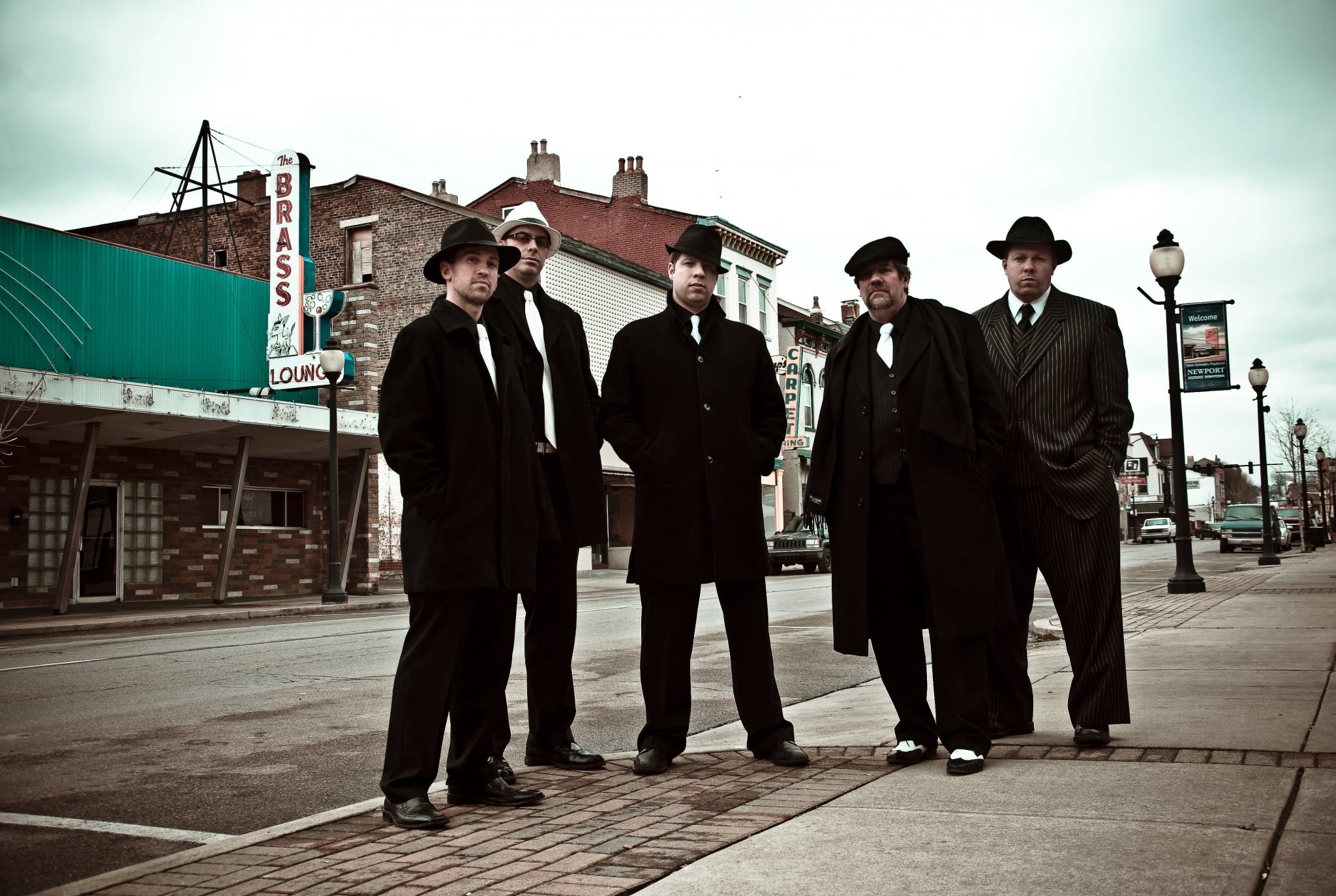 Nicknamed “Sin City of the Midwest,” Newport from the 1930s to early 1960s was considered a notorious destination for gambling, mob connections, and Hollywood royalty like Frank Sinatra, Marilyn Monroe, and Dean Martin.

TIME Magazine once called Newport “a gaudy brand of gambling and prostitution.” Newport was the place, even before the first casino went up on the Las Vegas Strip. “This was Vegas before Vegas,” says Mac Cooley, one of six founders and owners of American Legacy Tours and flagship tour d’espionnage, the Newport Gangster Tour.

The historical tour began as a fund-raiser to support student service trips, but was so successful that Cooley (former English and history teacher, now high school administrator) and his five partners formed a company in August 2009. They have been adding tours and employees ever since. Cooley says, “Last year we had over 15,000 customers. It’s been a pretty crazy adventure.”

Their Cincy Haus shop—where three of the tours launch—is located in Cincinnati’s Over the Rhine neighborhood and specializes in local gifts and memorabilia, including Rookwood pottery.

The Newport Gangster Tour is 90 minutes to two hours, depending on the size of the crowd, and includes more than 10 stops, beginning and ending at a former casino. Today, the building is the Syndicate, an events center, and Gangsters Dueling Piano Bar, but from the 1950s through the 1980s, it was known as Glenn Schmidt’s Playtorium, owned and operated by Pete Schmidt. Schmidt was a major player in George Remus’ bootlegging and gambling empire in Newport since the early days.

As tour participants learn, Remus was known as the King of the Bootleggers. Cincinnati was his base of operations. “He was big in the days before Capone,” notes Cooley.

Schmidt had previously owned and operated the Beverly Hills Club, a glitzy nightspot and illegal gambling house that would become a premiere showplace headlining A-list performers like Liberace, Milton Berle, Steve Lawrence, and Eydie Gormé. (Later known as the Beverly Hills Supper Club in 1971, it burned down on May 28, 1977, killing 165 people.)

In 1936, following harassment and an arson attempt, Schmidt sold the establishment to the Cleveland Syndicate. Still, his Playtorium venture (or Glenn Schmidt’s as the locals called it) was a winning bet with a 20-lane bowling alley, slot machines, bingo, and high-end gaming tables. “It was quite the place when it was built in the early 1950s for $750,000,” says Cooley.

Also on the Gangster Tour is The Yorkshire, today Bernhardt’s Bakery, where a different kind of dough is made. Back in the day, this casino, also operated by the Cleveland Syndicate, ran a large book operation and had gaming tables and slot machines. “At one point it was bringing in as much as $1 million a month,” says Cooley.

Newport in its Sin City heyday wasn’t only about the casinos. Its seedy underbelly harbored gentlemen’s clubs, brothels, and speakeasies. “Two of the more infamous gentlemen’s clubs and brothels were La Madame’s (now the Monmouth Theatre) and the Brass Lounge, which is still operating today.”

While Newport had all the trappings of gangsterdom, it never quite fit the traditional gangster stereotype. “There weren’t tons of Tommy gun-wielding thugs shooting each other up,” Cooley explains. “They were businessmen who at times resorted to violence to settle a conflict, but only rarely. Still, they did make their money through illegal means.”

Tour participants will learn that many of the men and women who worked at and ran the gaming houses in Sin City eventually ended up in Vegas. Their stories remained behind in the buildings, architecture, streets, and sensibilities of Newport, to be retold today.

Sinning in the state

Newport Gangster Tour is a 90-minute to two-hour tour offered by American Legacy Tours. Tour organizers encourage visitors to bring a camera to “get a picture with the Gangster Guides and the Tommy gun.” Hours: 4:30 p.m. and 6:30 p.m. on Saturdays. Private tours are available by request via the Web site. Admission: $20 per person. Tours are handicap-accessible. Reservations are recommended and tickets are available online. For more info, call (859) 951-8560 or visit online at https://www.americanlegacytours.com/newport-gangster-tour.

The Northern Kentucky Gambling Museum (formerly Newport’s Mustang Club) is where, according to Mac Cooley, a shooting involving one of Newport’s most notorious gangsters occurred. The building is on the tour route, but stop by to see what the American Legacy Tour owners consider one of the finest collections of Newport gambling-related artifacts in the country. Hours by appointment only. Admission: $5 per person. For more info, call (859) 431-5604 or go online at www.northernkentuckygamblingmuseum.com.

Limestone Branch Distillery, Lebanon, was opened in February 2012 and makes spirits in a 150-gallon, hand-hammered copper pot still. Visitors can tour the distillery, sample a taste of their special Moon*Shine, browse the gift shop, and explore the grounds. The distillery has several flavors: blackberry, cherry, peach, and strawberry, with apple pie debuting this fall. Tours: 10 a.m.-6 p.m. Monday through Saturday; 1 p.m.-5 p.m. Sundays. For more info, call (270) 699-9004 or visit online at www.LimestoneBranch.com.

Oscar Getz Museum of Whiskey History, in Bardstown at Spalding Hall, is the place to see authentic Kentucky moonshine stills, an assemblage of Prohibition-era liquor bottles for, umm, “medicinal purposes only,” and whiskey-related artifacts dating back to the 1700s. And yes, he’s known as Honest Abe, but our upstanding 16th president once owned and operated a tavern in Illinois; his liquor license and a replica tavern are at the museum. For more info, call (502) 348-2999 or go online to www.whiskeymuseum.com.