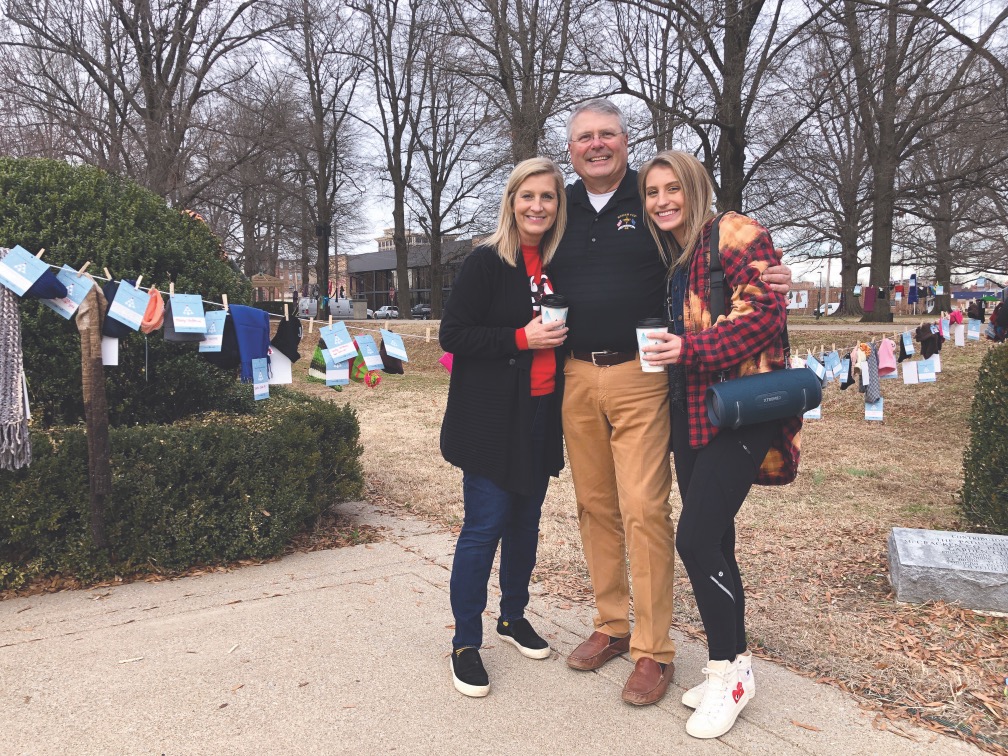 The Guess family, from left, Susan, Craig and Morgan, hosted the 2021 Scarf in the Park in Mayfield to help those impacted by the December 10 tornado. The annual event moved back to Paducah in 2022. Photo: Glenn Hall

“Bad things are going to happen in life,” observes Susan Guess, a consumer- member of Jackson Purchase Energy Cooperative. “You can choose to ignore them, blame others or do something about them.”

When her daughter, Morgan, now 20, was in third grade, she was bullied. “Kids who are afraid don’t learn,” Susan says. She, her husband, Craig, and Morgan decided to work toward positive change.

Susan and Morgan co-founded the Guess Anti-Bullying Foundation. They lobbied then-Gov. Steve Beshear to appoint a statewide task force, and in 2014, both were appointed to the resulting Kentucky Youth Bullying Prevention Task Force. They lobbied for a bill to define bullying in Kentucky, which protects all Kentucky students. Morgan and Susan were awarded the Kentucky Justice Association Consumer Safety Award in 2016 for their legislative work.

Morgan was 11 when she was appointed to the statewide task force, and 12 when she testified before the legislature.

“She learned you have a voice and can use it for good,” says Susan. “Young people can be the change makers. If you are passionate about something, speak up about it.”

In 2021, they received approval for an official Be Kind Kentucky license plate, expected to be available in June. Proceeds will go to the Guess foundation, which will allocate the funds to Kentucky’s 17 youth mental health drop-in centers.

The mother-daughter team also started Scarf the Park, in which scarves, gloves and hats are hung on clotheslines in a popular park for people to take as needed on Christmas Eve. The duo also bought educational toolkits that included the documentary Bully for schools in Paducah and McCracken County.

Susan, senior vice president and chief marketing officer for Paducah Bank, has a history of community involvement. She was the second woman to chair the Paducah Chamber of Commerce Board of Directors, serving in that position twice. She was vice chair and chairwoman of the Murray State University Board of Regents during her nine-year tenure on the board and also chaired the Lourdes Hospital Foundation Board of Directors.

Not surprisingly, Susan was named Kentucky’s top volunteer twice—first for chairing a 1998 campaign to build a $100,000 memorial garden at Heath High School following the school shooting there. Then, in 2015, she received the award for her anti-bullying efforts.