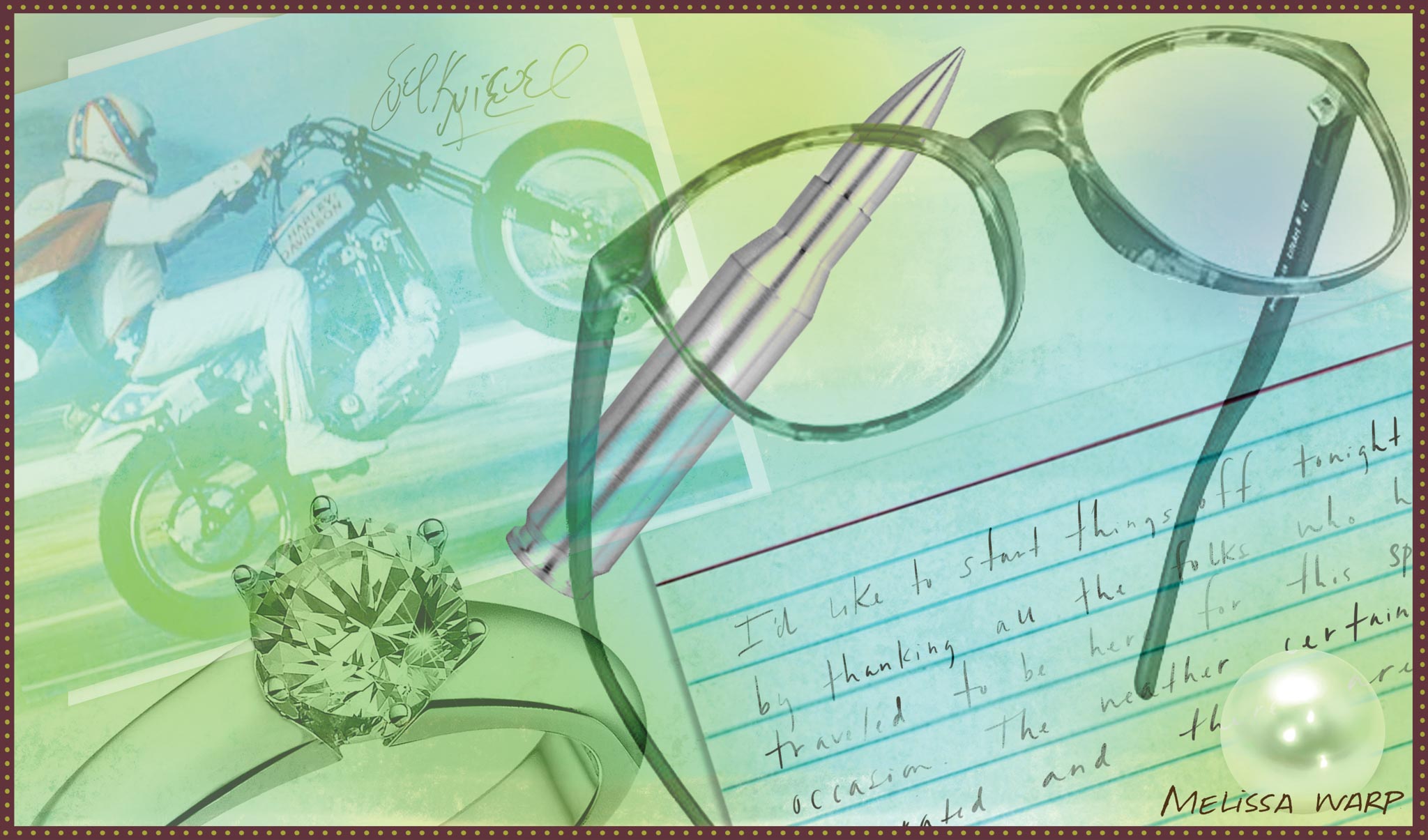 Embarrassing though it may be, it’s time to admit that I am a loser.

Not just one of the everyday “what-did-I-do-with-the-TV-remote” variety. I’m in the advanced class.

I’ve lost track of when it all started and have lost count of all the small items that have disappeared. These include a natural pearl, a little larger than a BB, from an oyster that I bit down on in a restaurant many years ago. A jeweler who examined it guessed that, in its raw form, it might be worth $60. But as a conversation piece it was priceless. I doubt that I had it more than a month before it vanished.

Then there was the silver bullet (made of plastic) that the late actor Clayton Moore, aka The Lone Ranger, gave me when I met him back in the 1970s. It was lost quicker than you could say, “Hi-Yo Silver, away!”

Gone, too, is an autographed picture of Evil Knievel, signed by the motorcycle daredevil during an interview before one of his death defying jumps.

Several years ago, I was asked to speak to a Christmas dinner for employees and their families at a manufacturing company in southern Kentucky. I placed my notes on the lectern at the head table when I began, offered a few words of greeting to the crowd, then glanced back down at the notes—which were gone!

Knowing that they had slipped off the lectern and onto the floor, I glanced around as best I could while continuing to speak, but they were nowhere in sight. So I gave up and winged it.

When the event was over, I looked under the tables, under the lectern and anywhere else I could think of, but my notes were nowhere to be found. I was speechless.

It gets better … or worse.

My wife Jackie’s wedding ring, which was removed at a Lexington hospital when she had surgery for a shoulder injury, was handed to me in a zip-close plastic bag when she was dismissed. I tucked it into one of my pockets, and we haven’t seen it since.

A few months later, after mowing the yard, I lost my glasses between when I parked the riding mower in the garage and when I got back inside the house. I searched the shrubbery several times—once with a metal detector—walked over the yard about four times, sorted through the recycling, rearranged one whole side of the garage, and searched the zero-turn mower. But the glasses have never been found.

If there is a “Losers’ Support Group,” I’ll bet the discussions are interesting.

A scuba diver from Somerset told me several years ago that he had been called to Lake Cumberland to search for everything from diamond rings and other expensive jewelry, to sunken houseboats and runabouts—and many sets of false teeth that boaters and swimmers have lost while coughing or sneezing.

Right then is when I realized that I’m not even qualified to wear dentures.