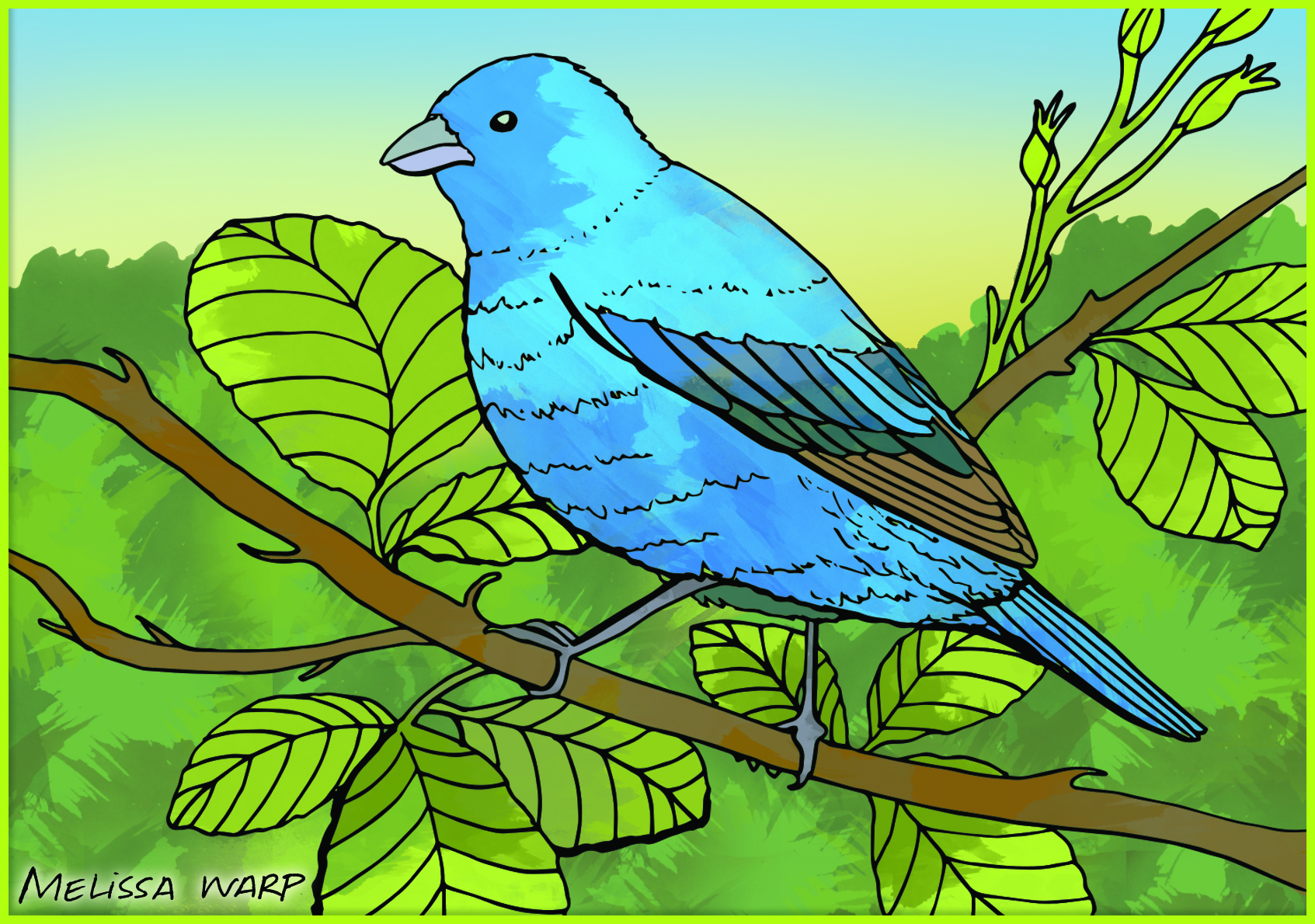 From nests to a calling in life

Visitors to the Jefferson County farm home of Brainard Palmer-Ball Jr. sometimes ask why he has left, undisturbed, a patch of blackberry brambles in the front yard.

His answer: “The indigo bunting nests there every year.”

“That’s all we can do, as individuals, is affect a little bit,” he says. “When you’ve grown to know birds and wildlife, you learn what they use. Then you can appreciate that little patch of ragweed or that section of hedgerows that you don’t completely clean up with weed killers.”

Palmer-Ball has certainly grown to know birds, perhaps as well as anyone in Kentucky. The Kentucky Breeding Bird Atlas and the Annotated Checklist of the Birds of Kentucky are among the markers of his successful career as a terrestrial biologist, a career that began on the 300-acre family farm where he grew up and to which he is now retired at age 59.

As a youngster, he was mildly interested in the birds gathered around the feeders that his late mother and father kept stocked in the backyard. But it was while wandering along one of the paths on the farm one day at age 14 that he saw, perched on barbed wire, a bird that gave wings to his calling in life.

“I didn’t recognize it, but I looked it up and figured out it was an Eastern Kingbird,” he remembers.

From then on, he was hooked.

After completing his master’s studies at the University of Louisville, he joined the Kentucky State Nature Preserves Commission as a zoologist, and would spend the next 24 years, as he once said, studying “anything in my path that flowers, flies, swims, or sings.”

Of the 380 species of birds known to inhabit Kentucky, he has seen approximately 360 firsthand—and can identify most by their call or song. Yet there are some occasional surprises, such as the Little Stint, a shorebird from Asia rarely seen in the U.S.—and even then usually on the Pacific Coast—that he observed at a flood retention basin 10 years ago in Louisville.

Curiously, he has noticed that some birds once rare in Kentucky, such as the blue grosbeak and tree swallow, have now become fairly common, while others, including Bewick’s Wren and Bachman’s Sparrow, both rather common in the mid 20th century, have now essentially disappeared. Several pairs of ravens have taken up permanent residence in a few southeastern Kentucky counties, while the bobwhite quail population continues a notable decline, due to loss of suitable habitat and perhaps more predation.

Palmer-Ball believes landowners are the most critical partners in protecting threatened plants and animals, many of which are on private land.

In an article for Land, Air & Water magazine some years ago, he wrote, “If I’ve realized one thing in all my years, it is that significant contributions to biodiversity conservation can come from seemingly the most insignificant of actions.”

Which brings us back to that patch of blackberry briars left undisturbed in his front yard.