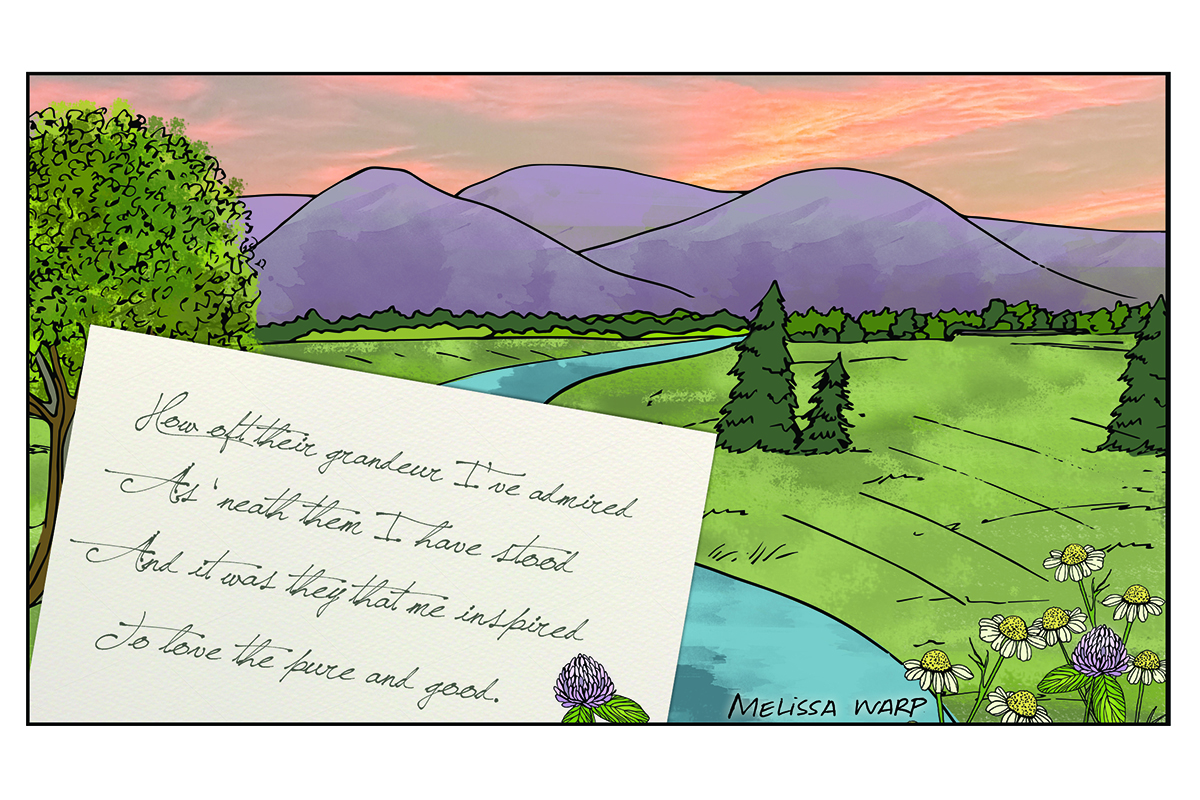 One man’s efforts bring long-lost poetry back to life

After sleeping most of a century in obscurity, the poetry of Effie Waller Smith has reawakened to new life through a twist of fate befitting one of her lyric works.

Effie Waller was born in the rural Chloe Creek community of Pike County in 1879 to former slaves Frank and Sibbie Ratliff Waller. The African American Registry notes that she was raised in a farm home “in which God was heavily praised and education highly prized.”

So began the life of a woman who stood only 5 feet tall, but whose image in the mirror of time grows ever larger in reflection of her poetic legacy to African American literature in Appalachia.

Inspired by the beauty of the mountains and streams she explored as a child, she was setting her thoughts to poetry by age 16:

“…How oft their grandeur I’ve admired/ As ’neath them I have stood;/  And it was they that me inspired/ To love the pure and good.”

Trained as a teacher at what is now Kentucky State University in Frankfort between 1900 and 1902, she taught school for several years in Kentucky and Tennessee, as her poetry flowered into longer forms and short stories. The simultaneous triumph and terminus of her publishing career came in 1917 when her sonnet Autumn Winds appeared in the prestigious Harper’s Monthly magazine of culture and the arts. It was to be her last known published work.

She would soon join a religious commune in Waukesah, Wisconsin, eventually moving to Neenah, Wisconsin, where she died in 1960. She had lost an infant child, and her husband, a sheriff’s deputy, had been murdered in Pike County in the line of duty. She had published three books of poetry that were all but forgotten by the time she died.

Then one day in the late 1960s, Pikeville College librarian Bruce Brown handed W. David Deskins, a junior English major and writer of poetry, an old book of Effie Waller Smith’s poems that had been found in an attic, and said, “Tell me what you think about this.”

Deskins’ eyes fixed upon a poem titled Memories of Home:

“Down below the apple orchard/ From a fern-clad mossy bank/ Where the naiads love to linger,/ Where the elders tall and rank,

And the willows cast their shadows,/ Where the night birds sweetly sing/ To the moonlight and the starlight,/ Bubbled forth a sylvan spring…”

Moved by her work, Deskins copied the poem, but laid it aside and did not rediscover it until 15 years later. He then embarked upon a determined, one-man quest to bring Effie Waller Smith’s poetry and life story to public recognition.

Recently told that, due primarily to his efforts, Effie Waller Smith’s poetry is now being taught in many African American literary courses across the nation, Deskins recalls, “I think I cried.”