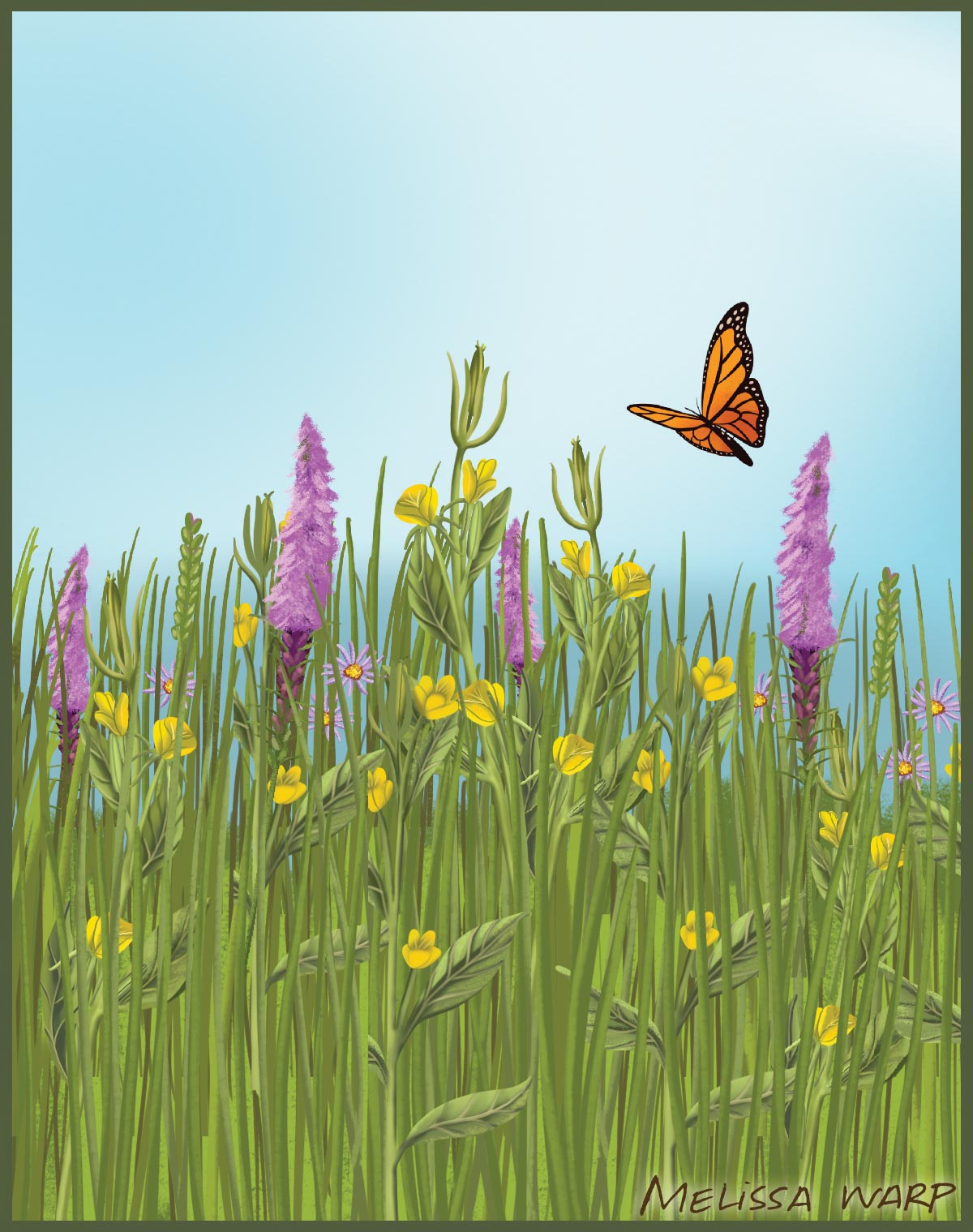 A SCENIC VALLEY THAT CRADLES Roundstone Creek in Hart County northeast of Mammoth Cave National Park seems the perfect setting for a native seed center that is helping restore native grasses and other foundation plant life of centuries past to thousands of acres across the country.

Roundstone founders Randy Seymour and his son, John, both longtime consumer-members of Farmers Rural Electric Cooperative, never imagined today’s success in 1995 when, armed only with two 5-gallon buckets, they began hand-stripping seeds from a natural stand of Indian grass in one of their fields to assist The Nature Conservancy with restoration of prairie remnants.

“It just, by word of mouth, took off,” recalls Randy, 78, who credits John, 48, with guiding the business’s remarkable success. But John insists it didn’t happen overnight.

“From the time we first picked, it was three years before we ever sold the first seed. It just takes a long time to get seed from the wild to make it commercially available,” he says.

Today, Roundstone is among the leading suppliers of native seeds in the eastern United States. It has a fleet of 17 combines or other harvesting machines, large seed cleaning and storage facilities, 32 full-time employees at its 2,000-acre farm in Hart County and other farms on contract that grow and harvest seeds in seven other states.

Among its many clients are East Kentucky Power Cooperative, which has supported Roundstone since its beginning; as well as national parks, highway projects, solar power installations, commercial landscapers, mine reclamation sites and a growing number of backyard habitat and monarch butterfly projects.

John is hopeful of adding other foundation plant varieties, including Cherokee white eagle corn, a surviving remnant of corn carried westward by members of the Cherokee Nation in its tragic, late-1830s government forced relocation known as The Trail of Tears.

His lifelong interest in native plants traces to early childhood walks with his mother, Myrtle Barbour Seymour, who instilled in him a fascination with the plants and wildflowers she stopped to show him in the meadows and woodlands around their Hart County farm. Now, the family’s passion for native plants continues.

“It’s become a labor of love,” says John, whose children work with Roundstone.

“I never got to see a prairie in Kentucky,” Randy tells me, “but John is in fact bringing some of that back with what we’re doing. And that truly is the highlight of my life right now.”