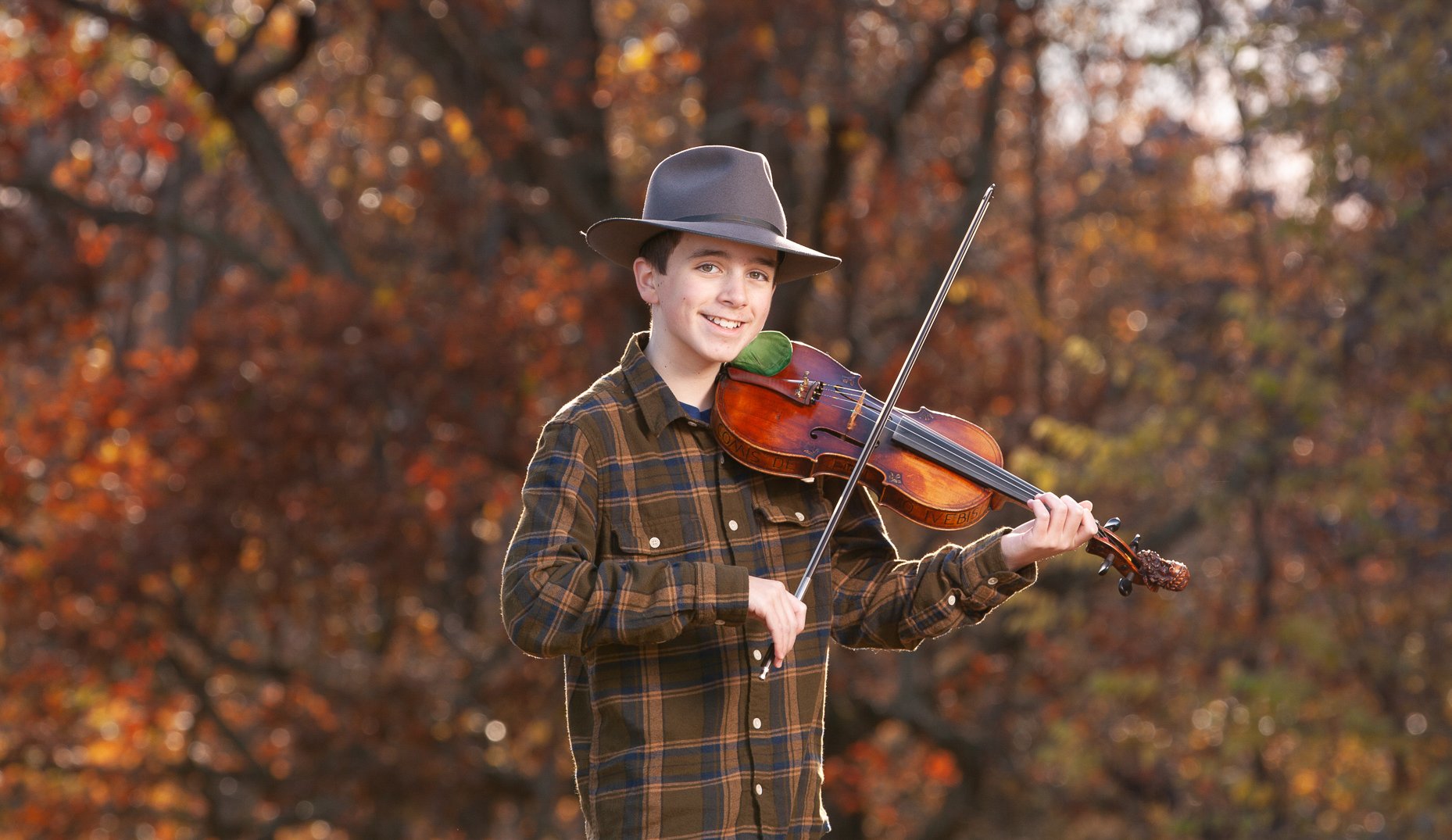 DURING LABOR DAY WEEKEND, Noah Goebel stood in the circle on The Grand Ole Opry stage where the best country and bluegrass musicians perform. He played Cotton Patch Rag on the fiddle.

Playing the Opry is a pinnacle for any musician, but especially for Noah, a 13-year-old eighth-grader from Elkton. Parents Chris and Jennifer Goebel are consumer-members of Pennyrile Electric.

The teenage fiddler has already won the 2021 Grandmaster Fiddler Youth Championship, as well as Kentucky and Tennessee State Fiddle Championships in his division. He has been on two national shows, NPR’s From The Top and WoodSongs Old Time Radio Hour.

He joins his sister, Lily, a 15-year-old sophomore, in a band called Classy and Grassy. Lily plays piano and guitar, and sings. They get dressed up (the classy part) and play Bluegrass (the grassy part).

“He is a gifted fiddler,” says his grandfather, Glenn Goebel, “and has set his heart in fiddling. … I encourage anyone with a gift to pursue it, but even with a gift, they won’t get good unless they practice.”

Noah says he practices whenever he wants, “which is a lot”—two or three hours a day. He does schoolwork, takes a break to fiddle and returns to his school lessons.

His love for the fiddle began when he was 8. A couple moved to Elkton and offered to teach fiddle tunes through sheet music, which is unusual. Learning from sheet music is typical for budding violinists, but fiddlers often teach the next generation without it. Noah was fortunate to learn from Dan Kelly, who played with such country stars as Roy Acuff, Faith Hill, Steve Wariner, Alan Jackson, and Clint Black. After Dan’s recent death, Noah now takes classes from Ivy Phillips, Cara Brown and Justin Branum.

Noah admits to a few nervous moments before playing the Opry. “Think about all the people who stood in that circle,” he says. He played his favorite song—the one he learned from his mentor, Kelly.

“It has a lot of tricks in it. Double stops, triplets and shuffles.” It is extremely difficult even for a 20-year seasoned musician.

“When I am competing in a contest, I think about goals,” Noah says. “I play those tunes hours a day. Often, I’m listening to a recording and hear a fiddle player do something that gets my attention. I try to do something different with it that also gets your attention.”