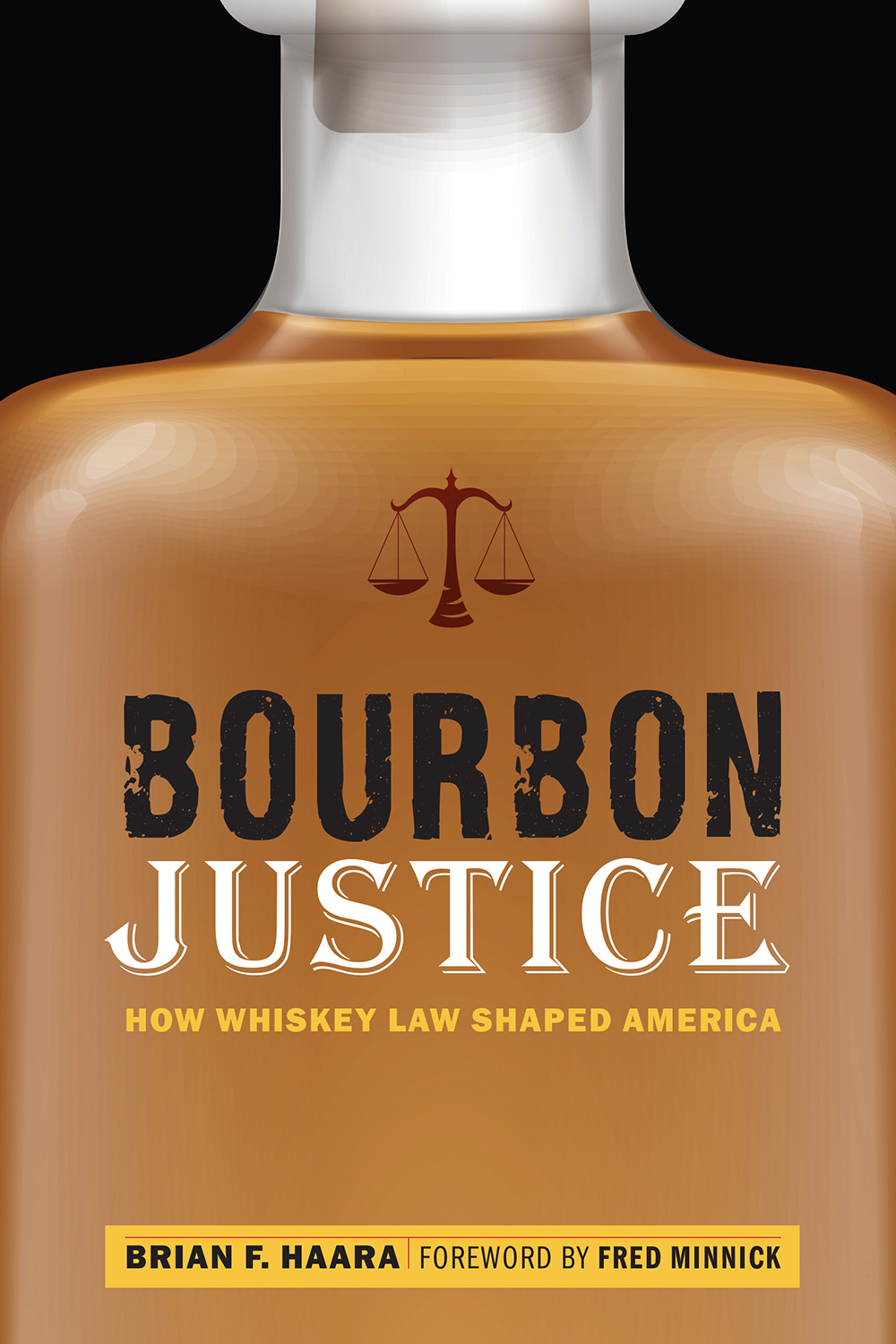 Ask folks what Kentucky is known for, and a few standard answers can be expected—the Kentucky Derby or Kentucky Fried Chicken, perhaps.

Becoming ever more prominent on the list, however, is bourbon, a fair addition since 95% of the nation’s bourbon is produced here. It might seem like a new trend, given emerging tourist attractions such as the Kentucky Bourbon Trail. Louisville author and attorney Brian Haara would beg to differ.

In his book, Bourbon Justice: How Whiskey Law Shaped America, (Potomac Books, $26.95), Haara argues that bourbon helped shape the very foundation of the country as its legal system developed around the distilling, consuming and selling of bourbon. And no wonder: At one time, over 2,000 Kentucky farmers were actively distilling. Combining his passions for history and law, Haara explains his belief exclusively through the examination of the facts and statutes presented in historic bourbon-related lawsuits. “No spirit can tell the story like bourbon does because only bourbon is distinctively—and legally—American, as recognized by Congress in 1964,” he states.

Haara also educates his readers on the qualifications a spirit must meet to be called bourbon, how labeling regulations and truth-in-advertising laws resulted from bourbon scammers, and distilleries’ influence on safe working practices.

Sprinkled throughout the book are tasting notes of the prominent distilleries’ offerings, including age, proof and price. A “Beyond Bourbon” feature illustrates the connection between advertising issues other products face today and bourbon law put in place long ago.

Bourbon Justice is Haara’s first book, but he says it won’t be his last. In the meantime, he continues to blog as Sipp’n Corn and speak to groups about bourbon history in addition to practicing law. He serves or has served on the boards of charitable organizations such as the Kentucky Humane Society and Zoom Group, a United Way agency. He and his wife have two children.