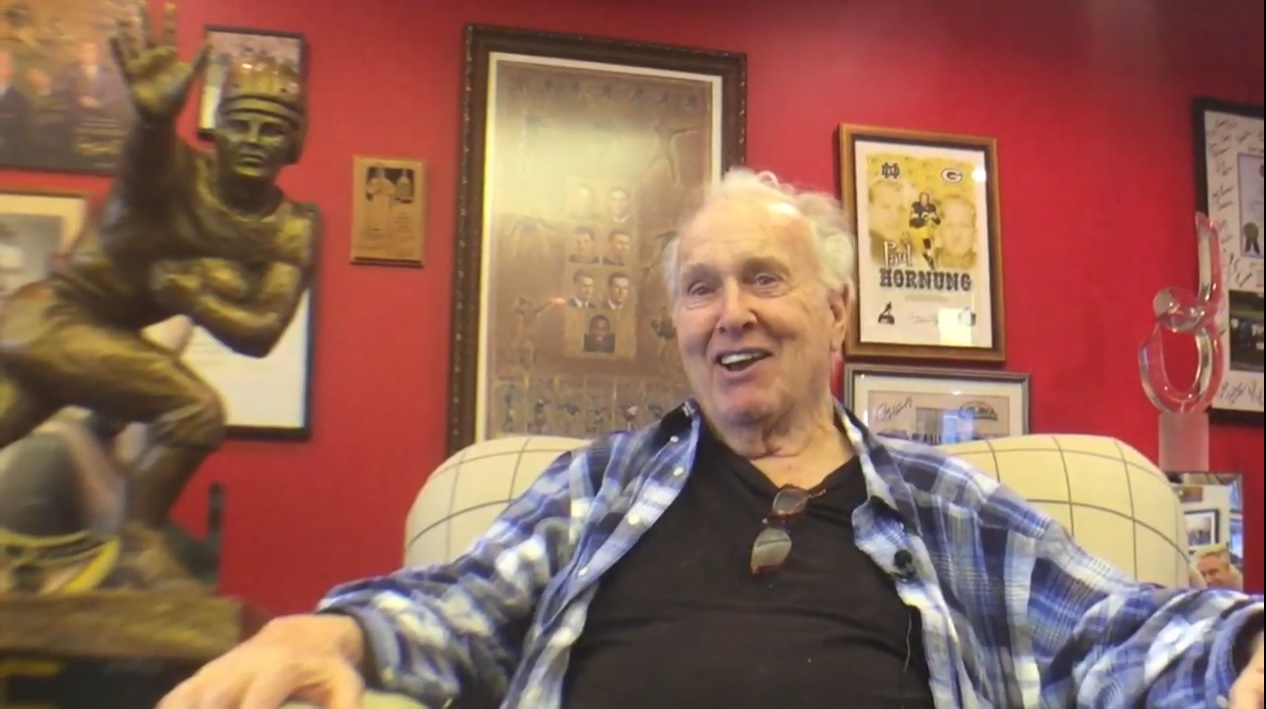 One of the greatest athletes in Kentucky history, Louisville native Paul Hornung, died on Friday, November 13, 2020.

Described by Green Bay Packers coach Vince Lombardi as “the greatest player I ever coached,” Hornung was selected No. 1 overall in the 1957 NFL Draft after winning the Heisman Trophy in 1956 at the University of Notre Dame.

Hornung was inducted into the Pro Football Hall of Fame in 1986.

In 2017, Kentucky Living stopped by Hornung’s office in downtown Louisville so he could announce the winners in the Athlete category in Kentucky Living’s Best in Kentucky awards. In the video linked to this story, Hornung shares stories of his childhood in Louisville, his playing days, football injuries, what he learned from Lombardi, and life as “The Golden Boy.”