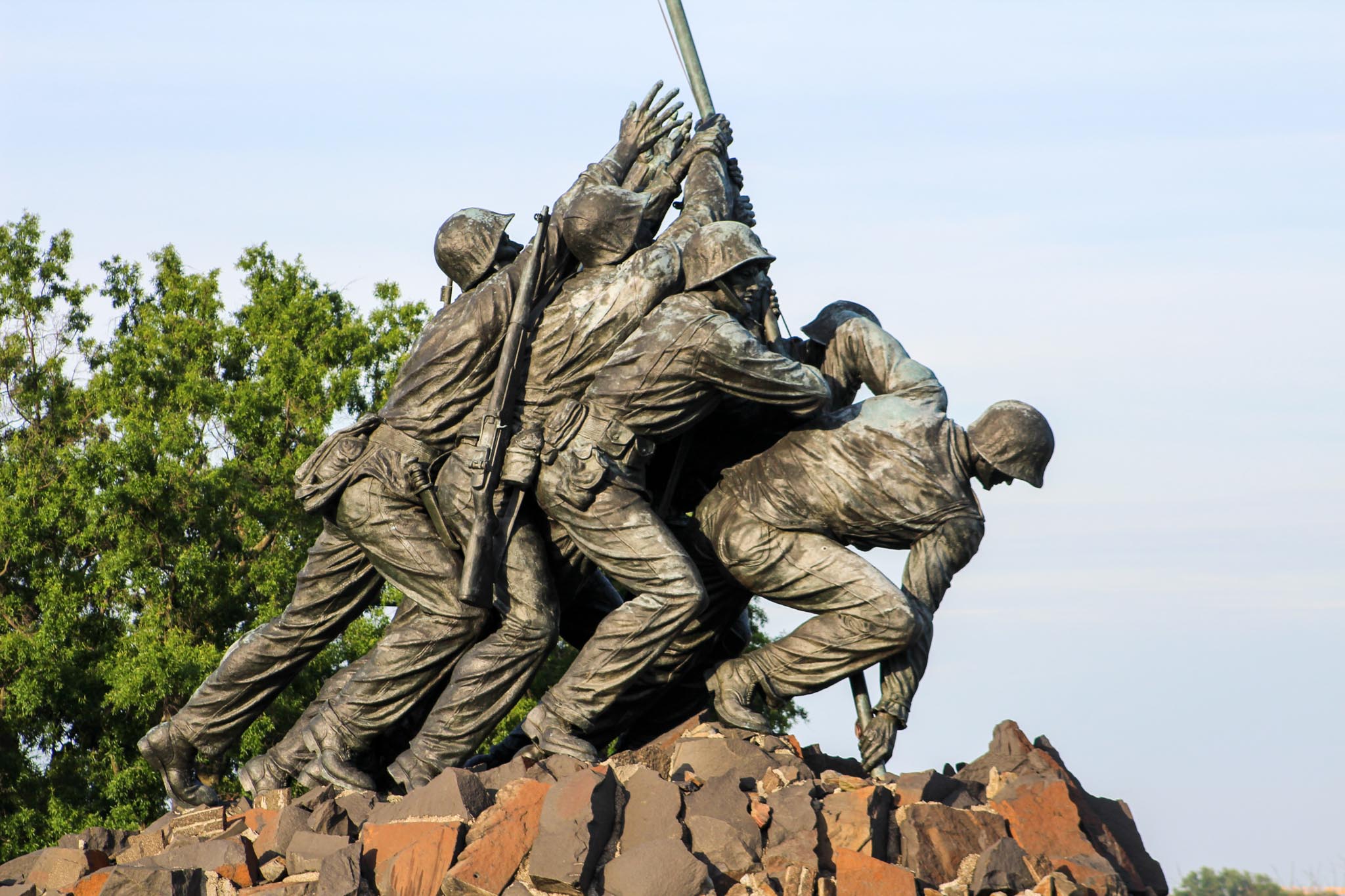 ONE SUMMER AFTERNOON many years ago, on the porch of a farmhouse in Fleming County, Goldie Price showed me the picture of her son who was killed during World War II.

An antique frame held one of her most treasured keepsakes—the iconic photograph of six battle-weary Marines raising the flag atop an extinct volcano on the Japanese held island of Iwo Jima. She’d been told that her son, Franklin Sousley, was the one with the rifle slung over his shoulder. His small portrait was inset in the top right corner of the picture that is commonly regarded as the best photograph of World War II.

Before Franklin shipped overseas on his 19th birthday, she’d told him, “Be careful son, and be good.”

She said he wrote in his last letter home, “Watch the papers mom, they took a picture of us.”

When the photo appeared in newspapers across the country, all the flag-raisers were ordered returned to the states to help promote national morale. But Sousley and two fellow flag-raisers were killed on Iwo Jima before the order reached them. Sousley was shot by a sniper.

Only in recent years has it been determined that he is not the Marine with the rifle on his shoulder in the photograph, but is instead the second Marine from the right whose facial profile is clearly visible.

“His daddy would’ve been proud,” Goldie Price said. “He was about 9 years old when his daddy died.”

Associated Press photographer Joe Rosenthal, who won a Pulitzer Prize for his photograph—and who took part in memorials honoring Sousley in Fleming County in 1975 and 1984—had inscribed Mrs. Price’s picture at the bottom: “In tribute to the heroic actions of Pfc. Franklin R. Sousley, Co. E, 28th Division, 28th Regt. 5th Marine Div. on Iwo Jima.”

The photograph and other Franklin Sousley artifacts are now in the care of Goldie Price’s grandson, Dwayne Price of Ewing, a retired Maysville firefighter, former director of emergency management for Fleming County, and, like his late grandmother, a longtime consumer-member of Fleming-Mason Energy. Price was a primary consultant for Kentucky historian Ron Elliott’s book, From Hilltop to Mountaintop (Acclaim Press), about the life and legacy of the Kentucky flag-raiser.

Before saying goodbye to Goldie Price on that long ago afternoon, I loaded my old Nikon and clicked a few black and white pictures of her holding the cherished photograph. No caption was needed for this picture, beyond what was written in the lines on her face.

She had lost one of Franklin’s brothers with appendicitis at age 4, and another in a car accident at 18.

Her last years were spent with her son from a second marriage, and his wife, before she passed away in 1988 at age 83.

She had given up her original burial plot at the Elizaville Cemetery several years earlier to make space for a proper monument for Franklin. She was laid to rest on the hillside overlooking his gravesite.