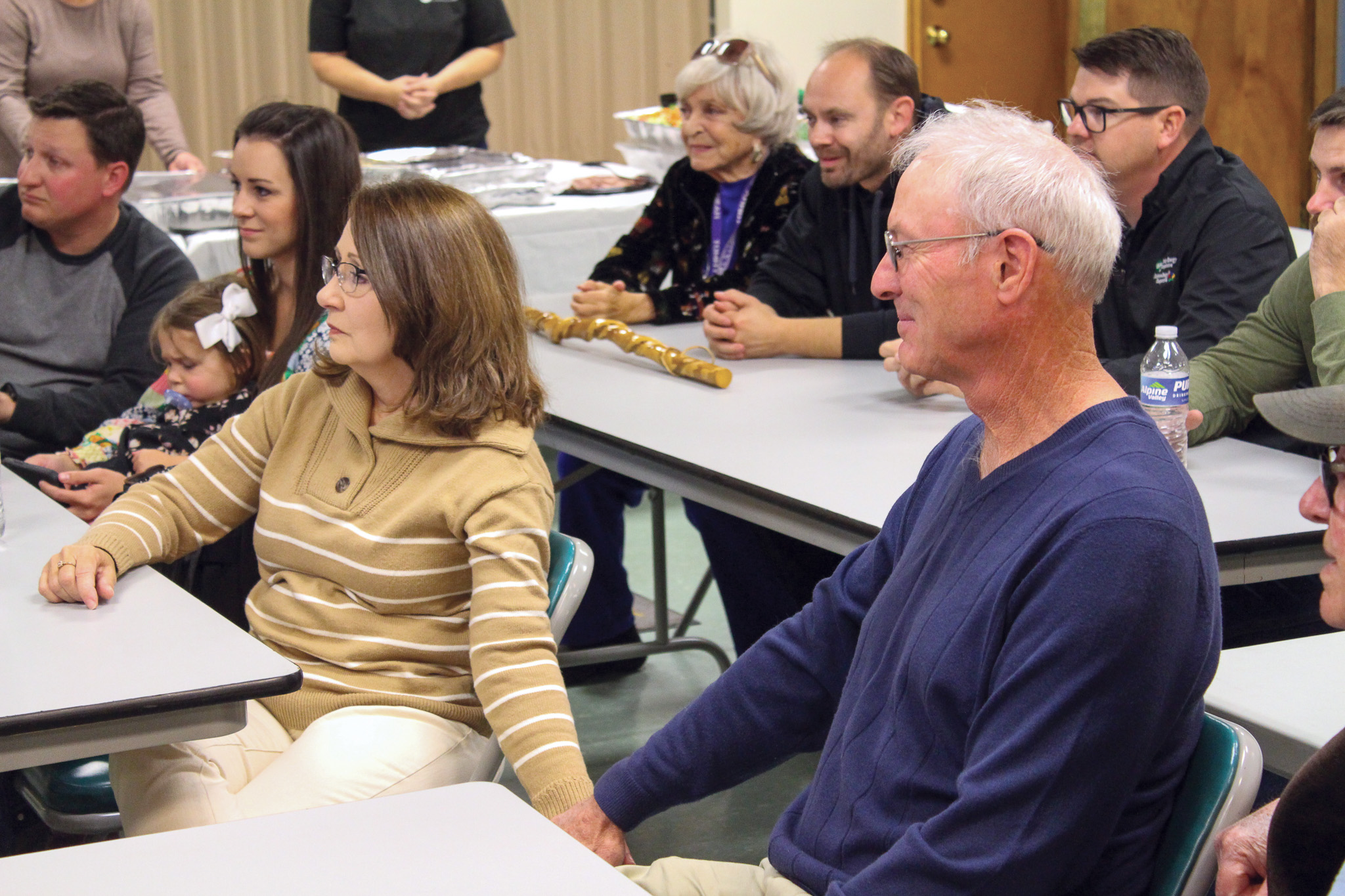 Rick Shaw and his wife, Tammy, attend a luncheon in his honor. Photo: Wade Harris

This October, Rick Shaw of Shelby Energy Cooperative became only the second Kentuckian inducted into the International Lineman’s Hall of Fame.

Shaw worked as a lineworker for 44 years. He retired in 2021, but came back months later to serve as an engineering inspector and training coordinator.

“Rick is a model as a lineman,” says Jack Bragg, president and CEO of Shelby Energy. “He’s somebody that any lineman should want to emulate. Forty-four years as an active lineman, always does things right the first time. (He’s) a real community fellow, a family guy.”

Shelby Energy honored Shaw with a luncheon October 19 and celebrated with his coworkers, family, and local and state dignitaries.

The first Kentuckian inducted into the International Lineman’s Hall of Fame was Harlan Stout of South Kentucky RECC.

“They only bring six into the class every year—that’s international, not just national—so it’s a real honor,” Bragg says. “But it’s a real reflection on what Rick’s value is.”

Shaw shares his recognition with his colleagues.

“I’m humbled by it,” he says. “There’s several that I could give the honor to, and they deserve it as well.”