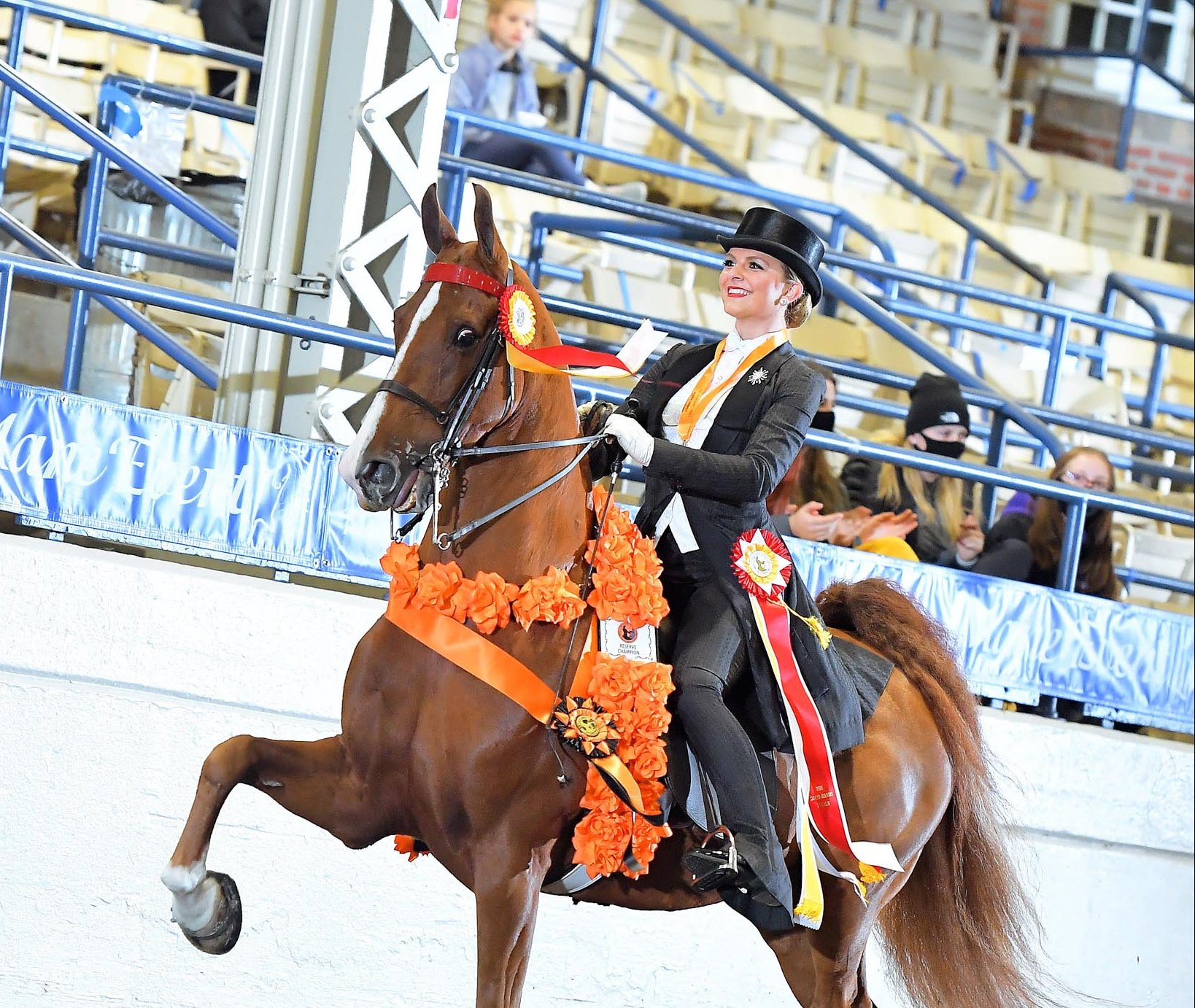 For Kentucky teen, riding and showing saddlebred horses is in her genes

The American Saddlebred is as unique to America as Alayna Applegate is to Kentucky.

The breed has been a part of America’s history since the 1600s when it was brought from the British Isles to the American colonies and bred to thoroughbreds. It was known as the American Horse, the forerunner of the modern saddlebred horse, a high stepping show horse born with the ability to walk, trot and canter.

Alayna Applegate of Ewing, Kentucky, has been part of American Saddlebred history since 2012 when, as a 7-year-old, she won her first world’s championship title in walk and trot equitation. She had been training for only a year at that point, having fallen in love with saddlebred horses after receiving a package of riding lessons when she was 6. It had been a birthday gift from her grandmother.

“I was so excited to be on a horse’s back,” Alayna says of that very first riding lesson. “I have always loved horses, so that was a big deal for me.”

The daughter of Wes Applegate, superintendent of maintenance at Fleming-Mason Energy, and Brooke Applegate, a riding instructor at Desmar Stables in Harrodsburg who grew up showing saddlebred horses herself, Alayna comes from a long line of saddlebred competitors, beginning with her great-grandfather. Saddlebreds are practically in her genes.

At age 10, she became the youngest rider to win the Junior Equitation National Championship. She has also competed with the USA Saddle Seat Young Rider team in New Orleans. Alayna’s latest victory took place in 2020 when she earned a spot on the World Cup team that would have traveled to compete in South Africa if not for the COVID pandemic.

“Competing in shows has helped shape who I am today,” says Alayna. “It has helped me understand more about how the world works while helping me improve life skills that I will use forever.”

Alayna currently spends at least five days a week training at Desmar Stables. When she returns to Fleming County High School as a senior in the fall, she will spend three days in the barn and two days in classes. Her goals include attending the University of Kentucky after her graduation and to eventually become an assistant trainer at Desmar Stables.

As a 17-year-old, Alayna has one year left to compete as a junior exhibitor. At the end of the year, a decision will be made, either to continue as an amateur competitor in the sport or join the professional ranks. For this world champ, that decision is an easy one.

“I want to go professional,” she says. “And earn my living in this business.”

Shelbyville—American Saddlebred Capital of the World