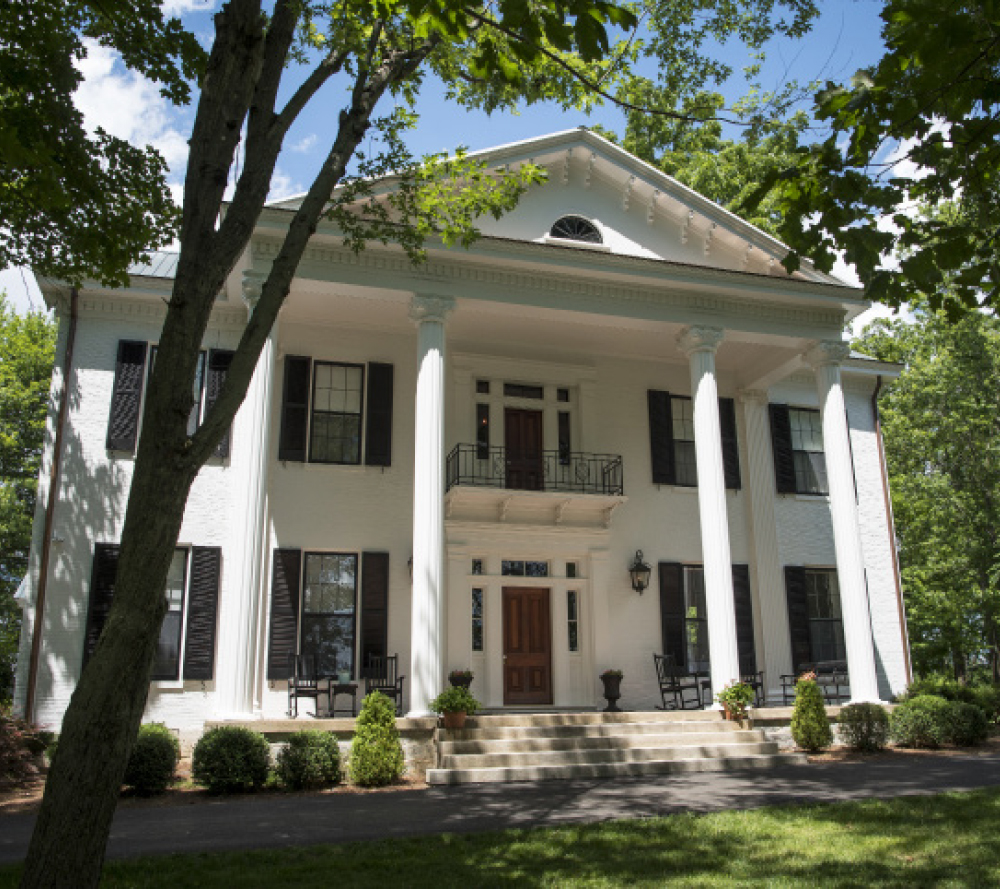 “I love old houses,” says Sonia Kirkman, who divides her time between southern California and central Kentucky, where she and her husband, Robert, grew up.

Sonia doesn’t remember ever noticing the antebellum Greek Revival mansion just outside of town until 2014. That’s when she was looking to open a bed-and-breakfast, and the house and 64-acre property happened to be on the market.

“I told Robert it would make a great bed-and-breakfast. He said, ‘Are you insane? We live in L.A.’”

Sonia concedes Los Angeles or Lexington might have been easier choices, “but it feels good to do this in Cynthiana,” which has no hotels in town. “It was an opportunity to bring something to the community.”

That something is Ashford Acres, a five-suite bed-and-breakfast with an on-site chef. The renovated house now includes a full kitchen and two dining rooms. It hosts weddings, birthday parties, weekend getaways, business retreats, and even has a Civil War re-enactment on the calendar for 2018.

The house was built in 1858 and there are stories that it served as a makeshift hospital for wounded soldiers during the Battle of Cynthiana in 1862.

Sonia runs Ashford Acres with her sister, Annastasia Hicks, who lives in Cynthiana and oversees day-to-day operations. And in case you’re wondering, while Sonia is very proud of Robert’s work as creator and executive producer of The Walking Dead, “This is not a zombie-themed bed-and-breakfast,” she says. It’s a point she’s had to clarify on multiple occasions since Ashford Acres opened in 2016: “Robert has his work. This is mine.”

In the broadest sense, the Kirkmans have both crafted their own compelling visions of escape. One is a fictional world filled with drama, conflict, and hardship. The other is a literal getaway, a place that offers calm, comfort, and abundance.