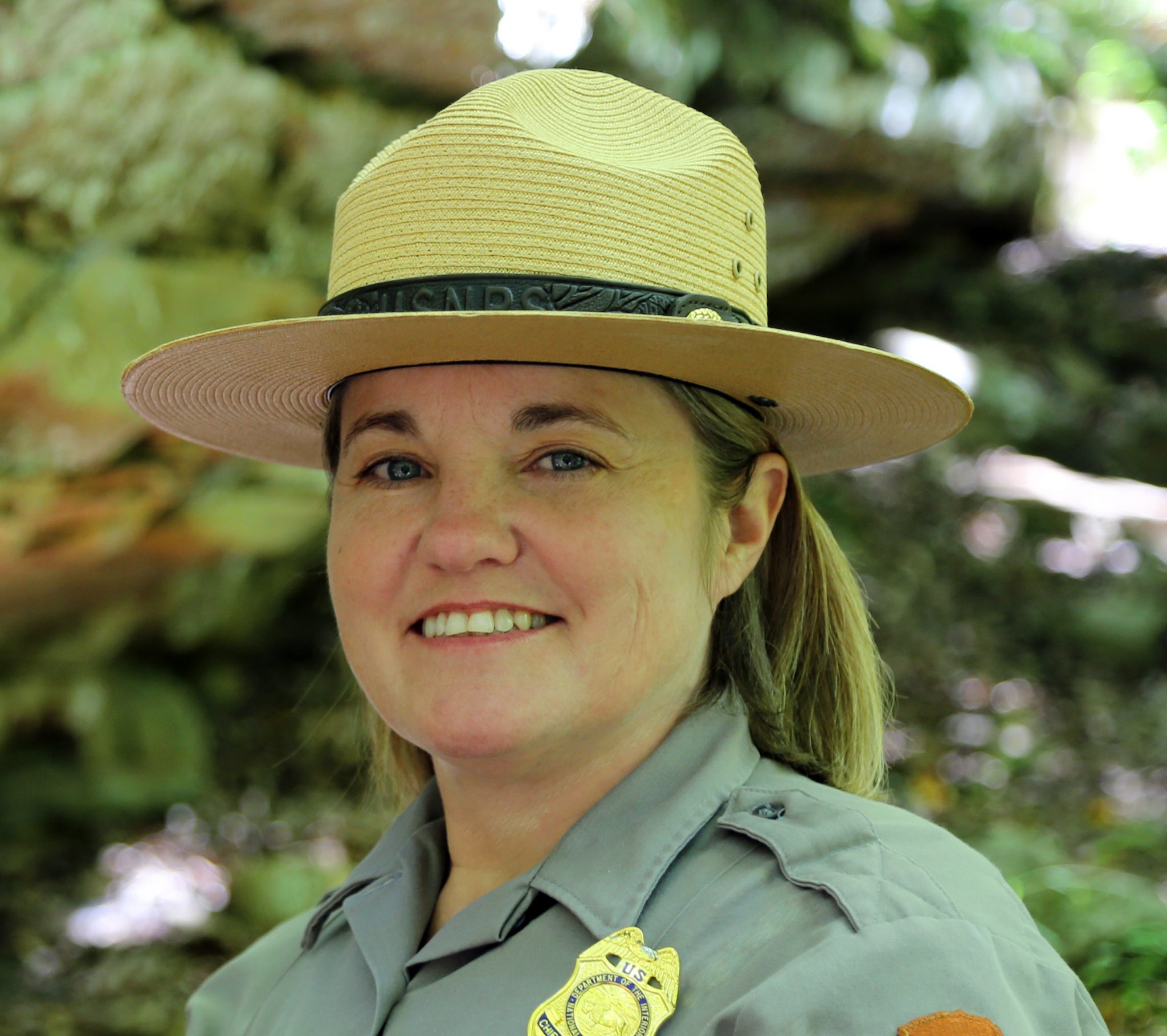 MAMMOTH CAVE, Ky., December 10, 2018: Lora Peppers, Chief Ranger of Mammoth Cave National Park, will retire from the National Park Service (NPS) on December 31, 2018. Her career began at Mammoth Cave in 1985 when she worked at the visitor center information but eventually took her to parks and adventures around the country.

Peppers began working for Mammoth Cave while she was a student at Edmonson County High School in Brownsville, KY. She was one of two students selected to work in the park, and was eventually enrolled in a special park service program which transitioned participants to a permanent job within the NPS.

“I was fortunate to have been selected to work with the park service right out of high school,” said, Chief Peppers. “I enjoyed interacting with visitors at the information desk and have great memories of working with the park staff during my seasons here. Then I was informed by my supervisor that the permanent position wasn’t going to be here at Mammoth Cave, but was going to take me to another park service site in Florida.”

Peppers was instead picked up by Castillo de San Marcos National Monument in Saint Augustine, FL for her first permanent job with the Interpretation and Fee Management division. In addition to collecting entrance fees and providing information to visitors, she was sent to the Federal Law Enforcement Training Center (FLETC) in Glynco, Georgia where her long term career in law enforcement began.

“I have had some memorable and amazing experiences throughout my time in the park service,” said Peppers as she reflected on her career. “I have trapped and tagged manatees, alligators and sea turtles; coordinated large scale search and rescue missions, assisted with special events involving international dignitaries; and dealt with plane crashes, major storm events, and multi-agency law enforcement investigations. It has not been boring.”

Over the years Peppers’ career has taken her to Fort Matanzas National Monument, Everglades National Park, Great Smoky Mountains National Park, and Shenandoah National Park before she returned to Mammoth Cave where she has served as Chief Ranger since 2014.

“Lora has been a great asset to both Mammoth Cave and the park service,” said Superintendent Barclay Trimble. “She is someone I know I can count on in tough situations and has the vision and ability to effectively lead her highly skilled team of employees. I will miss getting to work with her, but wish her the very best in her well-deserved retirement.”

“I am taking many fond memories of the parks and the work I have accomplished,” said Peppers, “but looking back, it really is the people I’ve worked with that has made my job enjoyable. I’ve been so privileged to work in these great, iconic places, but have met people along the way that are even better. I am grateful to have worked with them.”

For her retirement plans, Peppers will be staying in the Mammoth Cave area relaxing, traveling and enjoying time with her husband, Greg. She is even planning on coming back to the park when her time allows to work under the park’s volunteer program to take photographs for the park image collection.

“I’m looking forward to now being able to travel with my husband and not having to worry about what’s going on at the park or someone else’s schedule. After 32 years, I am ready.”