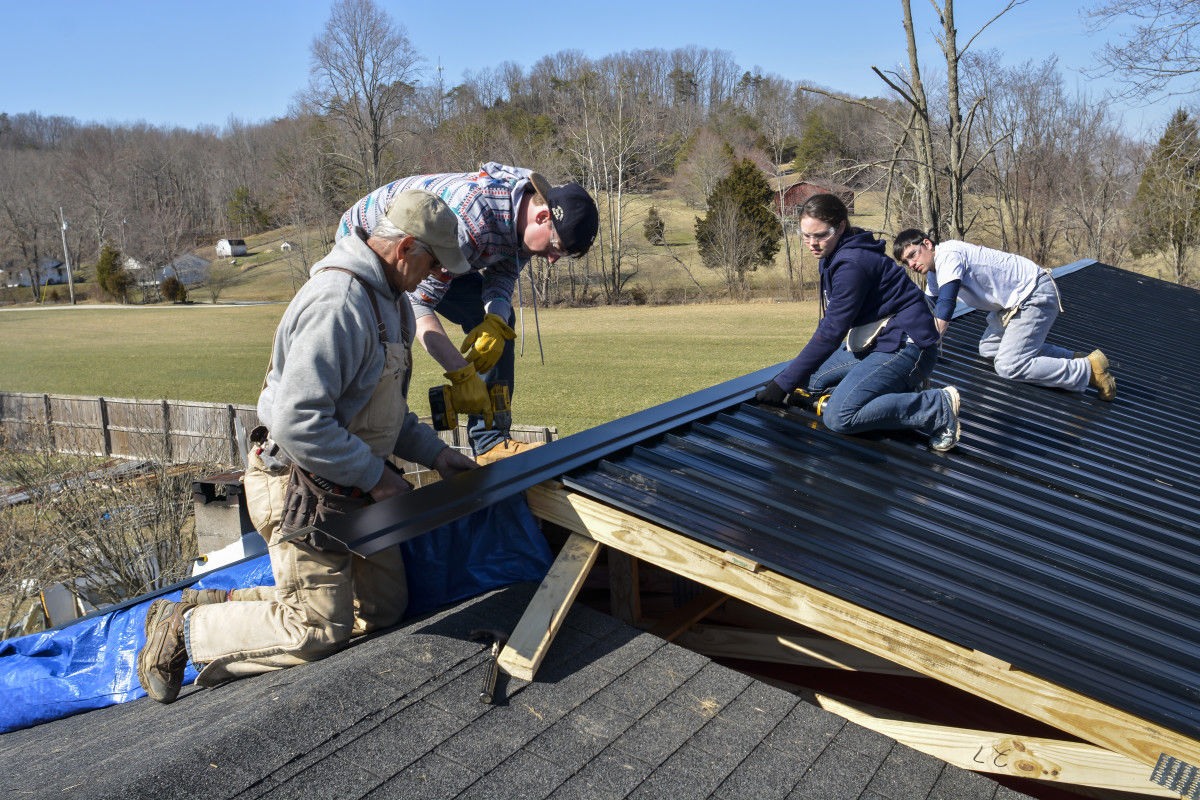 It wasn’t supposed to snow. After all, it was spring break for the college students who had wound their way into rural eastern Kentucky from across the nation. But the snow was just one of many surprises this week, and like the others, it was easily, joyfully accepted.

The students were in Kentucky for WorkFest, one of an array of programs serving the most basic needs of the region’s most vulnerable residents—children and families, the elderly, and individuals with disabilities—conducted by the Christian Appalachian Project, or CAP as the nonprofit organization is affectionately known. CAP provides home repair and reconstruction, food, disaster relief, crisis intervention, child development, summer camps, family advocacy, domestic violence shelters, in-home respite, clothing, and programs for the elderly.

With help from hundreds of volunteers, CAP has renovated 362 homes in Floyd, Jackson, Rockcastle, Clay, Owsley, McCreary, Martin, Lawrence, and other counties during WorkFest since the annual event began in 1992. On this day in March, CAP volunteers were in Rockcastle County working on four homes.

One was the home of Vincent, a member of Jackson Energy Cooperative. Vincent had returned to Kentucky from 11 years working for the military to find his home in need of far more work than he could accomplish alone and with little money.

“I am like the Beverly Hillbillies,” 48-year-old Vincent joked, his green eyes smiling above his mustache, a bandana on his head and two earrings piercing his left ear. “I packed up everything I owned in my truck and came home. This is home. I always come back home.”

But home had a bathroom floor that had rotted out. The living room floor was also gone. The roof leaked. Windows had to be replaced. Plumbing needed repair. The front porch was close to falling down. The modest home was barely habitable. Still, no one seemed to see the problems; they were focused on the solutions.

[blockquote type=”left”]50 YEARS IN THE MOUNTAINS
Want to know more about the Christian Appalachian Project? This summer, CAP premiered 50 Years in the Mountains: The Story of the Christian Appalachian Project. Actor Martin Sheen narrates the documentary, which tells CAP’s story from the beginning to today. To view the documentary, go to www.christianapp.org, search for “50 Years in the Mountains” for the video link, then log in. There is no cost to view the program.[/blockquote]

Seeing the solution rather than the problem is standard fare for CAP, which is celebrating its 50th anniversary all year from now until August 2015. Started by the Rev. Ralph Beiting, a Catholic priest assigned to a slice of eastern Kentucky without a single Catholic church at the time, CAP grew from Beiting’s ingenuity in helping those around him. At first Beiting would travel to northern Kentucky, where friends and church families would donate all kinds of goods and clothes, and he would distribute them to those in need. His outsized personality soon led him into the hearts of the people and that led him to try to meet the many needs he found.

The first official CAP project came in 1964—a summer camp for boys on Herrington Lake in Garrard County. Beiting went on to develop the concept for finding ways to help people help themselves. He named his ministry the Christian Appalachian Project and declared it would be “a group that would roll up our sleeves and get the job done.”

That same work ethic and dedication continues today, 50 years later, as the Christian Appalachian Project goes about improving the lives of those in Appalachia.

“Cut it like this,” instructs Jay G. Dresser, a CAP volunteer for 15 years, as he takes a power saw from one of the students to demonstrate how to notch a 2 x 4. A few feet away, students are in the bathroom ripping up rotted flooring while another group works in the bedroom. It is dark and nippy inside the modest home, but no one seems to notice as a happy cacophony of saws, hammers, and laughter fills the house.

“That’s better,” Dresser encourages. “Push this. Now pull the plate all the way out. Now stand it up and let me reset the blade.”

“The kids now have a warm bedroom,” says Betty. A fire in the kitchen earlier had done extensive damage to another part of the house, but she did not have the ability to repair it. “I just did the best I could,” she says. “My sister-in-law fell through the porch and the refrigerator almost landed on her.

“My son passed with leukemia when he was 32,” Betty says, her long brown hair now streaked with gray. “He always told me if he won the lottery he would bulldoze down this house and build me a new home. I wish he was here to see this. They have done miracles.”

Everyday miracles are what CAP has come to be known for as it has grown into the 16th largest human services charity in the country with 160 employees and as many as 50 long-term volunteers.

Families requesting help fill out an application, which is reviewed by a caseworker who then schedules a home visit to assess the applicant’s needs. The families go through a budgeting process and in monthly installments pay back one-half of the material costs (up to a maximum of 5 percent of their income). They also donate sweat equity. All the labor is donated for the homes that CAP builds or repairs.

Across Appalachia, similar projects are under way. A CAP-operated food pantry called Grateful Bread warded off hunger for 800 families last year, and Grateful Threadz, a store accepting donations of gently used clothing, helped thousands of individuals and families. Prescription assistance helped 709, family advocacy served 4,980, elderly services 267, and domestic violence shelters 2,640. It is the same with numerous other programs. In all, the organization reached more than 50,000 people last year. Each represents a need met, a better life.

“We exist to serve God,” says CAP President Guy Adams. “That is a high calling. How we do that is helping people in need in Appalachia.”