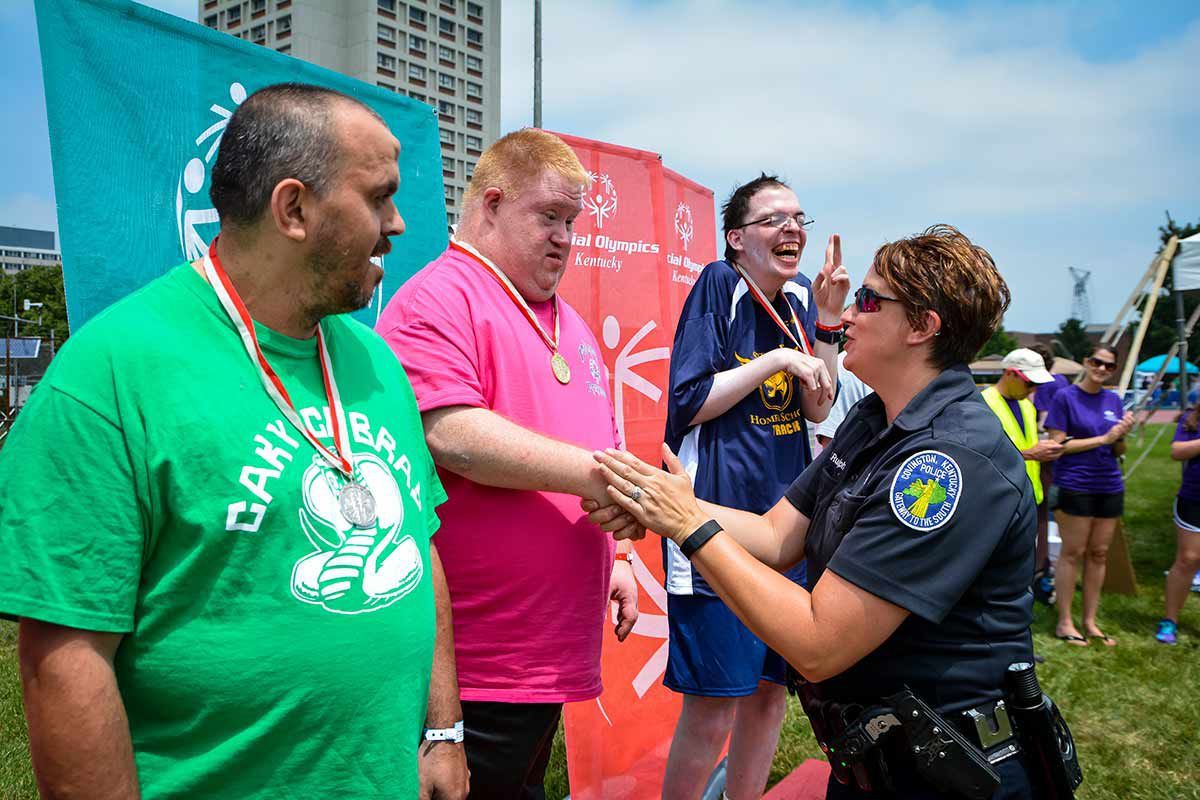 “I can be myself, and everyone cheers for everybody else,” says Aliya White of why she loves to participate in Special Olympics. “And I love the medal and trophies.”

Aliya, age 11, will join more than 1,400 athletes set to compete in the 2016 Special Olympics State Summer Games June 3-5 at Eastern Kentucky University in Richmond. The Games are Kentucky’s largest competition of the year.

Although the word “special” may be overused, the games are just that, says Trish Mazzoni, Special Olympics Kentucky president and CEO. The athletes compete in track and field, aquatics, soccer, bocce, and artistic and rhythmic gymnastics (Aliya’s specialties). Each athlete must train for a minimum of six to eight weeks and qualify by participating at a regional or area-level event.

“The athletes have worked hard for this,” Mazzoni says. “They show not only amazing sportsmanship and attitude but true acts of courage.

“The impact it can have on family members is also huge. Years ago, the parents’ worlds were rocked when they were told their child would have limitations. At the Special Olympics, they have a chance to see what their child can accomplish. There are also so many great friendships formed.”

And for the fourth consecutive year, Kentucky’s Touchstone Energy Cooperatives will help make it all possible by being a Platinum sponsor and providing hundreds of volunteers.

“Special Olympics touches one in six Kentucky families,” says Sha Phillips, Marketing and Brand supervisor for East Kentucky Power Cooperative, Winchester, a Touchstone Energy Cooperative. “One of our core values is commitment to community, and this sponsorship demonstrates our support to the people we serve.”

The event also involves nearly 1,000 volunteers, many of them employees of an electric cooperative.

“Volunteers are critically valuable,” Mazzoni says. “We have five sports venues and an Olympic town with interactive activities, all run by volunteers. The co-op volunteers embrace the true spirit of the Games.”

46th Annual Kentucky Summer Games
Eastern Kentucky University, Richmond
Opening Ceremonies: Parade of Athletes, Friday, June 3 at 6:30 p.m.
Games Begin: Immediately after opening ceremonies and run until 9 p.m. Friday at the pool inside Alumni Coliseum and at the track.
Saturday, June 4: Games begin at 7:30-8:30 a.m. and run until 3:30 p.m. at all venues. Check the website (www.soky.org) for details. Note that the majority of events are at the EKU track, the pool inside Alumni Coliseum, and the intramural field next to the EKU softball field.
Closing Ceremonies: Saturday, 7 p.m. outside Alumni Coliseum in the top parking lot closest to the EKU baseball stadium. There will be fireworks if weather permits.