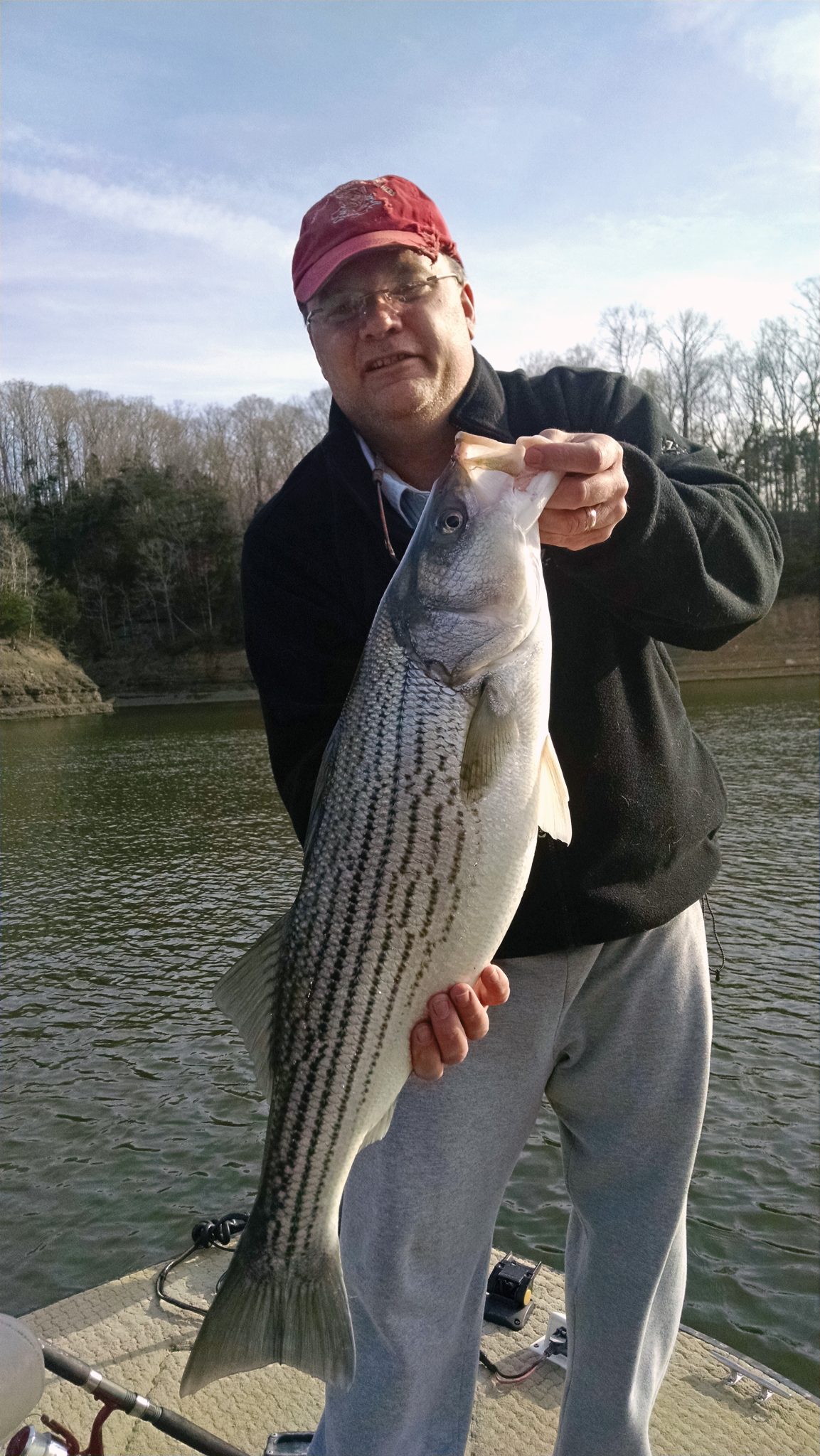 Lee McClellan with evidence that striper fishing is on the upswing in Lake Cumberland, as the lake recovers from years of low water. Photo: Joe McWilliams

Great fishing awaits you in 2017. On many lakes across the state, conditions have been ripening for the past few years to produce a bumper crop of fish ready for anglers to catch.

For those wishing to experience a taste of saltwater-like fishing far from the coast, head to Lake Cumberland in the southern end of the state.

“Four or five years ago, if you caught a striped bass over 10 pounds, then you were really doing something,” says John Williams. “This year, we’re already hearing of some 20-pound fish being caught. Growth rates for stripers are rebounding. They’re healthier and have better body condition than in the past few years.”

Williams should know. He’s the Kentucky Department of Fish and Wildlife Resources’ head fisheries  biologist for the Lake Cumberland region. “I think the fishing for striped bass will be good this year—it’s probably going to be the best year that it’s been for a lot of years.”

Striper fishing suffered when the U.S. Army Corps of Engineers dropped the lake 43 feet to repair Wolf Creek Dam from 2007-2013. The return to normal levels restored water conditions favorable for striped bass, resulting in their resurgence.

While many people prefer to use guides for striper fishing because it requires such specialized equipment, most anglers have the light equipment needed for crappie. It’s as easy as threading a minnow on a hook and dropping it into submerged brush.

Anglers are discovering Cave Run Lake near Morehead offers a hotspot. “Cave Run Lake has had some awesome year classes for crappie,” says district fisheries biologist Tom Timmermann. “The crappie have had some of the best growth rates we’ve seen.”

A major effort to add more fish habitat to the lake—in the form of submerged trees, brush, pallets, stumps, and more—helped beef up the lake’s crappie population. It also made fish easier to find.

“There’s no secret to it,” says Timmermann. “Last spring, the fish were spawning on top of the habitat structure. If you’re not catching fish in one location, just move on to the next spot.”