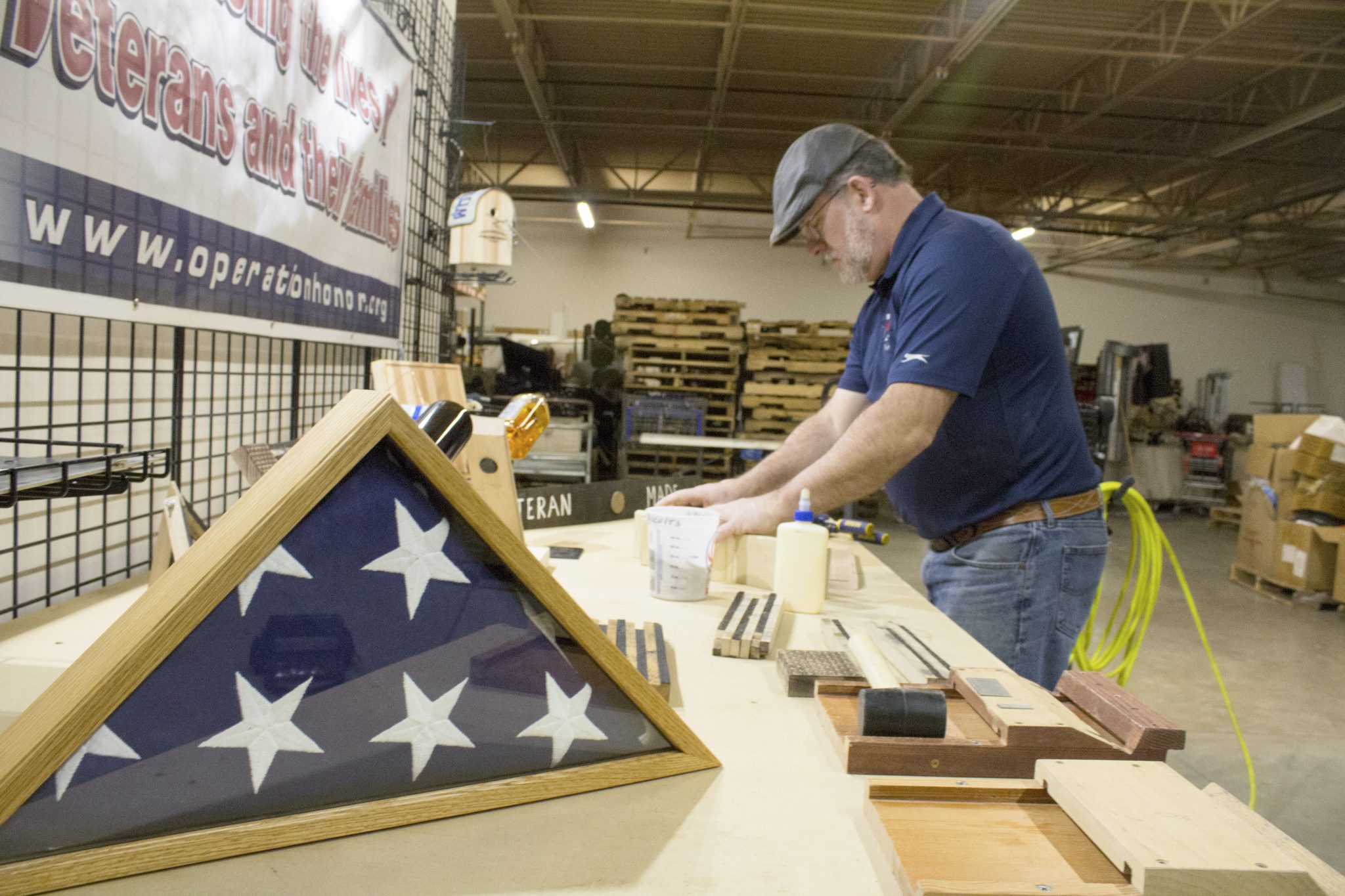 When Joe Montgomery, founder of Operation Honor, went to a cemetery to pay his respects to an indigent veteran who had passed away, he saw something that at first upset him, and then gave him a new focus for his organization.

“In the office, there were many flag cases and as I picked them up one by one, each had information about a veteran from Korea or World War II and right below was a big sticker that had ‘Made in China’ on it. That’s when we had the idea to create cases that are made here in Kentucky.”

Each one-of-a-kind flag case is handcrafted and signed by an American veteran and made of high-quality, Kentucky-sourced materials of American oak and glass.

Montgomery’s organization started a decade ago under the name Tailgating for Troops.

Montgomery’s goal is to open a larger warehouse where he can employ even more veterans and increase the production of the custom-made flag cases.

“Being able to provide flag cases that every family wants, ones that are made by American veterans, who have been there and done that, is really special,” says Al Duncan, director of Kentucky Veterans Cemetery North.