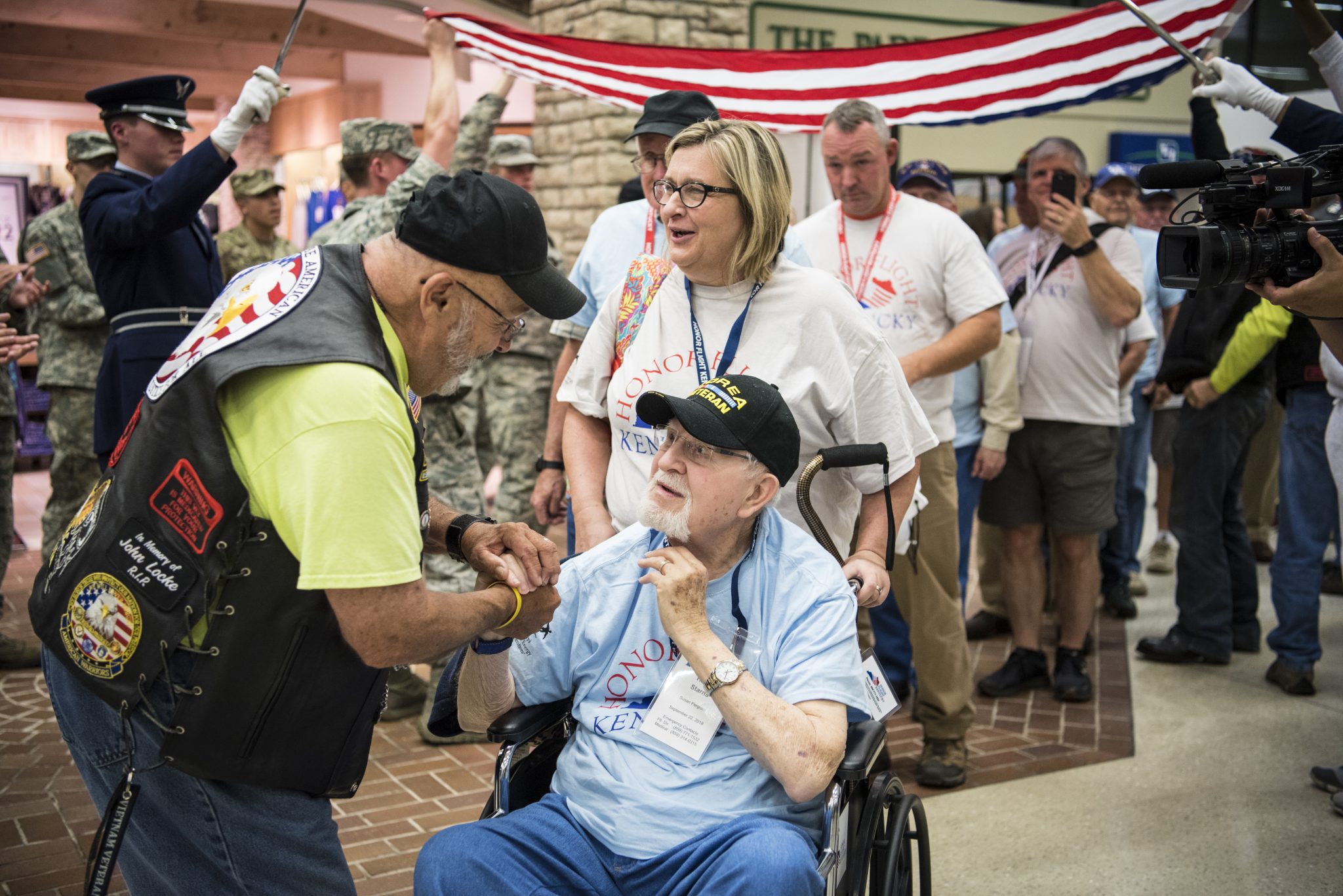 Kentucky’s Touchstone Energy Cooperatives are joining with Honor Flight Kentucky to sponsor a flight this week for veterans from Kentucky who served during World War II, the Korean War or the Vietnam War. The cooperative-sponsored flight to Washington, D.C., takes place Saturday, Sept. 21.

The co-ops are sponsoring 72 veterans on the trip. This is the ninth consecutive year Kentucky’s Touchstone Energy Cooperatives are sponsoring the all-expenses paid trip for veterans to see their memorials.

“The veterans we’ve sponsored often tell us this is one of the greatest days of their lives,” said Joe Settles, Manager of Member Services for East Kentucky Power Cooperative, one of Kentucky’s Touchstone Energy Cooperatives. “These are people who served and often suffered for our freedom. It’s an honor to express our appreciation.”

The 2019 contingent includes 99-year-old World War II Army veteran Henry C. Ledford of Clay County, who will turn 100 the day after he returns from Washington, D.C. The flight Saturday will be his first time ever traveling by air and the first time he’s seen the World War II Memorial honoring the 16 million Americans who served during the war.

“A lot of them didn’t get home,” Ledford said, fighting back tears.

One of the greatest things that Ledford’s 411th Infantry Regiment did was to liberate prisoners from a concentration camp near Landsberg, Germany. “They were skin and bones and came out and grabbed us, hugged us and kissed us,” he said. “They were starved to death.”

Others participating in this year’s Honor Flight include:

Kentucky’s Touchstone Energy Cooperatives are inviting families, friends and supporters to gather at Blue Grass Airport by 7:30 p.m. to greet the veterans when their flight arrives from Washington. There will be additional parking available at the airport to accommodate the crowd.

“Come help us make this one of the best days ever for these veterans,” urged Phil Pittman, Director of Honor Flight Kentucky.“It’s a small way of paying our respects to these Kentucky heroes.”