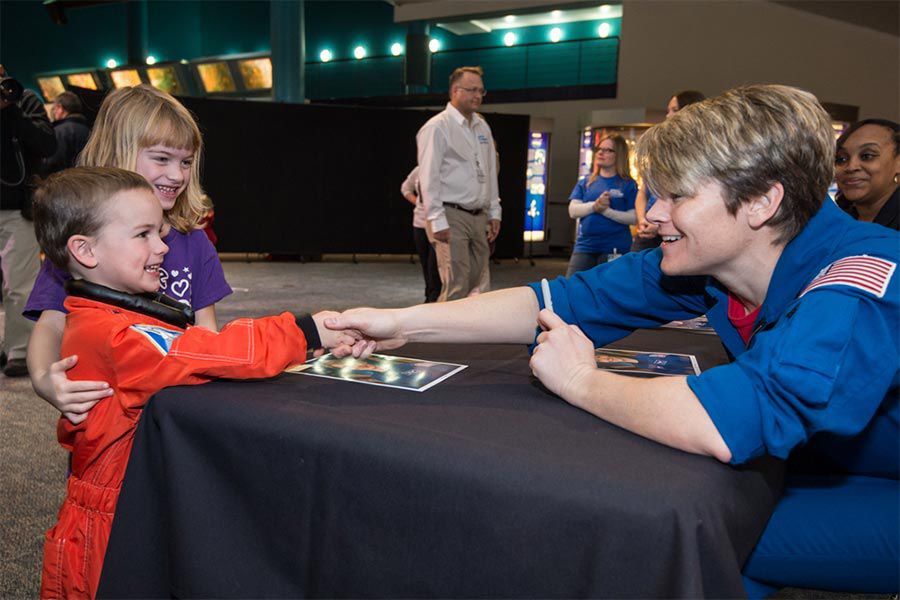 Women have been going to Mars for more than a half-century, but only in film. The reality has been a bit different. Not many remember the Mercury 13. We’re more used to hearing about the Mercury 7 astronauts, the guys with the “Right Stuff.” Despite the rule that women could not fly military jet fighters, and thus could not quality as astronauts, a pool of 700 women pilots was narrowed down to 13 in a privately funded test program. All had at least 1,000 hours of flight experience, some even as civilian test pilots.

The idea was the brainchild of a NASA engineer and the famous record-holding aviator Jackie Cochran. Jerrie Cobb, who passed all three test stages, called the group FLAT, a delightful acronym standing for Fellow Lady Astronaut Trainee.

Final training at a naval aviation facility was never done because that part of the program was abruptly cancelled. Because it was a private enterprise, NASA was not involved and the Navy declined. The Mercury 13 entered history, but not before seven of the original group watched the first woman commander of a space shuttle, Eileen Collins, launch into space in 1999.

The current astronaut corps is almost half women; women are among the staggering array of personnel that make up a great space adventure, including engineers, planners, designers, robot lander mission directors, habitat testers, astronomers, and physicists. Some of the women astronauts may land on an asteroid in a NASA mission that has been planned for some time, or may fly a return to the moon.

But some of them have their eyes on Mars: a six to nine month journey just to reach the planet, and two to three years for a round-trip.

These women have flown combat missions in Iraq and lived in extreme cold in Antarctica; most have wanted to be an astronaut since childhood. At age 5, one even drew a picture of herself standing on the moon. Three of them are married, two of them are mothers. They fly T-38 jets for practice, take airplane rides that give a few precious seconds of training in weightlessness, put on space suits that outweigh them by hundreds of pounds, and train in pools that simulate zero gravity.

They all want to watch a Martian sunset in the rust-red sky and later see the fairly small points of light in the night sky that are the distant Earth and Moon.

The mission to Mars is probably 15 years away and the original four, possibly joined by others from future astronaut classes, will one day crawl into a launch vehicle that will take them to a Mars ship waiting in orbit. They will land on the Red Planet and spend perhaps a year in a tiny Martian habitat built by previous robot missions. The only relief from constant human friction will be the occasional walkabout among the rocks and dust of Mars, stumbling around in the weak gravity in a bulky spacesuit. And finally, more intense closeness aboard the return flight for months on end back to Earth.

At least Nichole Aunapu Mann, Anne McCain, Jessica Meir, and Christina Hammock Koch, the four NASA astronauts currently training for a potential Mars mission, are planning on coming back. Some women are signing up for a one-way trip—what some people think is a suicide mission.

Eliminating the return saves massive mission costs and materials. So does living off the planet if it can be done. The Mars One program, a private, grassroots Mars mission aiming at a landing in 2027, has ignited interest everywhere and drawn 200,000 applications worldwide in just the first round.

Thirty-three of the finalists are Americans, ages 19-60. One of them is Sonia Van Meter, a mother to two stepsons who are all for her mission. Her husband, who is completely supportive, calls himself an astronaut husband. And despite the misgivings of internet critics, she is an optimist and sees establishing a human presence on Mars as the realization of a great dream.

• Read the full feature, Mars Fever, from the June 2016 magazine.