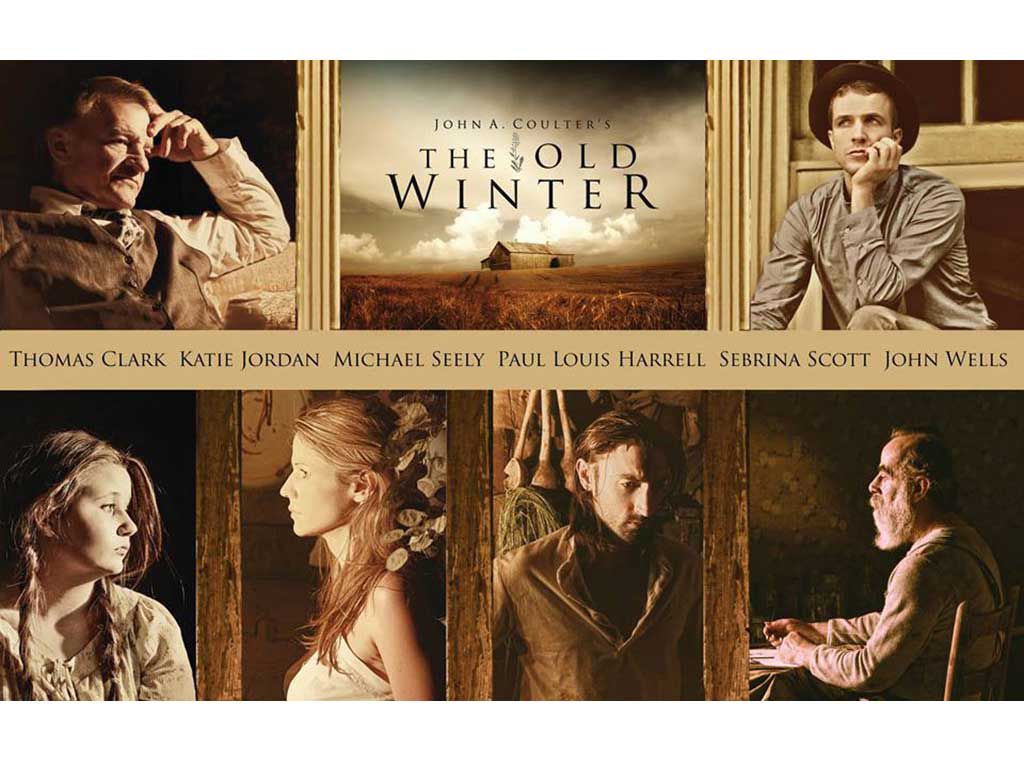 Native Kentuckian John Coulter is the writer, producer, director, cinematographer, composer, and editor. Raised on a small farm in Nelson County, in Bloomfield, this independent filmmaker and owner of Tunnell Mill Pictures has been regularly turning out short films and feature-length films.

The Old Winter was created to “help create change,” says Coulter. “Or, to inspire folks to be frustrated enough about the loss of small farms that the film gives us yet another reason to do something about it.”

Four years in the making, over the course of a year and half, The Old Winter is a historically based drama, slightly over two hours, that was filmed on location on beautiful Kentucky farmland in and around Bloomfield.

The Old Winter takes a look at how the hard, physical work, amid the solitude of beautiful fields and pastures, created mature men, women, and children, strengthened their Christian spirituality, and brought them closer to God, the result being people who led cleaner, safer, happier, and more rewarding lives in the long run.

Lead character Asa Bodine returns to inherited farmland to rebuild his life 40 years after he left it during Depression-era Kentucky.

Coulter sets up for the film for us: “There is a beautiful string of small Kentucky knobs (wooded hills) that has been plowed into by bulldozers recently to make way for an enormous subdivision. A small mountain, literally, carved in half. Chances are, the people that will live in those houses will never appreciate what was beneath the floors of these houses before them.

“The same has happened with rural farmland. The land is rapidly being cut up, subdivided, or industrialized. The strong family values and morals that came with these small farms are vanishing. Small farms created stronger morals, harder work ethics, and quite simply, better people. When small farms flourished, society was less rushed and less stressed…and happier. The Old Winter is just one example of how one of these farms came to be broken up and how it affected those people.”

By working the changing seasons into the story, it also allows some of the younger characters to literally grow up on film, says Coulter. “We see them appear younger at the beginning of the film than we do at the end.”

Principal cast members are all Kentucky-based actors, says Coulter. “Thomas Clark, Katie Jordan, and Paul Louis Harrell are all from or live in Bardstown. Mike Seely, John Wells, and Sebrina Scott live in Louisville. Many of the supporting roles are played by actors from Nelson County.”

Coulter explains that you never know how these screenings are going to go after you make a film, but he says, “The strong public demand to see the film has been nothing short of astonishing, which we are more than happy about—it’s a Kentucky film! So we are grateful for the strong interest here at home.

“We were only planning on having one Kentucky showing originally,” says Coulter. “But when it sold out over a month in advance, we set another showing. And when that one sold out—and based on the amazing reactions to the film—we knew we were going to have to slow down and have more screenings across Kentucky.”

Two more screenings are currently playing on October 23 in Louisville and November 5 in Murray. Additional screenings may be scheduled.

Coulter and Tunnell Mill Pictures are currently in the middle of production on another short film about a young woman disguised as a private to fight in the Civil War, titled The Private. Coulter says, “Production for the short version wraps up November 5, but will very soon after be launched back into production as a feature film.”