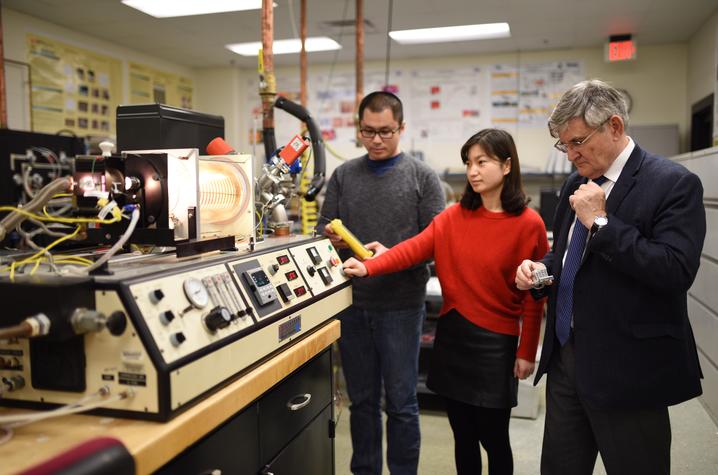 The project, “Brazing Aluminum Alloys in Space,” will study how molten metal behaves in space and could enable manufacturing/assembly and/or repairs of the International Space Station or other spacecraft, as well as facilitate construction in space and/or on extraterrestrial objects (like on Mars), as well as other applications. The targeted technological applications involve mitigating the consequences of possible collisions with micrometeorites and space debris.

The project was selected as one of 16 flight proposals for research to be conducted aboard the International Space Station as part of NASA’s MaterialsLab program. The team’s data will eventually be available to the global community of researchers through the NASA Physical Sciences Informatics system. The UK project is the only proposal constituting a separate investigation, while the other 15 proposals are clustered in remaining six laboratory investigations.

Sekulic, the principal investigator and Secat-J.G. Morris Aluminum Professor in the Department of Mechanical Engineering, will lead a team of investigators that includes S. Mesarovic from Washington State University; Jan Franser and David Seveno from KU Leuven in Belgium (sponsored by the European Space Agency); and Mikhail Krivelev from Udmurt State University in Russia (sponsored by Roscosmos). In addition, three doctoral students and two postdoctoral researchers will be involved.

The research includes both experimental studies and theoretical modeling aimed at uncovering the behavior of aluminum alloys in liquid state. Experimental work will be executed both at the International Space Station and under terrestrial conditions.