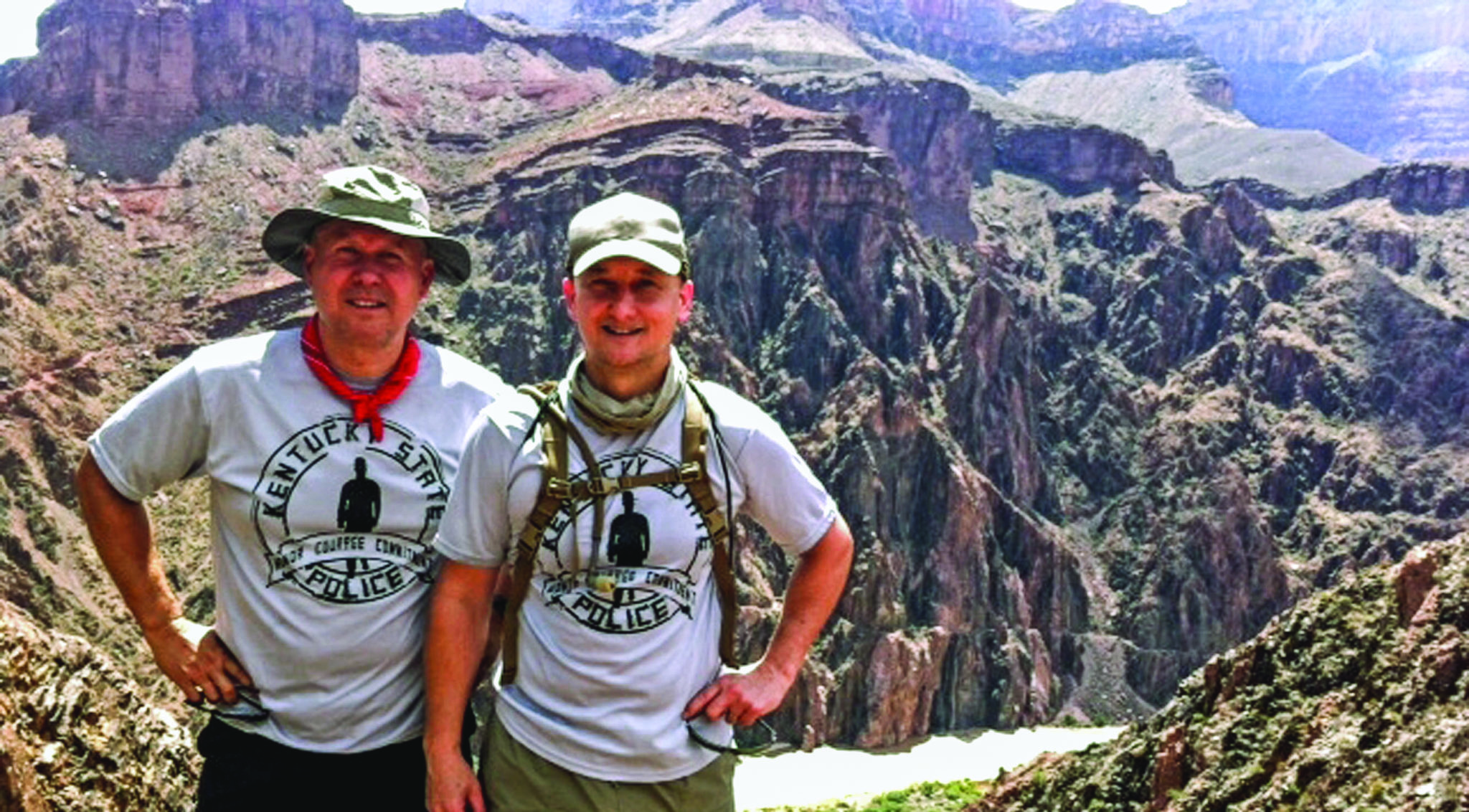 Two Kentuckians hiked the Grand Canyon in Arizona to honor Kentucky State Police, and to raise money for a statue of a trooper to be located at the new KSP Training Academy in Frankfort. Kentucky State Police Commissioner Rodney Brewer and Lt. Col. Jack Miniard traveled the 30 miles from rim to rim in August. They carried with them photos of the 27 Kentucky officers who lost their lives in the line of duty since the creation of the agency in 1948. They’re asking people to donate $1 to The Trooper Project, for the statue planned for unveiling in May next year. Contributions can be made online at www.thetrooperproject.com, or mailed to The Trooper Project, 919 Versailles Road, Frankfort, KY 40601.