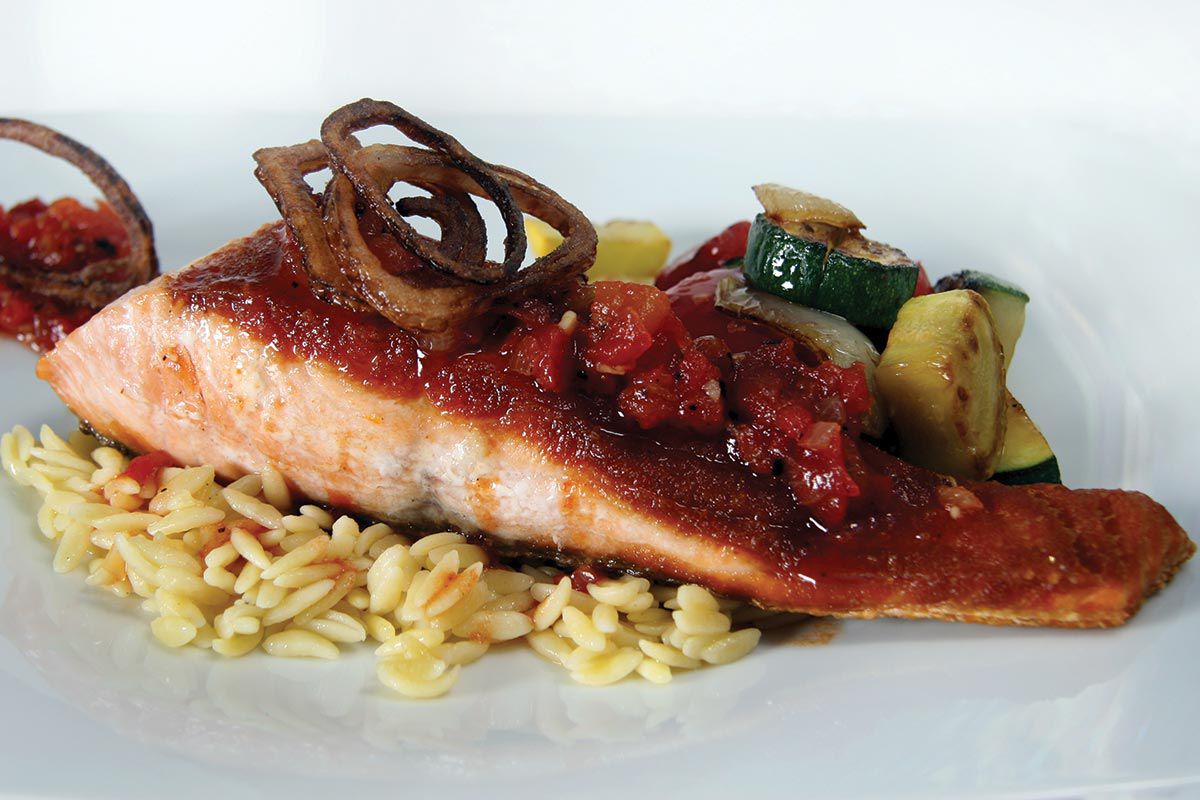 Fort Mitchell’s Justin Dean is a food lover’s food lover. Growing up on a farm in northern Kentucky, “we basically had a homestead out of necessity, so I spent my childhood butchering animals out of necessity,” he says. To pay for his education at culinary school, he waited tables.

“I know where every piece of meat in my house has come from.”

After opening and closing a restaurant in northern Kentucky, he was hired in 2002 by Cincinnati real estate developers Martin and Marilyn Wade to manage Pigall’s restaurant in Cincinnati, and has worked with them ever since.

But Dean’s timeline doesn’t really do justice to his energetic pursuit of all things food. He tends a large garden in the trendy Cincinnati neighborhood of Over the Rhine. He joins friends to process Appalachian-grown pork, returning home with leftovers that he delivers to eager chefs who make headcheese, souse, and other delicacies.

“I know where every piece of meat in my house has come from,” Dean says. “People call me ‘the local food guy.’”

His most recent venture is making vinegar with the leftover wort from local breweries with his friend Richard Stewart, who runs Carriage House Farm in North Bend, Ohio. With the vinegar, Dean makes “gastrique,” a super-easy mix of vinegar and sugar that makes a great sauce for meat. Dean’s Madhouse line of malt vinegars will be available at Whole Foods in 2016.