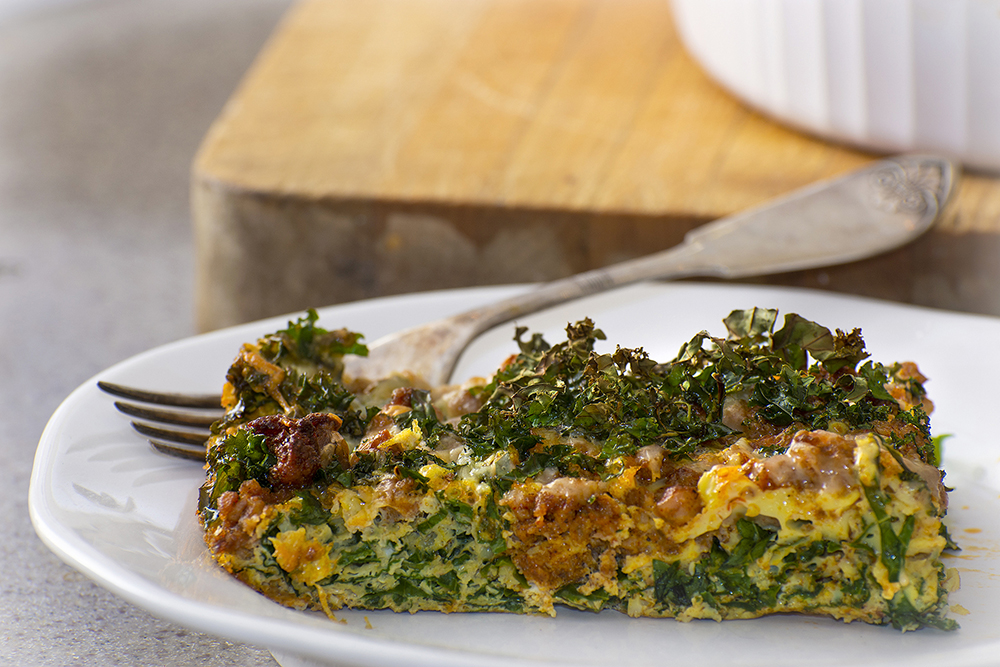 Bluegrass is good for growing kale and kids

The story is familiar: Jenny Howard Owen, shown with son Birch, and her husband, Jacob, were living in Maryland and working in Virginia when they learned they were going to have a baby. They decided to move back to central Kentucky to be near family.

But there was another reason to come home. Jenny, a Blue Grass Energy consumer-member whose career has always been in environmental education, wanted to raise her child “close to the land, having places to run and explore and play, (and providing) healthy ways to get his energy out.”

Birch, now 5, has grown up on 8 acres in Anderson County where the couple gardens and keeps small livestock. “I’ve always had a garden of my own, even if it was just a couple of plants outside my doorstep,” says Jenny.

So, it makes sense for family get-togethers, Jenny uses ingredients she raises, including for her baked eggs recipe.  “It’s a simple dish that doesn’t require a whole lot of ingredients, and I can bring them from my farm,” she says.

“Kale has been consistently one of the easiest things to grow,” says Jenny. “I mix it into everything. I chop it up really fine and put it in muffins, green drinks, soups and salads.” She also parboils and freezes extra kale to use through the winter.