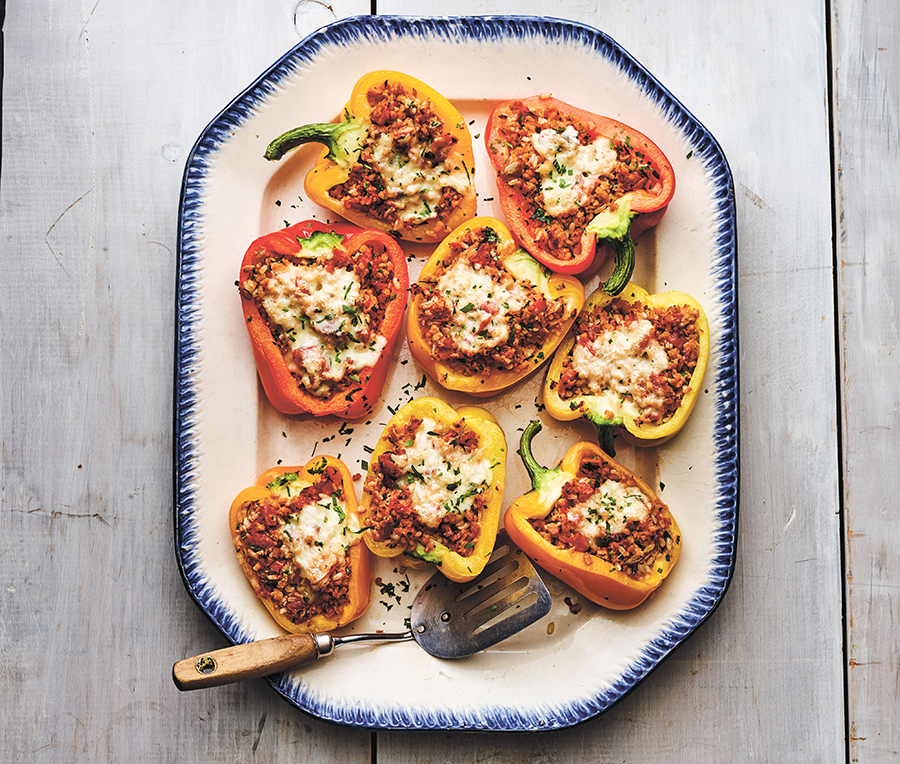 Louisville cook, chef and longtime resident Damaris Phillips, shown, won the ninth season of Food Network Star not just with a fresh take on Southern food, but with the joy, warmth and a humor that she brings to everything she does.

The native Kentuckian, after five seasons of the television show Southern at Heart, while taping the introductory season of The Bobby and Damaris Show with Bobby Flay, and appearing in a variety of other shows (Southern and Hungry, Guy’s Grocery Games), released her first cookbook late last year.

Southern Girl Meets Vegetarian Boy: Down Home Classics for Vegetarians (and the Meat Eaters Who Love Them) brings to the page everything viewers learned to love on television. Through the pages of the book, Phillips exudes the warmth, practicality and that urge to please all the people all the time through the food she is known for.

The Southern girl fell in love with a vegetarian, Darrick Wood, whom she married two years ago. Never having imagined a world without pork or meaty entrees, Phillips says, “I had never been thoughtful about eating.” She grew up with spaghetti and meat sauce, so she made spaghetti with meat sauce. “A lot of the choices I made were choices I made because of tradition, and that was wonderful.”

But meeting Darrick, she says, made her more thoughtful, and “more compassionate about my food choices and other people’s food choices.” For husband Darrick, it is vegetarian food with a full scope of vegetarian protein—from processed soy-based meat crumbles to fermented tempeh; from canned beans to wheat gluten, which will add chewiness to any veggie burger combo you can imagine (cashews, sweet potatoes and black beans; beets and Israeli couscous). The vegetarian ideas in the book are often complemented by full-on meat versions, including fried chicken, meatloaf and pulled pork sandwiches.

“I know so many mixavore families,” says Phillips, and she wants to be able to cook them food they love. “The larger that our community gets and the more diverse our community gets, the more flexible we have to be—and I think that’s great.”