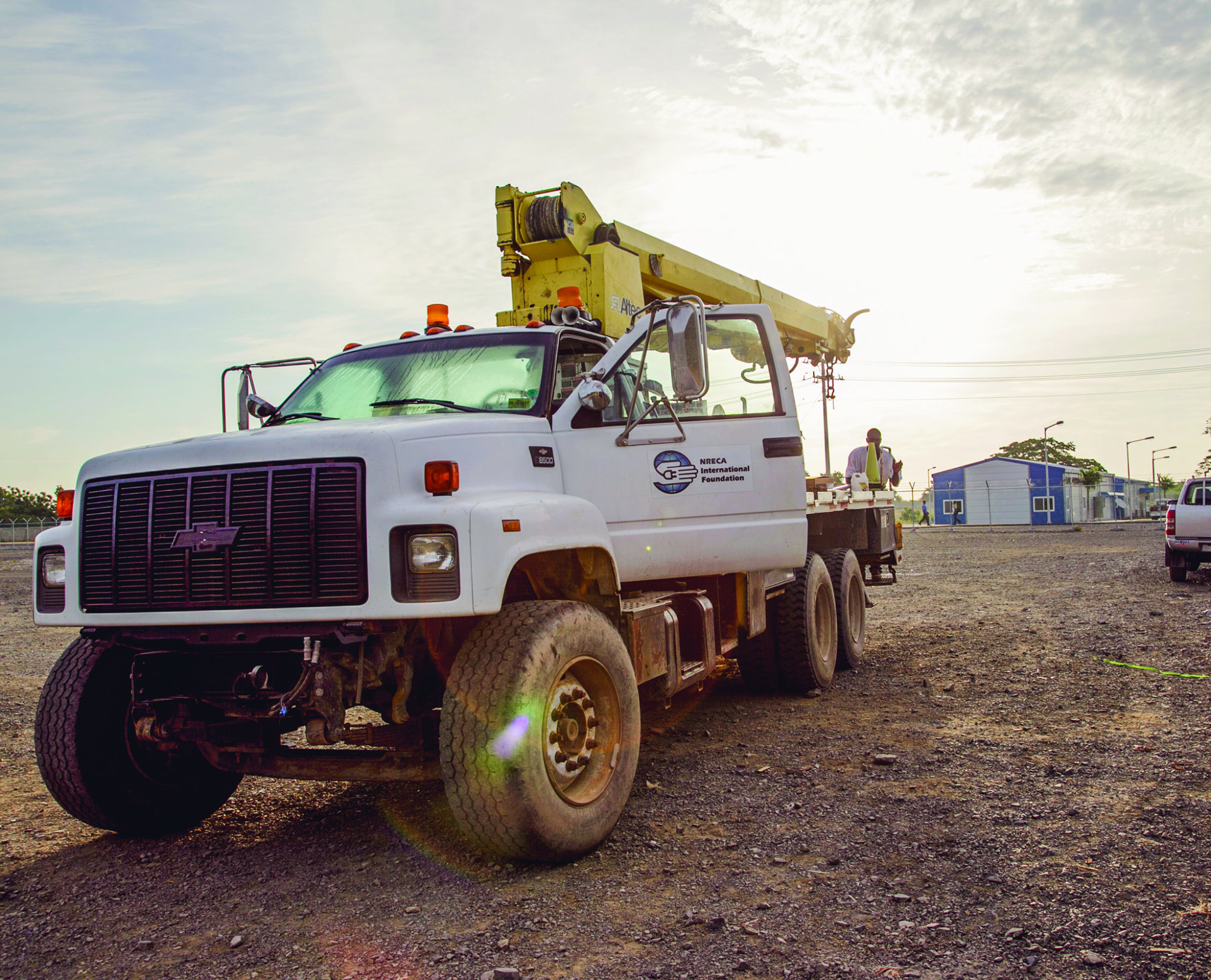 For 50 years electric co-ops have been taking their mission around the world.

The international program of the National Rural Electric Cooperative Association is helping more than 42,000 people in Haiti, 7,000 in Tanzania, 4 million in the Philippines, and more than half a million in Uganda. Electric co-op volunteers, donors, and supporters are helping hundreds of thousands more.

Behind these numbers are families and communities who are beginning a better life. Streets are made safer by streetlights; reading isn’t limited to daytime; doctors have more medicine thanks to refrigeration; and crops are being irrigated not just by Mother Nature, but with the help of powered water pumps. These are simple—yet critical—examples of how strong communities are created and brighter futures are launched.

Over the last 50 years, 110 million women, men, and children in 42 developing countries have gained access to safe, reliable, and affordable electricity. Over these five decades, the NRECA International team and its partners have developed meaningful relationships in these countries with government officials, community leaders, business owners, and families. It’s a critical part in building solid foundations to ensure families and communities have electricity that will last generations.

Here’s a snapshot of the numbers, and the people behind them:

About 36,000 people live and work in northern towns in Haiti where they now have affordable and reliable access to 24/7 electricity, which was not the case two years ago. Today, a new power plant, a more effective distribution grid and power lines, and an established private utility—all managed by NRECA International—provide power to the towns of Caracol, Trou Du Nord, Terrier Rouge, Saint Suzanne, and Limonade. More towns will be added soon. In south Haiti, a new electric co-op was recently born. In early 2013, NRECA International helped establish Coopérative Electrique de l’Arrondissement des Coteaux. Groups of co-op volunteers from NRECA member cooperatives have begun traveling to Coteaux to help more than 6,000 residents benefit from 33 miles of new or upgraded power lines, powered by a solar-diesel hybrid power system.

Work is underway to bring electricity to thousands of people in Tanzania—many for the first time. Partnering with Tanzania’s Rural Energy Agency, the NRECA team is designing two pilot projects that could reduce electrification costs by as much as 50 percent. This means power for more people.

Smart grid in the Philippines

Last year NRECA International began implementing the Philippines Advanced Metering Infrastructure project. Working with the country’s National Electrification Administration, the project will teach seven electric co-ops how to choose, invest in, and use smart grid technology. How will this help? The next time a typhoon wipes out power in remote areas, co-ops will be able to respond efficiently to outages, resulting in more reliable power.

For the last five years, NRECA International has worked with Uganda’s Rural Electrification Agency to develop a new national strategy to expand electric service to rural households and businesses. Recently, a detailed report was completed with recommendations on how it should be done, including off-grid solar energy solutions for people who live in far-flung areas.

Rural electric co-ops and their volunteers are sharing their knowledge and making lasting connections with communities. Among them are:

• Chippewa Valley Electric in Cornell, Wis., recently donated 165 transformers to the Power for Progress Program in the Philippines.

• FEM Electric in Ipswich, S.D., donated a variety of line materials to the electric municipal in Ixcan, Guatemala.

To learn more about how NRECA International improves the quality of life for people around the world, visit www.nrecainternational.coop.