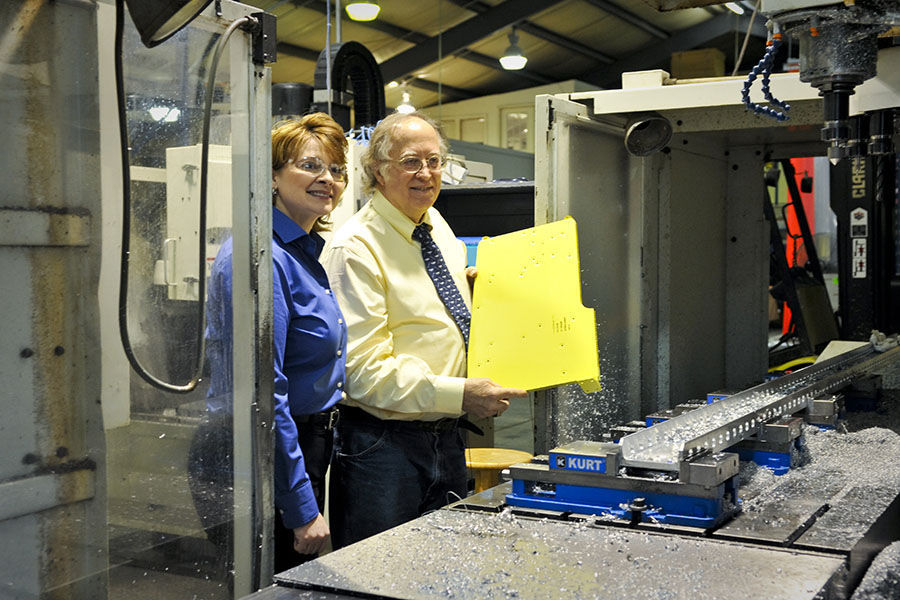 What do jet aircraft brakes and landing systems, auto parts for hybrid cars, and high-tech plastics have in common? They’re all made in Kentucky in advanced manufacturing plants powered by rural electric cooperatives. The connection between affordable, reliable electricity and good-paying jobs goes deep—and because Kentucky’s not-for-profit electric co-ops are vested in their communities, they are working to avttract more businesses to the state, and to encourage established companies to expand their operations.

Finding ways to increase economic development in Kentucky’s rural communities is a huge effort—and it’s getting phenomenal results in all parts of the state.

“By the end of September, companies have already announced investments of over $500 million in expansions and new business ventures for 2016 throughout the 87 counties we serve,” he says. “Whether we get the facility on our co-op lines or not, the people who get the jobs may be co-op members, so our efforts are about building up our communities.”

Thomas says companies decide to locate in EKPC’s service area because of its workforce, transportation logistics, and affordable electricity rates.

“We are competitive with other states, often to the point of being lower. That’s something many people don’t understand, so we like to say Kentucky’s affordable, reliable electricity is the secret ingredient to success,” he says.

Attractive incentives : Jamie Shepherd, director of Community and Economic Development at Jackson Energy Cooperative, one of EKPC’s member distribution co-ops, says, “We work carefully to let companies know about various incentive programs we have and where to find the resources they need that will help increase their bottom line.”

Another key part of Shepherd’s job is getting the word out that in Jackson and Owsley counties gigabit internet service is already available to every business and home. “This broadband capability gives us a jump-start on workforce development and educational attainment,” she says, a key incentive in attracting companies to the area.

At Pennyrile Electric, headquartered in Hopkinsville, Mark Lindsey, vice president for Economic Development and Special Projects, says, “Our co-op’s power is supplied by the Tennessee Valley Authority, and their economic development staff offers all sorts of programs that we participate in to help industries in our area.”

Economic development partners : Shepherd works with area businesses, industrial boards, and the Kentucky Cabinet for Economic Development to answer questions and provide accurate rate information. “The supply of electricity and the cost for that power is very important to businesses,” she says.

Keach says, “When our member co-ops talk with a new prospect about locating a business in our service territory, we are always available to answer questions about how we can meet their needs for reliable electricity.”

She says Big Rivers employees also serve on the boards of local economic development councils. “We’re dedicated to playing an active role in the betterment of our communities,” she says.

Concern for Community is the cooperative principle that guides Pennyrile Electric’s work, Lindsey says. The co-op has recently helped several industrial companies expand in their service area, which has not only increased electric load, but also employment in the community.

“We see ourselves as a community partner. Those new jobs aren’t the only benefit. New additions expand the local tax base for improving roads, schools, and services. That makes our community stronger,” Lindsey says. “And now we are seeing more retail development, with a new mall featuring national-brand stores that our members want to shop in locally. Housing starts are increasing, too. Business expansion makes all our communities stronger and helps them grow in all aspects.”