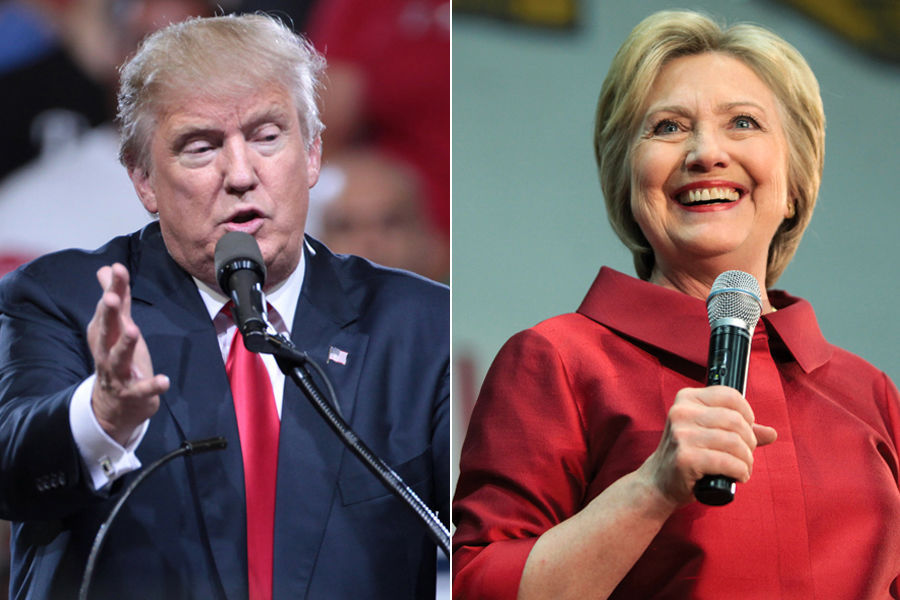 The 2016 presidential rivals Donald Trump and Hillary Clinton may both complain that their respective positions are often mischaracterized by each other and the press, but as Kentucky voters evaluate the campaigns’ energy policies, the candidates offer a clear contrast.

Describing climate change as an “urgent threat,” Democratic nominee Hillary Clinton represents a continuation of the Obama administration’s policies toward regulation, discouraging the use of fossil fuels, and investing in renewable energy. Republican nominee Donald Trump’s energy plan, meanwhile, represents a rejection of Obama administration policies and its regulations. Trump encourages an increase of fossil fuel production toward a goal of “American energy dominance.”

The next president will also determine the balance of the Supreme Court which is expected to be the final arbiter on the Clean Power Plan, the EPA’s new and aggressive limits on carbon emissions. Kentucky Association of Electric Cooperatives warns that the CPP threatens the affordability and reliability of electricity in Kentucky because its time frame is inconsistent with the time needed to build alternative fuel sources.

Clinton supports and would implement the UN Paris Agreement on climate change, backed by significant funding increases to make the U.S. the “world’s clean energy superpower.”

“We are going to put a lot of coal miners and coal companies out of business,” Clinton said at a town hall meeting in March.

Conversely, in remarks at a petroleum conference in May, Trump said, “We’re going to save the coal industry.” Trump also pledges to rescind all of President Obama’s executive actions, including his Climate Action Plan and the Waters of the U.S. rule.

Clinton’s pledge to “move away from coal” comes with another pledge of $30 billion in federal assistance to “revitalize” coal communities with job training and economic diversification. 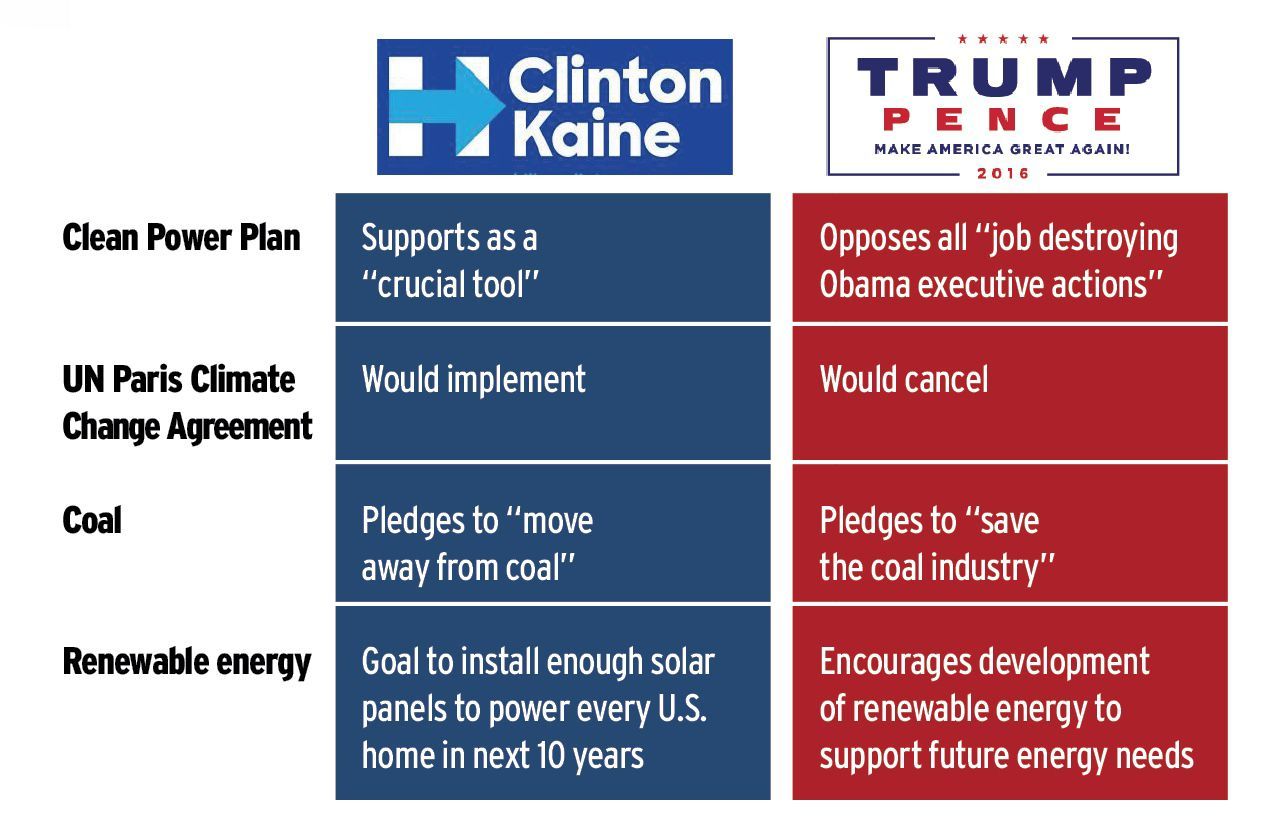 While Libertarian presidential candidate Gary Johnson supports a carbon tax on greenhouse gas emissions, his campaign website argues the government should not “be engaging in social and economic engineering for the purpose of creating winners and losers in what should be a robust free market.”

“The nation can and must have both environmental protection and energy development,” says Michael Zehr, federal policy advisor for the Consumer Energy Alliance. “Anything else is a false choice that inevitably leads to increased electricity and fuel prices for businesses and families who are trying to make already tight budgets work.”

Compared to the presidential race, the contrast between the candidates in Kentucky’s U.S. Senate race is less clear on energy issues, at least on the surface.

“I have focused my energy on defeating their so-called Clean Power Plan.” – Rand Paul

Both Republican incumbent U.S. Senator Rand Paul and his Democratic challenger, Lexington Mayor Jim Gray, say they support an “all of the above” energy policy which includes coal as an important part of the energy mix. And, both favor tax incentives to help areas of rural Kentucky adversely affected by the decline in coal mining.

Yet the Senate candidates differ on the details.

“Given the overwhelming body of evidence supporting climate change, we must move to address the issue” – Jim Gray

While Paul plans “to continue fighting the regulatory onslaught that is suffocating Kentucky coal,” Gray’s middle-ground approach would keep but modify regulations such as the Clean Power Plan.

“Given the overwhelming body of evidence supporting climate change, we must move to address the issue,” Gray tells Kentucky Living, “but a responsible, evidence-based climate policy should not come at the cost of economic growth.”

“While I believe in an ‘all of the above’ energy strategy,” Paul says, “it is not the government’s job to pick winners and losers in any industry, and we must get government out of the way to free up the energy market.”

Gray contends the key to meeting Kentucky’s energy needs is to create and maintain a diverse mix of energy technologies.

Gray says any policy imposing new costs on the coal industry should include offsets in the form of funding for clean coal technology and infrastructure in coal-producing communities.

“Coal is an affordable and reliable power source, and with judicious investments it can be the bridge to our future,” Gray says.

Help for coal country
Kentucky Living asked both candidates what the federal government should do to help areas of rural Kentucky adversely affected by the decline in coal mining.

“I support improving access to eastern Kentucky by transforming the Hal Rogers parkway into a true interstate highway and upgrading the Mountain Parkway into a four-lane highway,” Gray says. “I also support investment in high-speed Internet, which is the highway of the future.”

“What the Clinton-Obama War on Coal has done to our coal producing counties is absolutely devastating,” Paul says. “And we must find a way to combat those hardships.”

For years, Paul has pitched the idea that economically depressed areas could be designated Economic Freedom Zones, which would qualify those communities for reduced taxes and regulations.

“This opportunity would empower communities by leveraging the human capital, natural resources, and business investment opportunities that already exist,” Paul explains, predicting that a lower federal tax rate would incentivize businesses to locate in struggling communities.

“As your senator I will fight for expanded energy sector pilot projects and funding for carbon capture and storage,” Gray says. “We should also make use of existing funds, leaving no stone unturned.”

“My top priority is to grow the economy and make sure it works for all of us,” Gray continues. “To do this, we should make strategic investments in public education and infrastructure.”

“What the people of Kentucky need aren’t handouts,” Paul says. “They need jobs. Job growth would give local communities back their economic freedom.”

The full list of questions and answers from the Kentucky Senate Candidates are available here: