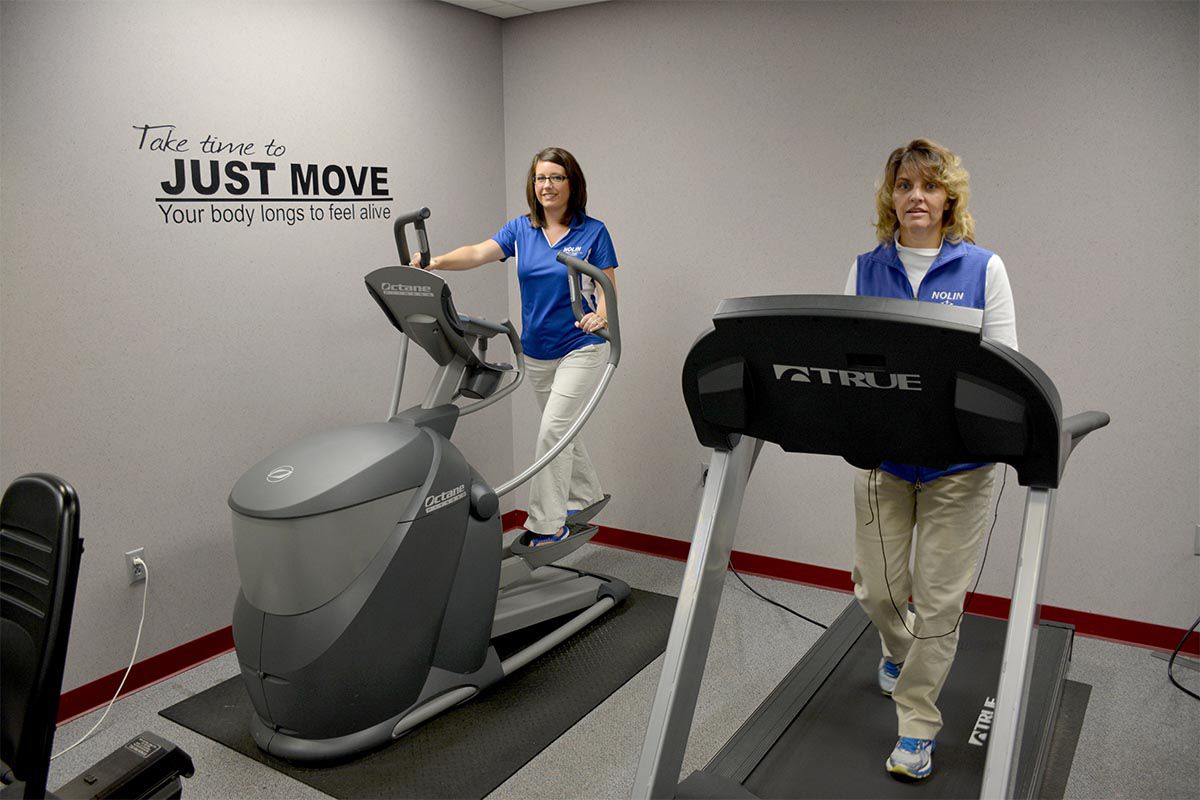 Miranda Hagerdash, cashier associate on the elliptical machine at left, and Shawn Burnham, accountant, on the treadmill, enjoy the convenience of an on-site wellness center at Nolin RECC, based in Elizabethtown. Photo: Patsy Whitehead

The wellness center was part of the plan back in 1997 when part of the co-op moved into a new facility. It was state-of-the-art then—and still is today. The center provides treadmills, elliptical machines, a stationary bicycle, weight machine, free weights, a pull-up bar, even a heavy bag for boxing practice, plus a TV and DVD player for inspiring workout videos. In addition to improving employees’ lives, it also helps to lower healthcare and insurance costs for the cooperative.

Employee Miranda Hagerdash says, “I use the center on my morning and afternoon breaks. At home, it’s hard to find time to squeeze in exercising now that I have two small children. It just makes me feel better and is an escape from the office environment.”

The war against extra pounds
WINCHESTER

During the “war” between East Kentucky Power Cooperative and Clark Regional Medical Center only pounds were lost. The Winchester Walking War is a friendly competition designed to improve employees’ health.
One hundred thirty-three teams of three people each documented the miles they walked on treadmills and elsewhere weekly from September 18 through November 1.

More than half of East Kentucky Power’s work force signed up to participate.

“We encouraged every employee at all our power plants and all locations to get moving and get involved,” says East Kentucky Power CEO and President Tony Campbell.

At Big Rivers Electric Corporation, CEO and President Bob Berry challenged his staff to walk 750,000 steps—that’s 5,000 steps a day from August 1 to December 31. Participating employees received a Fitbit to keep track of their steps, and if they meet the challenge, it’s theirs to keep, free of charge.

“Big Rivers established a new People Strategy in 2015, putting an even greater focus on the physical, mental, and financial wellness of our employees,” says Berry. “We desire to be known as one of the healthiest companies in Kentucky. The Fitbit Challenge is just one of many initiatives we’ve launched to move us closer to that goal.”